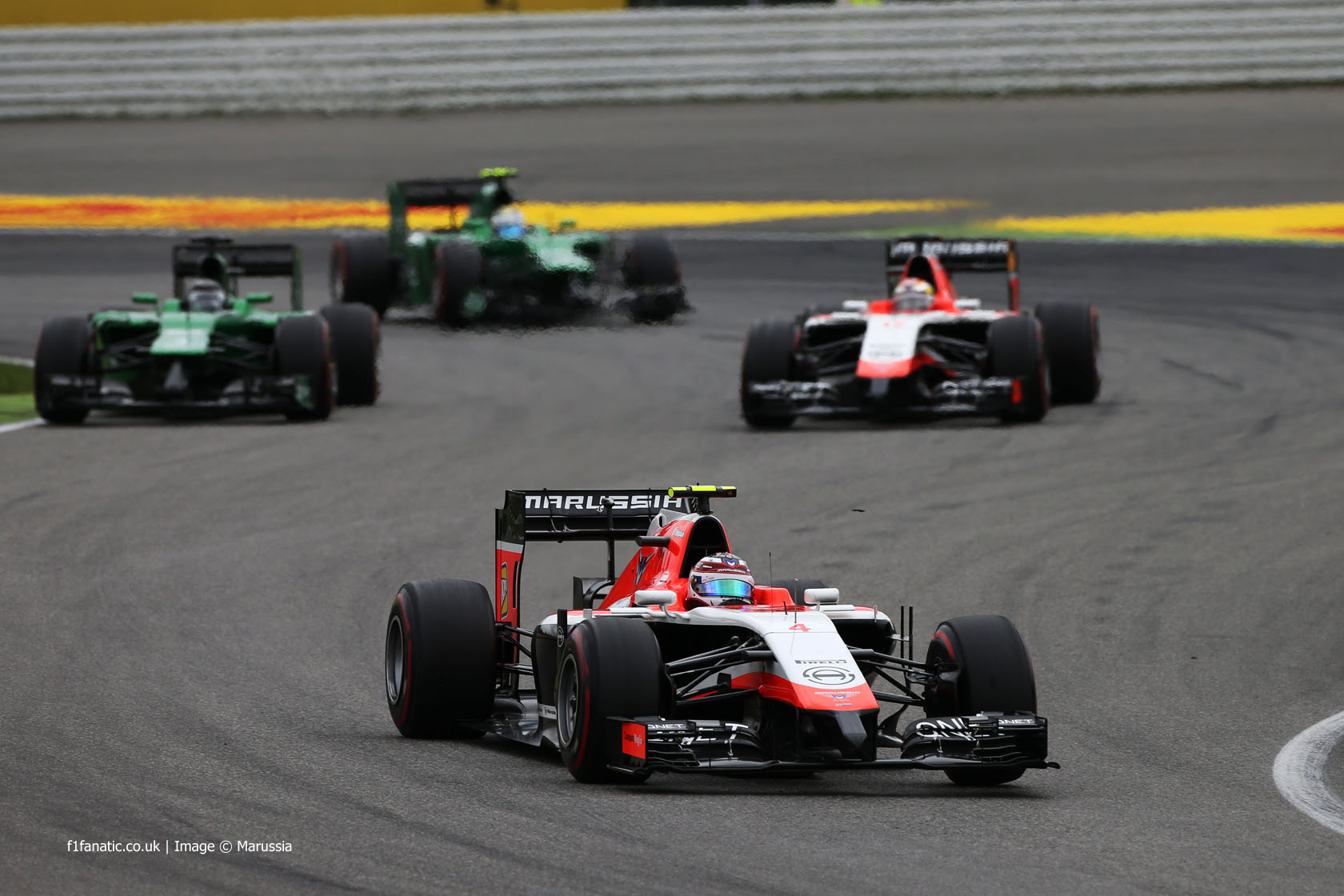 The FIA says the withdrawal of Marussia and Caterham from this weekend’s race shows a need for “equitable participation” between teams in the sport.

In a statement issued on Thursday the sport’s governing body said there is “considerable uncertainty surrounding their participation in the final races of the 2014 championship”.

The FIA also called on the stewards of this weekend’s race to bear in mind the financial difficulties faced by both teams when deciding whether they should be penalised for failing to participate in every round of the championship.

“It is the responsibility of the FIA stewards to determine whether or not a team has failed to fulfil its regulatory obligation to take part in all events on the calendar and to take whatever action they deem appropriate,” it said.

“However, we have every confidence that the stewards are fully aware of the financial situation of the teams concerned and these matters are always assessed with extreme care and due regard for the circumstances involved.”

The FIA said the plight of the two teams, which have gone into administration “once again acutely raise the question of the economic balance of the FIA Formula One championship and justify the position, expressed many times by the FIA, in favour of any initiative that will help reduce costs in order to ensure the survival of the existing grid or attract potential new entrants”.

“As such, the FIA, in close cooperation with FOM and the different stakeholders in F1, will continue to work towards maintaining the attraction of the championship and the equitable participation of the teams in it in the years to come,” it added.

28 comments on “Teams must be put on “equitable” footing, says FIA”