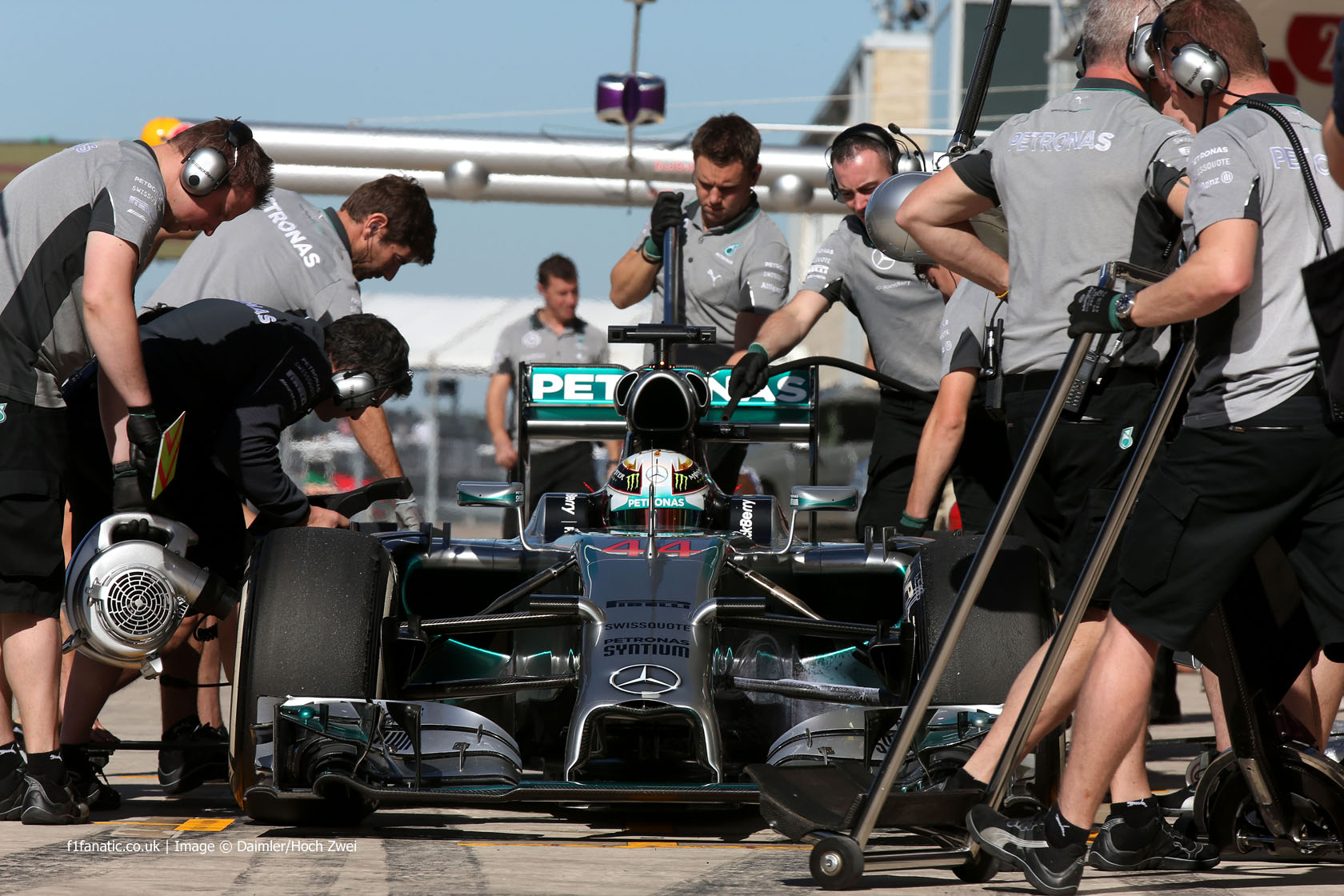 Lewis Hamilton narrowly edged team mate and championship rival Nico Rosberg in second practice – but was then sidelined with a technical problem.

Rosberg initially set the pace when the pair did their performance runs on the soft compound tyre, beating Hamilton by 0.053 seconds. But unlike his team mate Hamilton chose to do another lap, and despite being advised the tyres would drop off by two-tenths of a second, he found a small improvement to pip Rosberg by three thousandths of a second.

Hamilton’s session came to an early end, however. Shortly after reporting a problem with an upshift he was called into the pits for attention to his car.

Rosberg also said he had a problem with a gear change during the session, but his car kept running.

The two Mercedes asserted their usual performance margin over the rest, with Fernando Alonso over a second off Hamilton’s pace in third.

Daniel Ricciardo had a more productive outing in the Red Bull and ended up fourth-quickest. Sebastian Vettel, however, was the slowest of the 18 runners after spending half an hour in the pits at the beginning of the session.

Both the Lotus drivers continued to struggle – first Romain Grosjean and then Pastor Maldonado had spins during the session. Grosjean also experienced trouble with his MGU-K.

As in the first practice session, a test of the new Virtual Safety Car was conducted at the end.