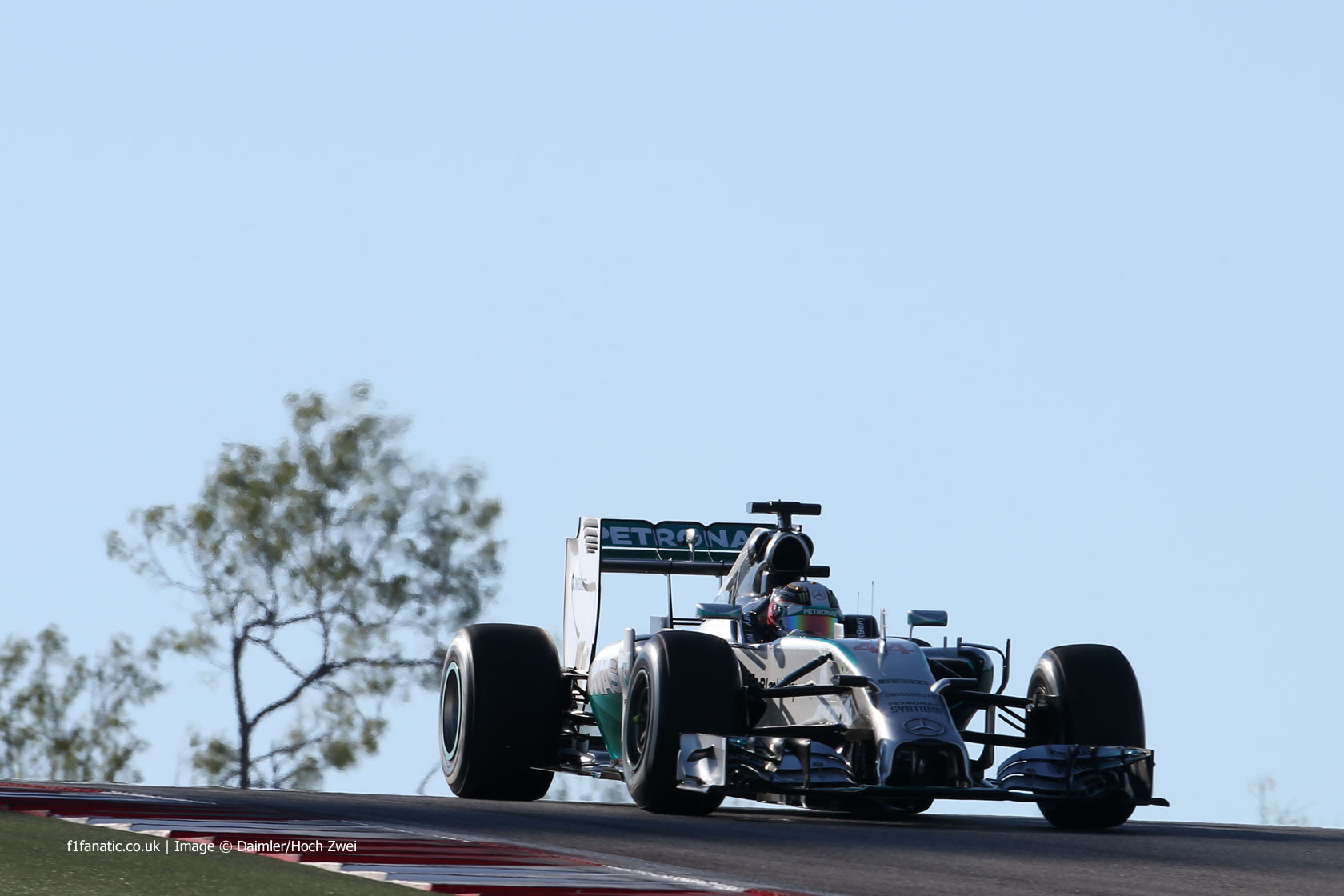 Not for the first time this year, Lewis Hamilton looked like he was going to run the table after practice but it didn’t work out that way in qualifying.

He was clearly vexed by the problem with his brakes which caused him to lock his tyres in Q1 and Q2, leading to a terse exchanger with his team on the radio. This is not to take credit away from Nico Rosberg, who rose to the occasion magnificently and would have been tough to beat even if everything had gone Hamilton’s way.

“The problem was with the left front brake which was down on temperature and kept locking,” Hamilton explained. “Once you lose that confidence and rhythm under braking, it’s very difficult.”

“It is a potential issue for the race but I’ll talk to our guys now and we can have a good look at it. Hopefully we can try and sand down the disc a little and then tomorrow should be better.”

Hamilton was less concerned about the damage inflicted on his tyres during Q2, which are the set he will use at the start of Sunday’s race. But he has another potential disadvantage to beware of. Starting off the racing line has been a major disadvantage for drivers in the previous two races at the Circuit of the Americas. At the first race here in 2012 Ferrari infamously sacrificed Felipe Massa’s qualifying position by needlessly changing his gearbox which moved his team mate’s car forward one place and, crucially, onto the clean side of the track.

Last year from second place on the grid Mark Webber was unable to prevent Romain Grosjean passing him from third and Hamilton doing the same from fifth. This time Hamilton will be watching out for the likes of Valtteri Bottas and Daniel Ricciardo.

Drivers have commented that the track is offering more grip in its third year of use, but they remain concerned about the difference between the two sides of the grid. Jenson Button is one driver who stands to lose out. “It’s frustrating to have qualified on the clean side of the grid but be forced onto the dirty side by a penalty,” he said. “That makes things trickier.”

Ricciardo, meanwhile, is optimistic that being able to start from the clean side of the grid will help him attack Massa at the start. “I’d say we’re better on tyres than the Williams,” he said, “but their straight-line speed makes that advantage disappear.” The improved grip levels at COTA and Pirelli’s decision to bring a softer mix of tyre compounds is expected to make what was previously a one-stop race for most drivers into a two-stopper.

“Thermal degradation is going to be one of the key factors here,” said Pirelli motorsport director Paul Hembery, “which opens up a few different opportunities in terms of strategy”.

“We think that most teams will opt for two stops, although a ‘sprint strategy’ would favour a three-stopper,” he added. Button also raised the possibility of some drivers pitting three times, though past performance suggests he’s more likely to favour fewer stops.

Fernando Alonso, meanwhile, believes two-stop strategies are “inevitable” because “the track surface is much better than in past years, with a lot more grip, but at the same time there’s more tyre degradation.”

Surprisingly, Alonso also admitted Ferrari had considered doing the same as Red Bull and Sebastian Vettel: namely switching him to a soxith complete power unit and starting from the pit lane.

“Before coming here we had thought about changing the power unit,” he said, “but then we opted for one we had already used so as not to start from the pit lane.”

In Abu Dhabi two years ago Vettel finished on the podium after starting in the pits but he doubts he’ll be able to repeat that on Sunday. “Seventh would be a good result,” he said.

Will Rosberg’s pole position allow him to halt Hamilton’s run of four consecutive wins? And where will Vettel finish after starting from the pits.