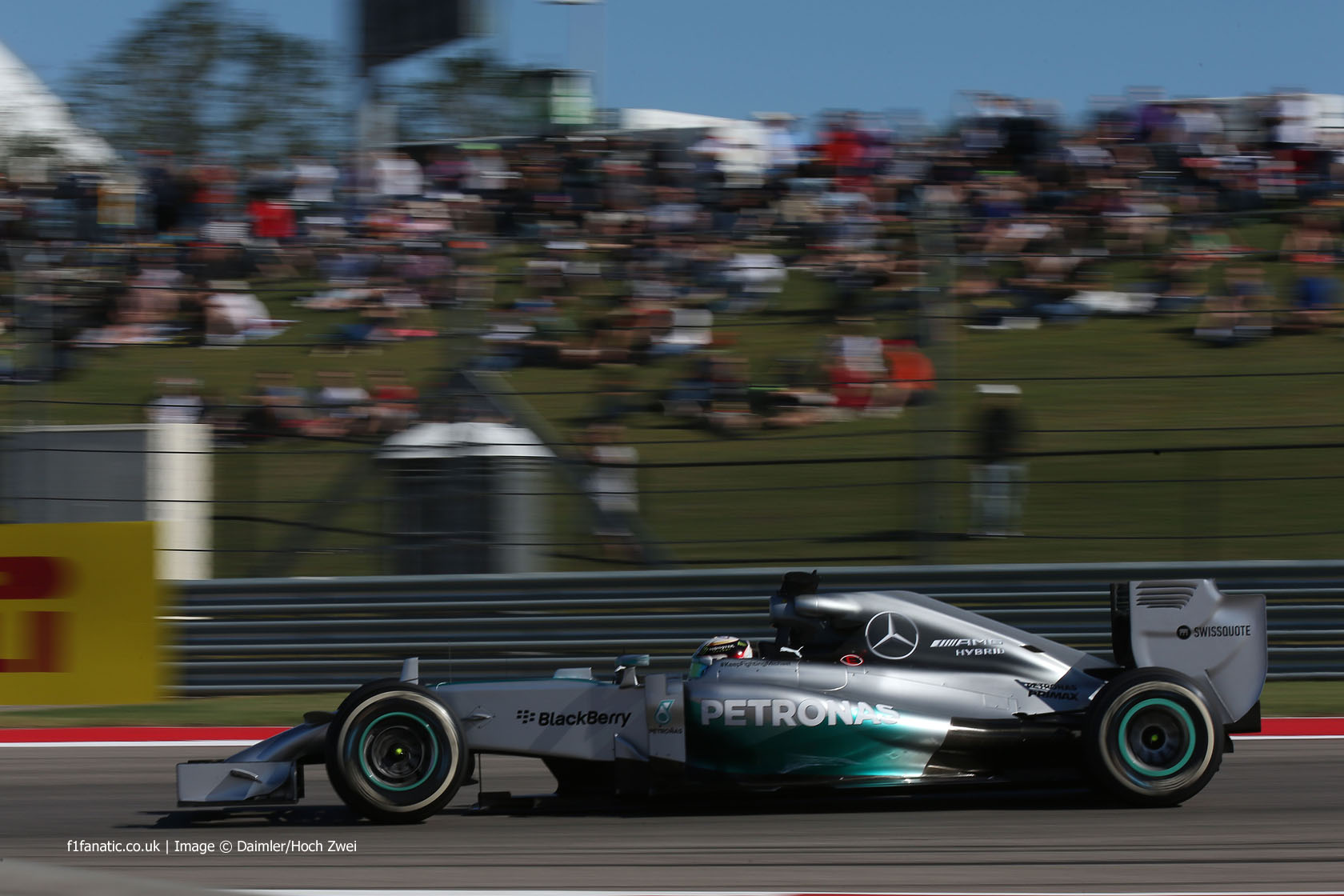 Lewis Hamilton completed a clean sweep of practice sessions at the Circuit of the Americas by heading the final hour of running ahead of qualifying.

The Mercedes driver lowered the best time of the weekend to a 1’37.107 but team mate Nico Rosberg was over eight tenths of a second slower. Rosberg was twice called into the pits to have his brakes examined as the team addressed an offset in performance between the two sides of his car.

It wasn’t plain sailing for Hamilton either, who spun his car at turn 12 towards the end of his running on the medium tyres.

Williams showed their hand in final practice but their quickest driver, Felipe Massa, was well over a second slower than Hamilton. Valtteri Bottas ensured the Grove cars were decisively best of the rest.

Fernando Alonso was fifth-quickest for Ferrari while Kimi Raikkonen, ninth, was troubled by a vibration on his car.

Daniel Ricciardo put Red Bull sixth. Sebastian Vettel concentrated on his race set-up in the other car, as his pit lane start penalty means he has nothing to gain from refining his one-lap pace.

Both Force Indias made it into the top ten but the fastest McLaren was no higher than tenth. Tyre warm-up in the cool conditions of Saturday morning proved a particular problem for Jenson Button.

11 comments on “Hamilton ahead again as brake trouble delays Rosberg”