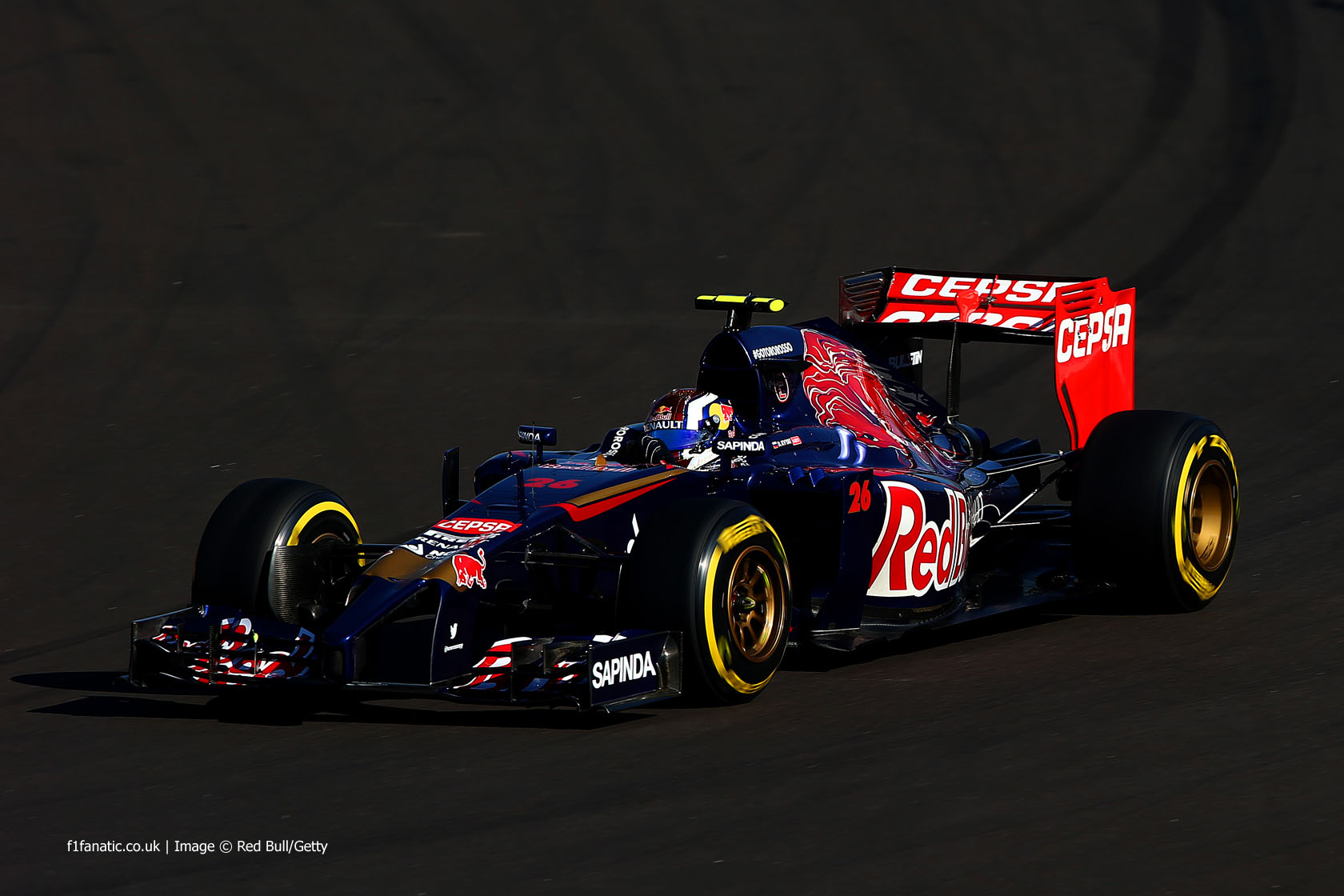 Daniil Kvyat has become the third driver to receive a grid penalty for the United States Grand Prix.

The Toro Rosso driver will be moved back ten places on the grid after changing to his seventh internal combustion engine (ICE) of the season. He is the first driver this year to take a seventh power unit component this season.

Jenson Button has already been given a five-place grid penalty for a gearbox change and Sebastian Vettel will start from the pits having changed his entire power unit.

4 comments on “Kvyat joins Button and Vettel with grid penalty”