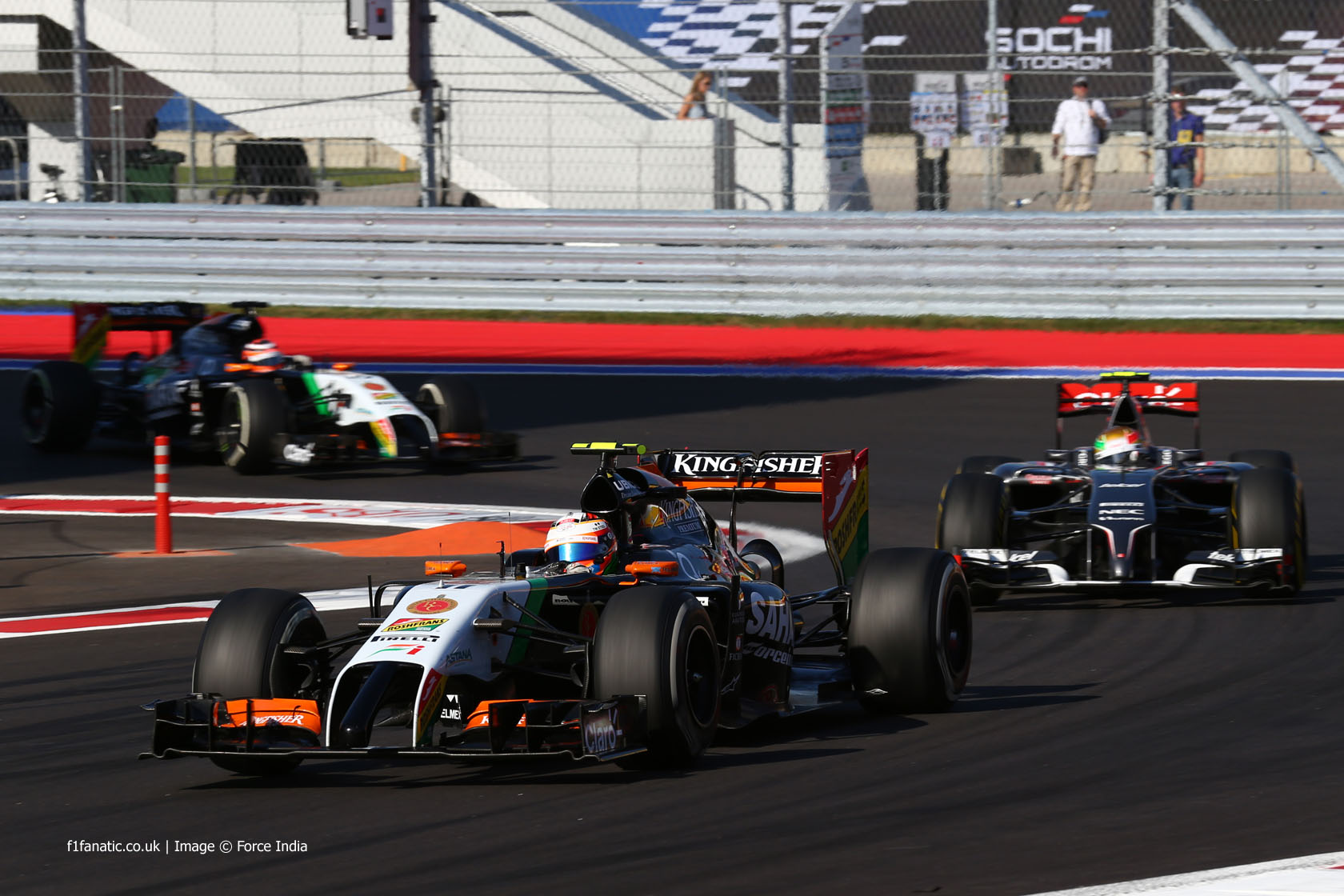 Rumours persist that three teams could boycott this weekend’s United States Grand Prix in an effort to force those in charge of F1 to take action over costs.

Force India, Lotus and Sauber have been linked to a potential withdrawal from the race in reaction to the loss of two teams since the last round of the championship.

Representatives from the three teams made it clear during yesterday’s press conference they expect the sport’s commercial rights holders (Bernie Ecclestone and CVC) and governing body (the FIA) to improve the distribution of revenue and reduce costs to prevent further teams from collapsing.

But it is necessary for them to pull out of a race to make that point?

The fact two teams went into administration after the Russian Grand Prix may have been a shock but could hardly be described as a surprise. F1’s smaller teams have been warning for months if not years that rising costs and the unequal distribution of revenue would cause this to happen.

But nothing was done, and the three most vulnerable teams may feel this is their best opportunity to force Ecclestone to respond. It will not have escaped their attention that the FIA behaved in an accommodating way towards Marussia and Caterham, even encouraging its own stewards to take the financial situation into consideration when responding to their absence from the race.

At a time when the sport is on the verge of a crisis, a boycott could tip it over the edge. And threatening to do so in the United States is certain to hit a nerve – this is a vital market for Formula One and many will recall the dismal spectacle of the six-car grid which lined up in 2005 due to another political row.

However the boycotters could weaken their own position as well as damaging the sport. If they do not take part in the grand prix but an entertaining race goes ahead, it will invite the question of whether the sport needs them in the first place.

Ecclestone has rigged F1 against the smaller teams by excluding them from the Strategy Group and paying their rivals huge sums. If they are forced out, F1 will be a poorer spectacle with even smaller grids.

Three-car teams is a sticking-plaster – it will not solve the fundamental problem of F1’s unworkable revenue structure, and leave it with a dangerous over-reliance on a diminishing number of teams supplying a larger proportion of the grid.

It would be a remarkable show of unity if the trio did pull out. Force India are punching above their financial weight in their battle with McLaren, and Lotus and Sauber could stand to gain by racing – particularly the latter who have their highest qualifying position of the year thanks to Adrian Sutil.

But Marussia’s plight – falling into administration despite holding their best-ever position of ninth in the constructors’ championship – shows that even success on the track may not save them from financial oblivion. Forced into an increasingly desperate situation, desperate measures may be all that remain – and by leaving FOM unable to meet its obligation to provide at least 16 cars, this may be their strongest card. With the future of F1 at stake, they deserve a measure of support, albeit grudgingly as no one really wants to see it come to this.

Should Force India, Lotus and Sauber boycott the race to demand action on F1 costs?

120 comments on “Should teams boycott race to force action on costs?”