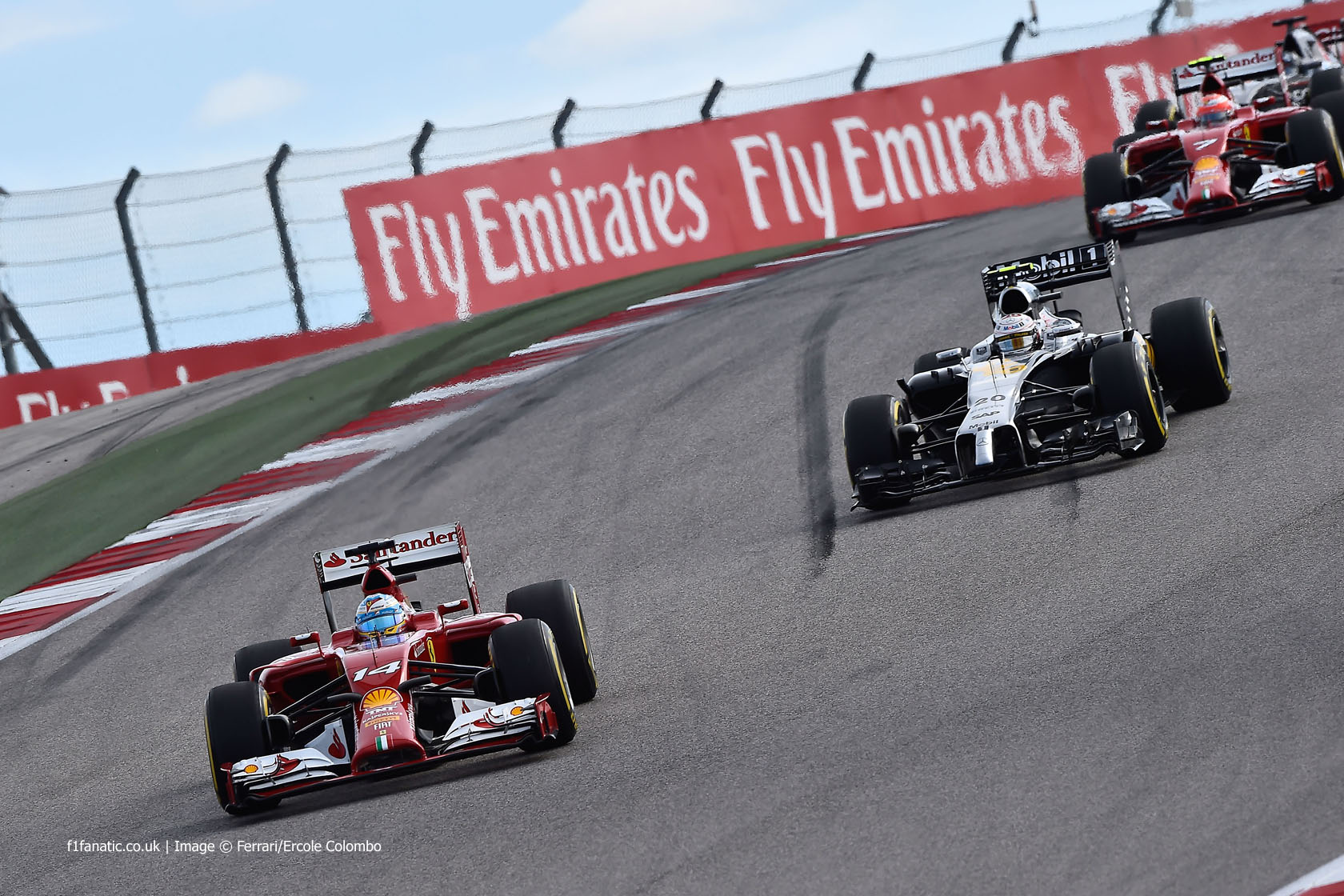 Fernando Alonso pipped Sebastian Vettel to sixth place after coming under pressure from the Red Bull driver at the end of the race.

The pair traded blows following Alonso’s final pit stop: Vettel, who had started from the pits, briefly got ahead, but Alonso’s fresher tyres allowed him to reclaim the position in the DRS zone.

A late pit stop allowed Vettel to come back at him, and at the end of the race the pair were separated by just half a second. Crucially, Alonso had broken free of the slower Mclarens earlier in the race after coming out on top in a scrap with Jenson Button.

It was another frustrating race for Kimi Raikkonen, however. He suffered damage on the first lap when he was hit by Sergio Perez, and that may have contributed to the difficulty he had looking after his tyres. That later forced him to make an extra pit stop with three laps to go.

Ferrari said both the medium tyres did not perform as well as expected for both drivers, but Raikkonen’s problems were particularly acute. “The collision with Perez might have damaged the left-rear on Kimi’s car and unfortunately he then had traffic on his second stint and excessive degradation that meant he had to make an extra stop,” said technical director Pat Fry.

“When we get the car back, we will try and see if there’s something wrong with it, although an initial look at the telemetry data revealed nothing.”