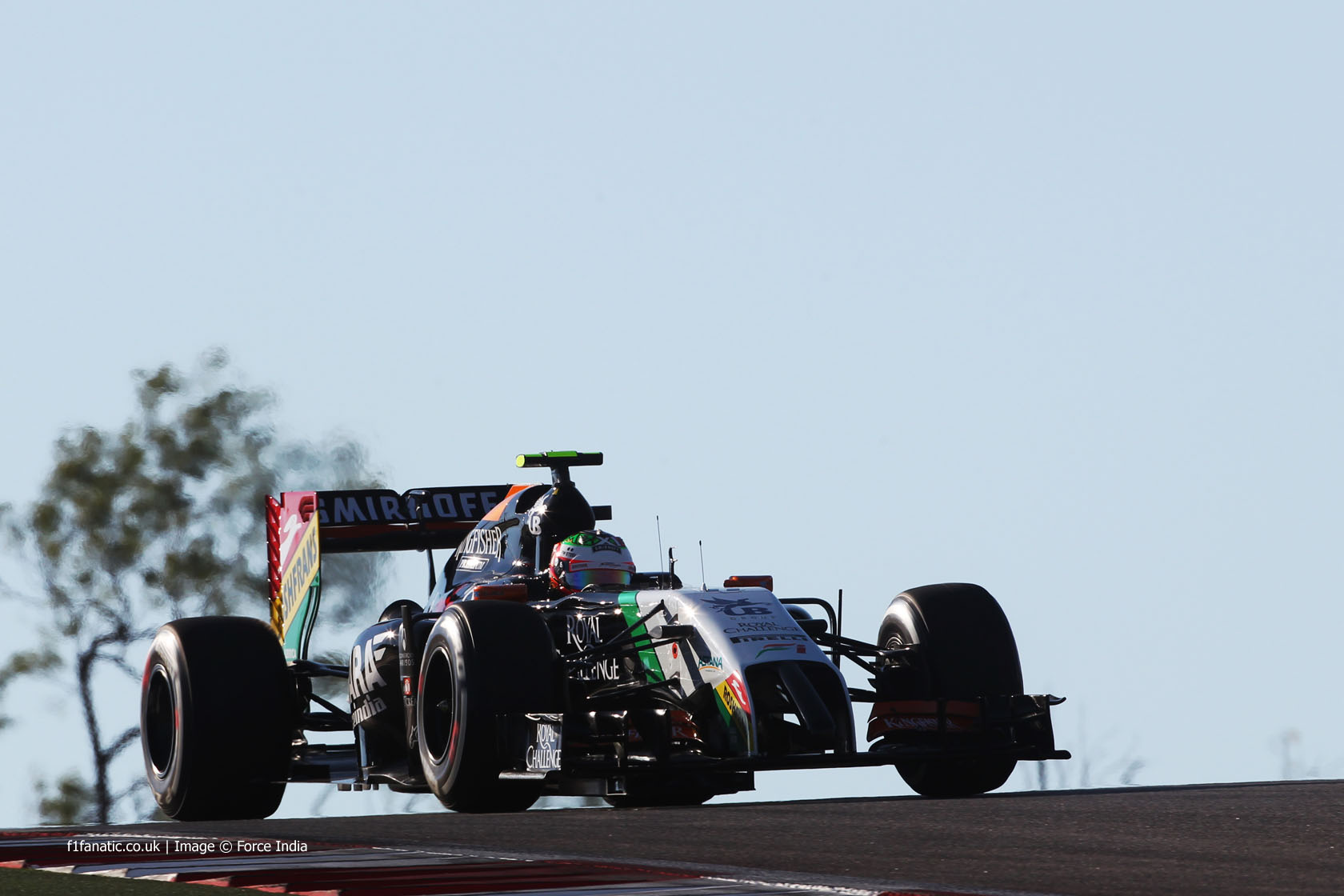 Sergio Perez has been given a seven-place grid penalty for the next round of the championship after colliding with Adrian Sutil on the first lap of the United States Grand Prix.

The stewards deemed his attempted overtaking move on the Sauber driver “reckless” and said Perez “could not reasonably have expected to complete the manoeuvre”.

In addition to his grid penalty, Perez was given two penalty points on his driving licence, the first he has received this season.

Perez said the collision was “unfortunate” and said the Ferrari of Kimi Raikkonen had contributed to the accident.

“I made a move on Adrian at turn 15 when he left the door open, so I went up the inside. Then Adrian started to close the door and I had to try and brake later than him. By doing so I was unable to avoid contact with Kimi, which caused me to make contact with Adrian also. I just didn’t expect Kimi to be in that position.”

“It’s a big shame because I had a great chance to keep up my run of points finishes and I was determined to do well in such an important race. I feel very sorry for all my fans who came to support me this weekend and I’m disappointed I could not give them a race to remember.”

Sutil, who started from Sauber’s highest grid position so far this year, described the contact as “completely needless”.

“It is very disappointing that we missed our biggest chance of points because of this move,” he added.

Three other drivers received penalty points after the race. Jean-Eric Vergne, Pastor Maldonado and Esteban Gutierrez were each given one point for failing to to slow sufficiently during the Safety Car period. Maldonado is now on five points, Vergne two and Gutierrez one.

The stewards also confirmed Daniil Kvyat will also be relegated seven places on the grid in Brazil. He was given a ten-place penalty for an engine change this weekend but only lost three places.