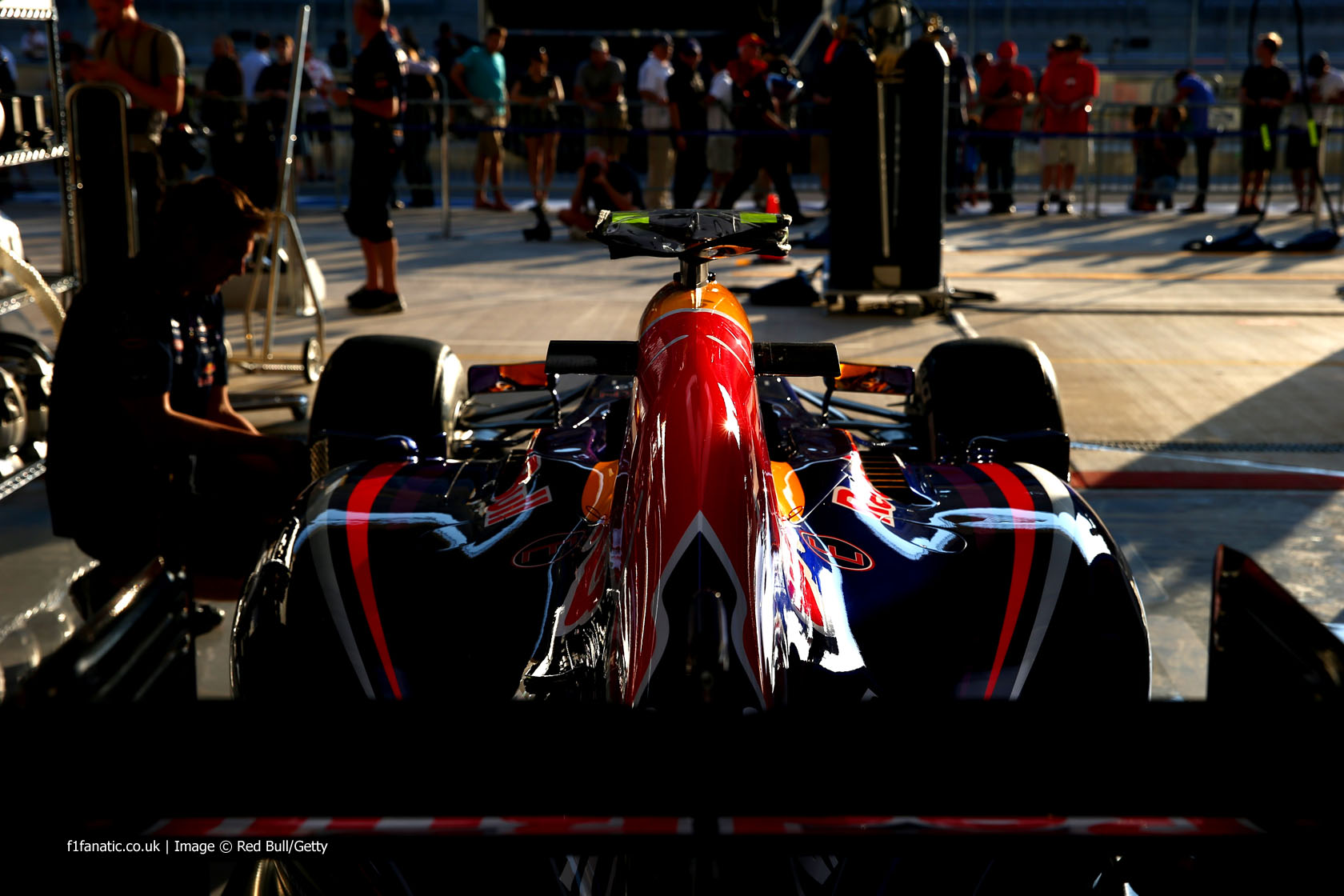 AUSTIN, TX – OCTOBER 30: A general view of the RB10 in the Infiniti Red Bull Racing garage during previews ahead of the United States Formula One Grand Prix at Circuit of The Americas on October 30, 2014 in Austin, United States. (Photo by Mark Thompson/Getty Images)