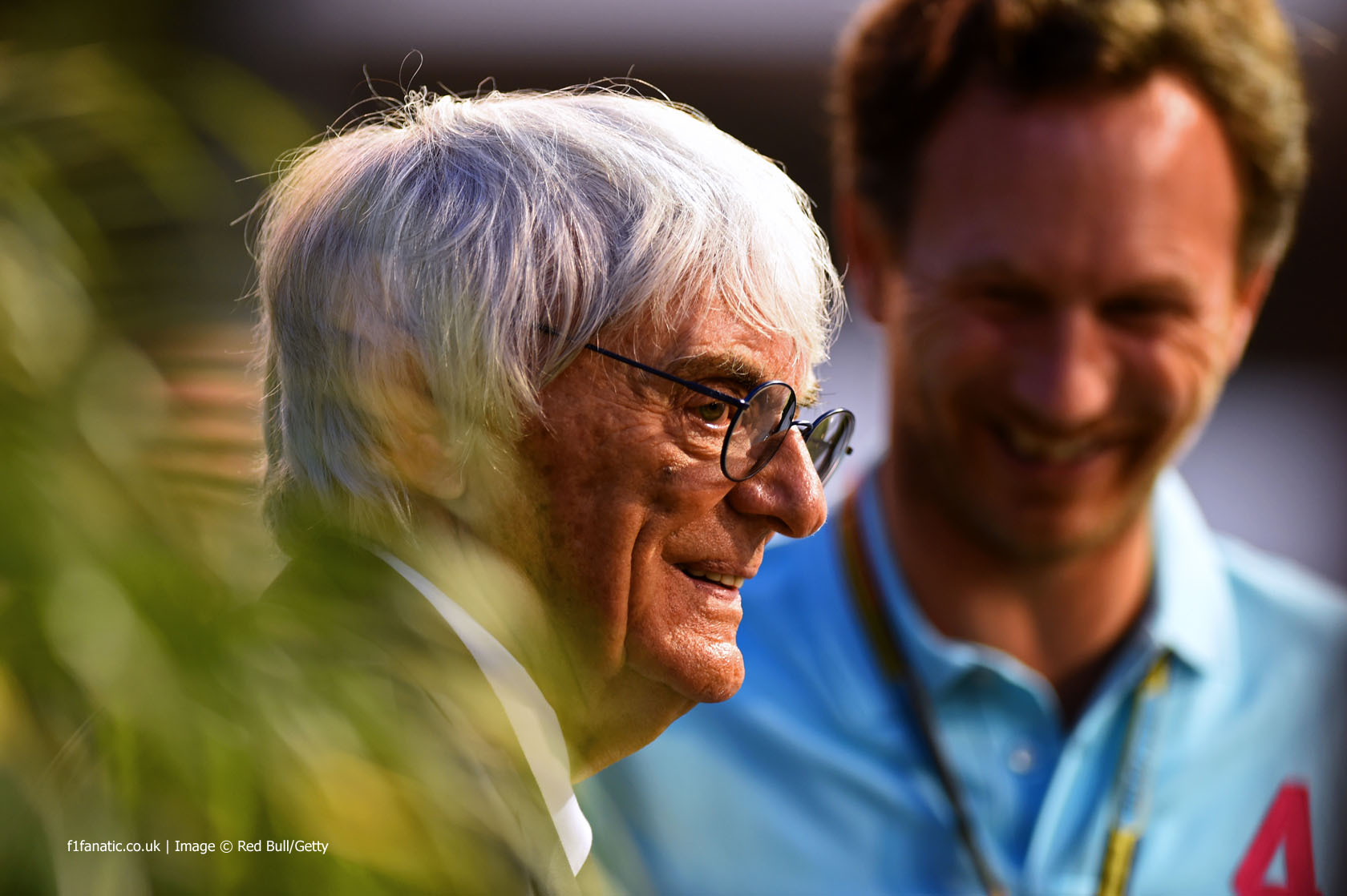 In the round-up: Bernie Ecclestone denies F1 faces a crisis as the loss of two entrants within days of each other leaves just nine teams contesting the final races.

F1 not in crisis – Ecclestone (BBC)

“People say F1 is in crisis. Absolute nonsense. We’ve had a couple of teams in crisis.”

Vijay Mallya: “He recognises that the three smallest teams need to get more money in one form or another. We presented our case, he said he’d talk to Donald and get back to us.”

“Force India principal and co-owner Vijay Mallya has silenced any further talk of a Formula One boycott, saying his team never intended to do anything other than race.”

“I think it’s a disaster. We don’t want begging bowls. If people can’t afford to be in Formula One they have to find something else to do.”

Claire Williams: “We really thought he could have separated the Mercedes cars today.”

Lewis Hamilton: “I’m going to work as hard as I can tomorrow…” (Adam Cooper’s F1 Blog)

“There should be several, two or stops, so lots can go on during the race. So I’m generally excited and it’s not the only opportunity off the start.”

“The matter means that for now the engine freeze rules are staying in place for 2015, and there is now only limited time to find a deal before an F1 Commission meeting takes place later this month.”

Emmo on the boys from Brazil (McLaren)

“As I crossed the line to finish second, and drove around the slow-down lap with one arm aloft, saluting my fellow countrymen, I suddenly felt profoundly exhausted.”

F. O'Connell: "Nearly 1/4 of the way to our target to race at Abu Dhabi. NEW potential owner impressed by spirit of Team" #RefuelCaterhamF1

Mallya knew of story in #TheTimes and did not deny or amend ….

A week ago, Mallya said all actions were on the table and didn't deny boycott and Bernie confessed everything had gone pear-shaped

F1 qualifying doesnt get much closer than that! P5 looks quite good after bottom of the list in P2. Obvs learnt a lot about the car… #blah

Why are the cars so much quicker in Brazil this year?

Apart from the resurfacing and the teams improving their cars I think the fact that we have turbos at this altitude for the first time for a long period of time is playing a role.

And this track is optimal for the recovery systems due to the layout and short length. Because the regulations limit the amount of energy that can be deployed or recovered per lap, not per a set distance. (which is quite silly I think, though grand prix tracks are overall quite similar in length, there is a lot of variation for the margins F1 operates at.
@Mateuss

63 comments on “Ecclestone: Crisis? What crisis?”