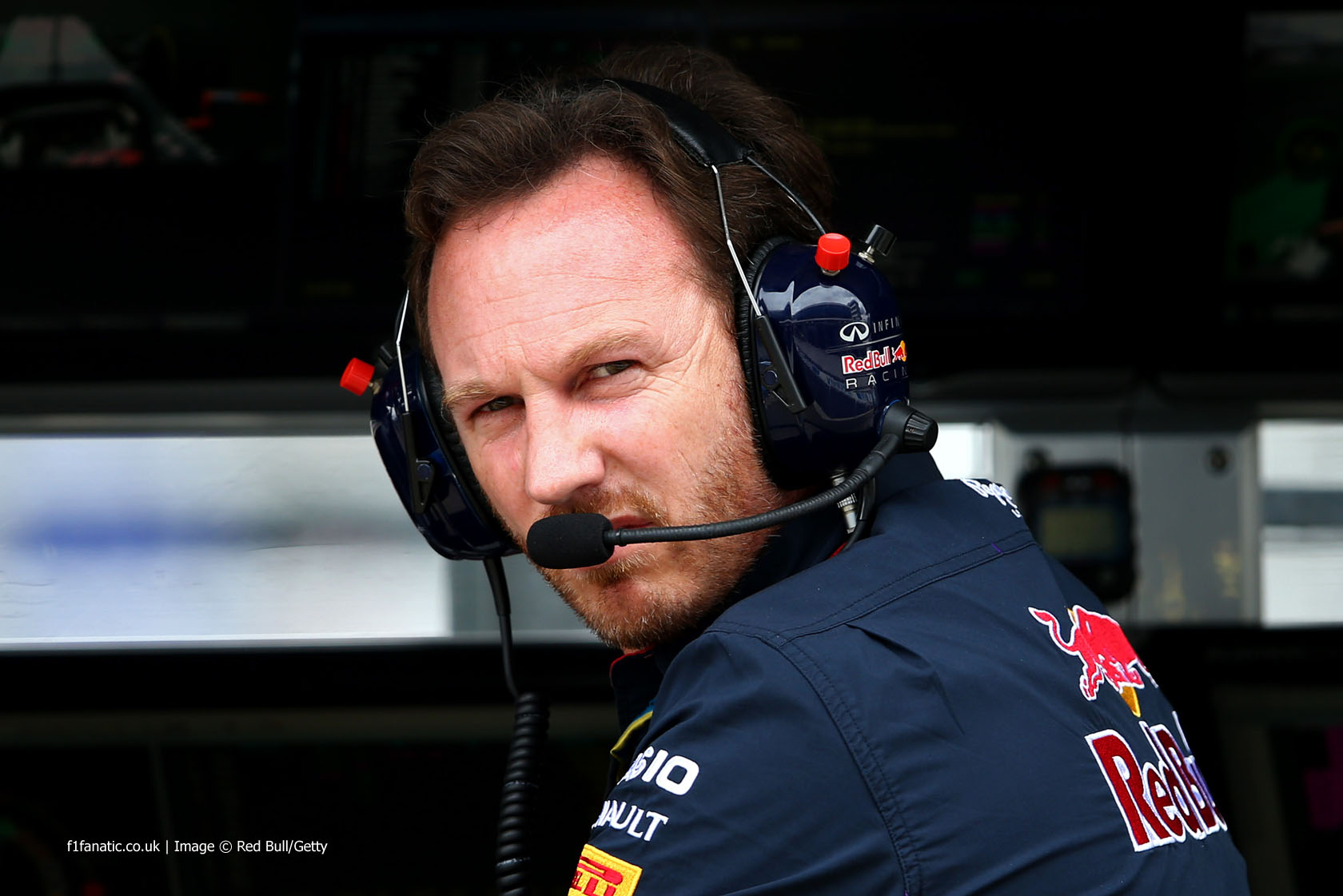 In the round-up: Red Bull team principal Christian Horner says the costs associated with the V6 turbo engines are to blame for the loss of Marussia and Caterham, as Mercedes’ rivals lobby for greater development freedom.

“The costs of these power units has driven two teams out of this sport already and it is a big issue.”

“Hopefully double points will not make a difference. It would put a big shadow over the championship if it was turned by a technical issue.” “According to well-placed sources, plans for the inaugural race are much farther along than most expected, and the track, Losial [sic] International Circuit, is likely to join the calendar in 2016, or 2017 at the latest.”

“Fernando Alonso’s switch to the McLaren Formula One team is set to be confirmed before the Abu Dhabi Grand Prix, once the team knows who his team mate will be.”

“The budget for the Milton Keynes-based team, who go into the season-ending Abu Dhabi Grand Prix on 23 November with no chance of winning a fifth consecutive World Championship, stands in stark contrast to the sport’s backmarkers, who spend well under half of that figure.”

“It has been said that he almost single-handedly created the French F1 boom in the 1970s and 1980s.”

F1 teetering on the precipice (ESPN)

“A two and half hour summit meeting of team principals and Bernie Ecclestone yielded no clear progress on Saturday night and left the sport’s three smallest teams convinced there is some kind of agenda in place.”

“While Formula One has Hamilton it doesn’t need the ridiculous contrivance of double points in Abu Dhabi, which has cheapened what has been an extraordinary, thrilling season, much better than this shambolically run sport deserves.”

I hope the powers of be ,and Teams can get together, to .help and secure more cars on the grid in the future .F1 is the greatest spectacle

Well that was fun yesterday😊! Feel we got max out of it! Pace was mega & Great Team effort! Thanks @clubforce Now prep for the Finale😀👍

F1 highlights only averaged 3.26m (13.2%) on @BBCOne in the middle of primetime, very disappointing number. @overnightstv

McLaren deny they'll take a B-spec car to the last GP. We'll see some updates, but definitely not a B-spec car, they say

Old gripe but valid one.Too easy it was to overtake in to Senna Esses yesterday? An insult to geography/name of that corner.Too much DRS #F1

Is F1 doomed to become increasingly corporate and unappealing?

The financial model that has been set up means revenue for the shareholders is the primary objective. If smaller teams become a hindrance, they’ll be ditched in pursuit of higher profits.

The way F1 seems to be going is inevitable, given the financial model that has been adopted.

But I won’t be paying much attention to F1 if the smaller teams are forced out in pursuit of profit for shareholders. Even modern day soccer, driven as it is by the very rich teams, allows the minnows a chance at glory.

I don’t find the idea of watching a sport, comprised solely of huge, corporate entities even remotely appealing. The soul and the spirit of F1 would have been lost.
@McKenzie

One years ago today Daniil Kvyat earned his superlicence. Less than 12 months later he was announced as Red Bull’s next driver alongside Daniel Ricciardo for 2015:

154 comments on “New engines to blame for teams collapsing – Horner”