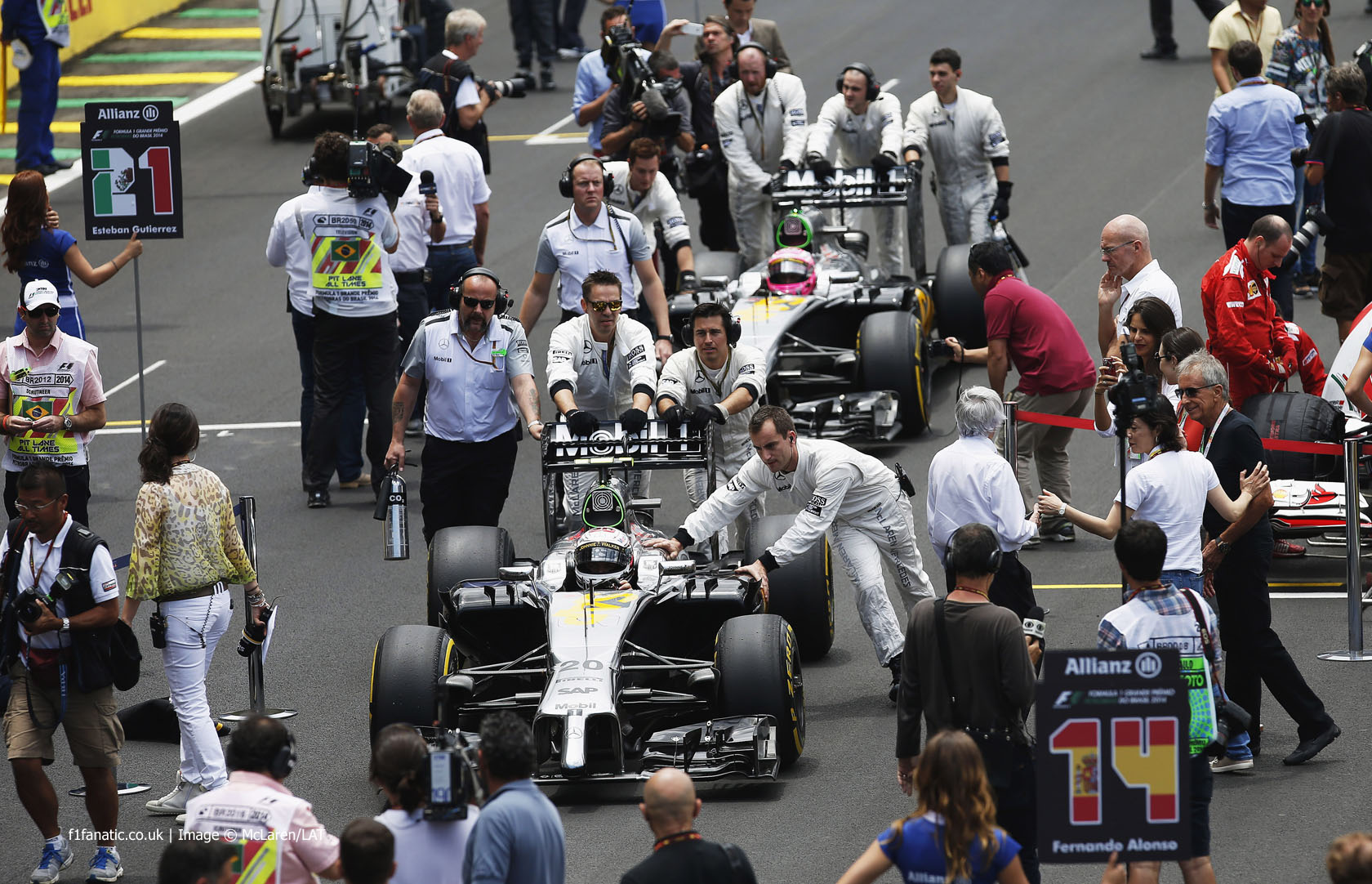 This has produced some of the most formidable line-ups Formula One has ever witnessed: Niki Lauda and Alain Prost, Alain Prost and Ayrton Senna, Fernando Alonso and Lewis Hamilton, Lewis Hamilton and Jenson Button.

Now as the team prepare to reunite with Honda, with whom they enjoyed their most successful seasons ever from 1988 to 1992, McLaren face a difficult choice over who will drive the MP4-30s next year.

They may be about to bring back the driver many consider the best in the sport today, but one who also split with the team in highly acrimonious circumstances a few short years ago.

His arrival could displace another world champion, one who has been a loyal member of the team for five years, or the their latest star of the future.

Who should McLaren hire to race for them next year? Here are the leading candidates.

He’s a world champion, the most experienced driver in Formula One today, and his history with Honda makes Button an obvious candidate to remain at McLaren next year.

While it’s true that Button is usually found wanting when it comes to one-lap pace, he reliably gets the job done on race day. It’s 9-9 between him and Magnussen in qualifying this year, but Button emphatically leads 13-3 in terms of race results.

Button has been up against a world champion at McLaren before, and on that occasion he out-scored Hamilton during their three years together. Will he find himself alongside another champion next year?

Widely considered one of the best drivers in F1 today, the question of whether McLaren is more a matter of whether a relationship which failed so spectacularly seven years ago can be remade.

Ron Dennis has previous said a reconciliation with Alonso would not be easy: “Would I be able to eliminate in my mind the negativity that he caused to everyone? No, of course not.”

But rumours about a return to McLaren for Alonso have been circulating for over a year. Sebastian Vettel’s impending departure from Red Bull, seemingly to replace Alonso at Ferrari, is a further pointer that Alonso is about to make a move which once seemed unthinkable.

Second place in his first ever race start probably served to set expectations too high for what Magnussen could achieve in the rest of his rookie season. But aside from a few first-lap tangles with Kimi Raikkonen at the beginning of the year he has generally impressed with his speed and maturity.

Magnussen has finished every race bar Bahrain, where his car broke down. Although his points haul is little more than half of Button’s, it bears pointing out that while Magnussen had never raced on several of the tracks he visited this year, Button has over 250 starts to his name.

So there’s good reason to believe Magnussen can be an F1 star of the future, and he’s likely to be a less expensive option than Button.

McLaren are not short of talent in their young driver programme.

Stoffel Vandoorne finished second in the Formula Renault 3.5 championship last year – behind Magnussen – and may do the same in GP2 this season. He’s arguably been the most impressive driver in F1’s premier ‘feeder series’, winning on his debut and leading the last three qualifying sessions.

But McLaren aren’t short of options for their F1 team next year, and the prospect of them promoting a rookie for the second year in a row seems decidedly remote.

Which drivers should McLaren hire for 2015? (Select two)

View the current list of 2015 F1 drivers and teams

241 comments on “Button, Alonso, Magnussen: Who should McLaren run?”