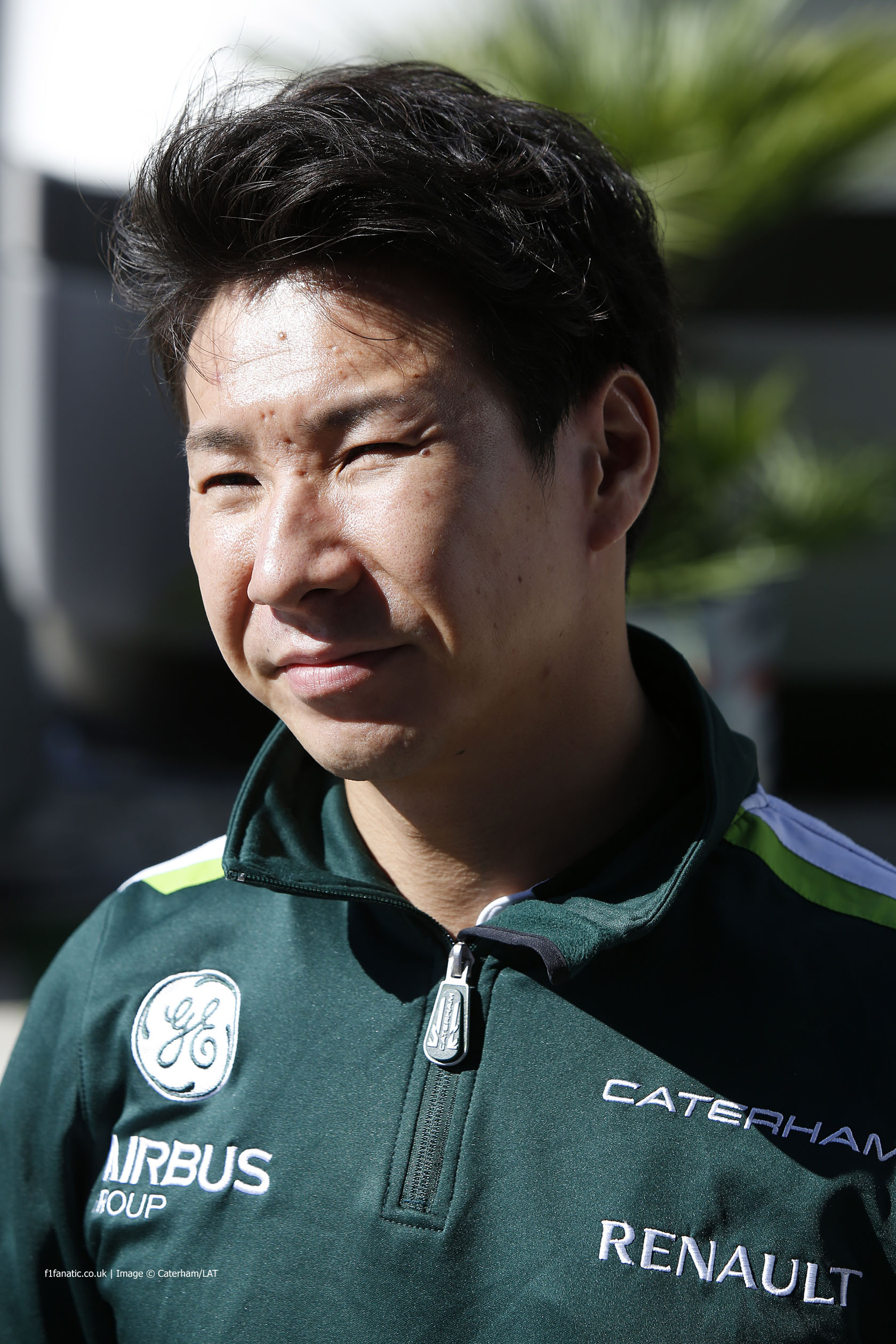 Caterham has confirmed Kamui Kobayashi as one of the two drivers who will race for them on their return to Formula One for next weekend’s season finale.

Kobayashi had driven all bar one of the races the team had participated in this season before they went into administration following the Russian Grand Prix.

“It hasn’t been an easy last few weeks so it will be nice to be back to in the car and work together with the Caterham F1 team members,” said Kobayashi.

“I would like to thank the fans for supporting the team like they have. This team is working hard and never gives up. We deserve to be racing in Abu Dhabi and I am very glad we can race again thanks to the crowdfunding project.

“Now it is our turn to show what we can do – we will all try our best during the weekend ahead and hopefully we can end the season with a positive result for the future of this team.”

The identity of Kobayashi’s team mate is yet to be confirmed, however Marcus Ericsson announced last week he had severed his ties with the team.

Among the others to have driven for Caterham recently are Andre Lotterer, who drove in Kobayashi’s place in Belgium, and Roberto Merhi, who made three appearances for the team during practice this year.

Finbarr O’Connell of the team’s administrators Smith and Williamson said “the team commented that Kamui is a highly talented racing driver and he should be in a race car – that’s where he belongs.”

16 comments on “Kobayashi will return with Caterham in Abu Dhabi”