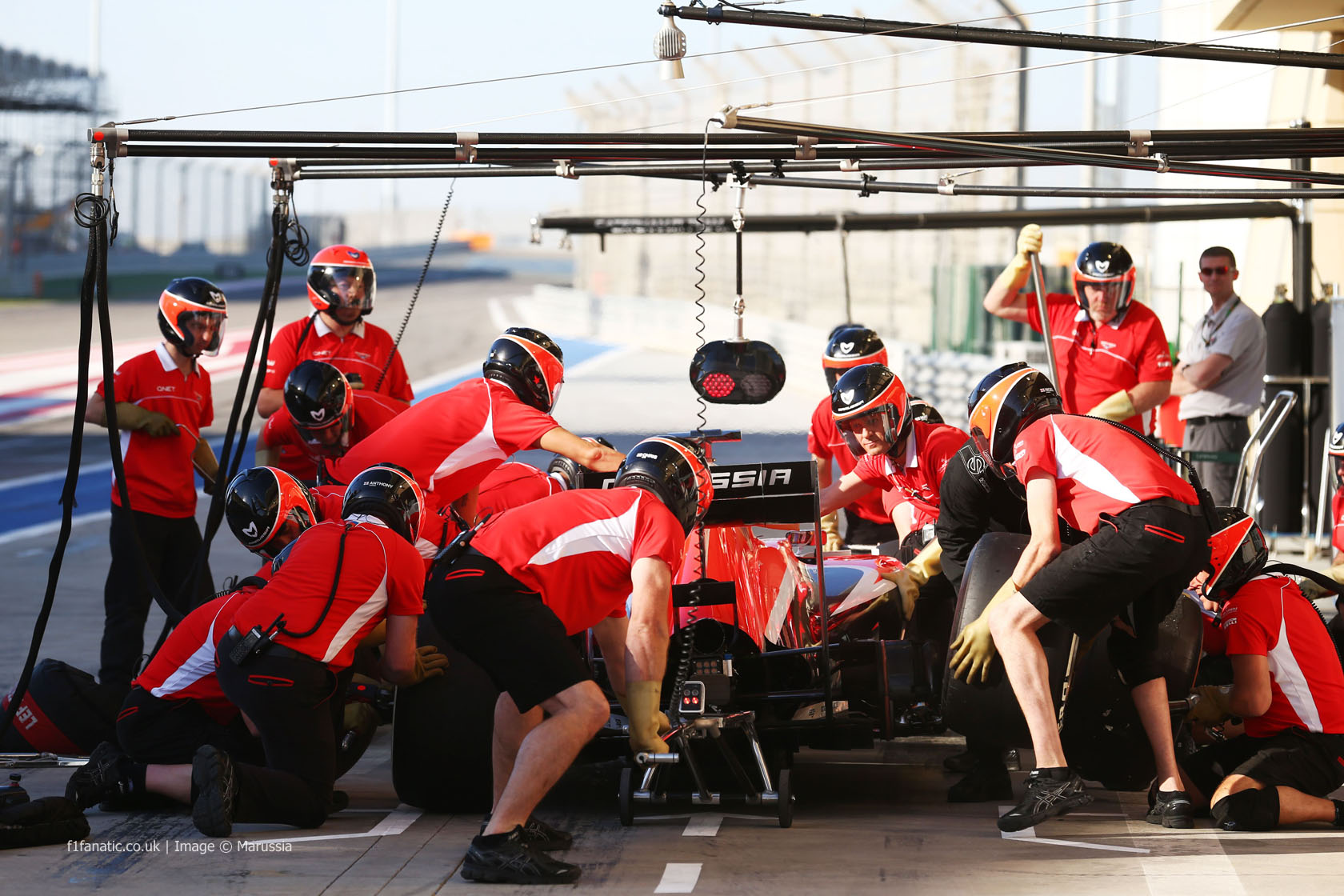 In the round-up: Marussia came close to making a last-minute return to F1 this weekend.

“A source close to the team said staff had been on standby to fly to Abu Dhabi but all the efforts ultimately came to nothing.”

“We’ve even chartered another plane to take them. We’ve gone a little bit over the top, but anyway, we’ve done it.”

Pirelli motorsport director Paul Hembery: “We have things from people saying we have to improve the slick to intermediate performance, and others saying it is the intermediate to wet. There is not a consensus.”

Damon Hill: “He’s already established himself as being one of the best talents we’ve had out of this country, and we’ve had an awful lot. He’s nowhere near maximising his full potential.”

We didn't quite make it but it wasn't for that lack of trying!

Devastated for everyone involved at Marussia in the past 24 hours that the hard work trying to get to Abu Dhabi didn't work out as we hoped.

Proud of everyone at @Marussia_F1Team. They never ever give up and that is something special. #ForzaJules

Tom K = Legend. Thank you for being an incredible inspiration! #TomK #Boss

Last GP, a year I believe I performed one of best levels of my career, with not results, I know.. The complicity with the car was fantastic.

The way F1 is, I wouldn't be surprised if Marussia were hoodwinked into chasing a fraudulent investor, so they wouldn't find a real one….

Quite a lot of people seem to be pleased with the prospect of Romain Grosjean at the wheel of a Lotus-Mercedes next year:

Glad to see Romain has been signed up because I think he more than merits his place on the 2015 grid.

It was good to see him learn his lesson after the ‘clumsy’ 2012 season he had, not every driver does. Also proven himself to be a capable driver in a frontrunning car with some podiums in 2013.

And while he hasn’t stood out as much this season, due to having not had the tools at his disposal, he is still beating his team mate in the Championship which should be a good enough reason to see him retained.

Hopefully the Mercedes engine means next season’s Lotus can be more competitive.
@Calum

Two F1 drivers who were cut down in their prime should celebrate their birthdays today.

Gunnar Nilsson succumbed to cancer in 1978, the year after scoring his only F1 win, at Zolder.

And Stefan Bellof, who scored his first podium finish on the same day Ayrton Senna did in the rain at Monaco in 1984, was killed in a sports car crash at Spa the following year.