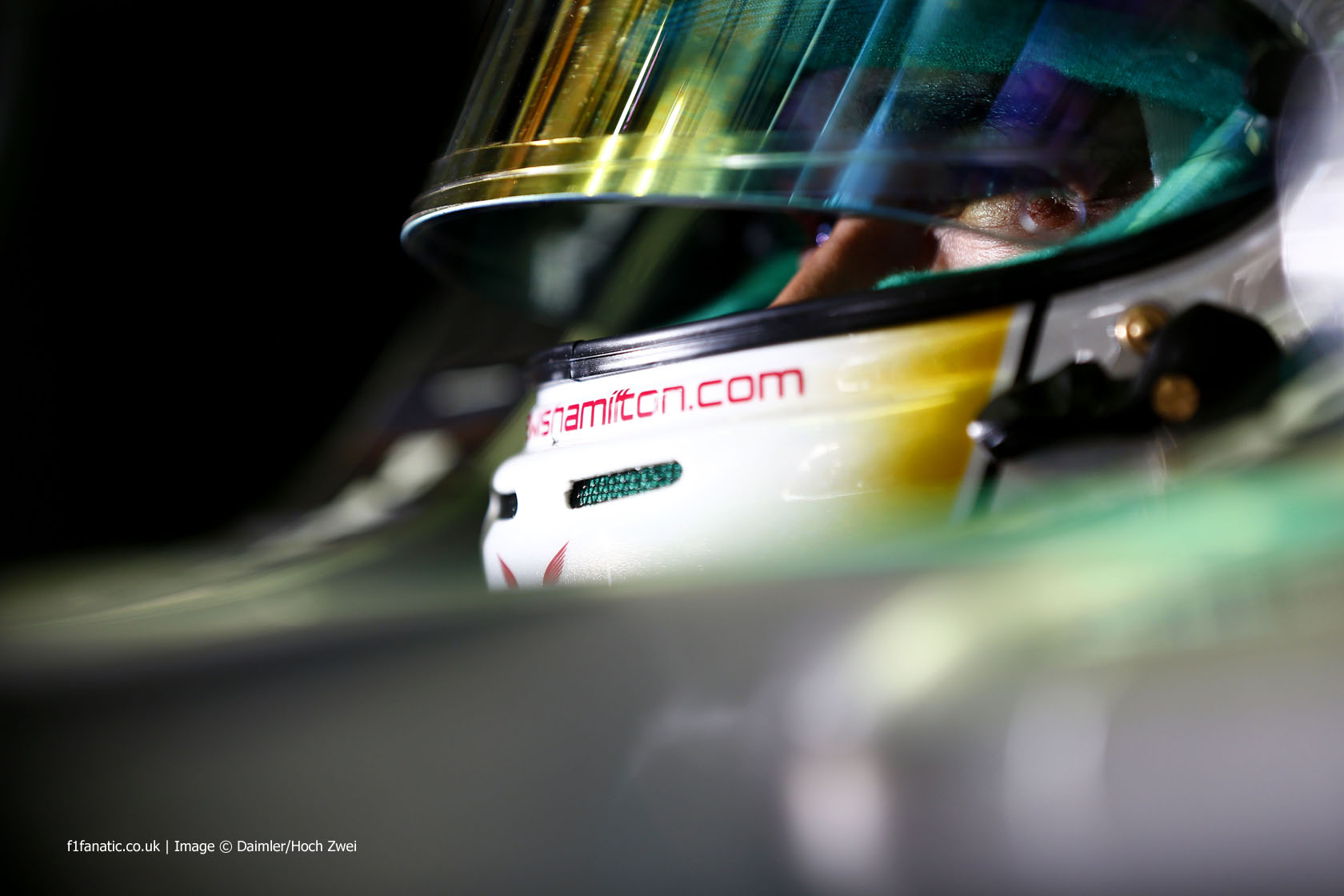 Lewis Hamilton says he doesn’t intend to settle for second place in this weekend’s Abu Dhabi Grand Prix even though it would guarantee him the world championship title.

“I come into the weekend to try and win as I do every race weekend so nothing changes there,” said Hamilton in today’s press conference.

It’s the fourth time in Hamilton’s eight-year F1 career he has arrived at the final race with a chance of winning the championship, whereas team mate and title rival Nico Rosberg has never done so before.

“In terms of the pressure I don’t particularly feel any,” said Hamilton. “I think I’ve had plenty of experience through my racing career, over the whole 15-odd years I would say – actually it might be 20 years of racing – to be prepared for today. There’s no special recipe for it.”

Hamilton has qualified on the front row for four of the previous five Abu Dhabi Grands Prix, and won the race in 2011, but says he isn’t taking it for granted he will be as competitive this weekend.

“It’s a great circuit, it’s generally suited the car I had when I was back in McLaren years ago,” he said. “It’s definitely a track that has suited my driving style in the past but every year’s different. I hope to take that positive feeling into this weekend.”