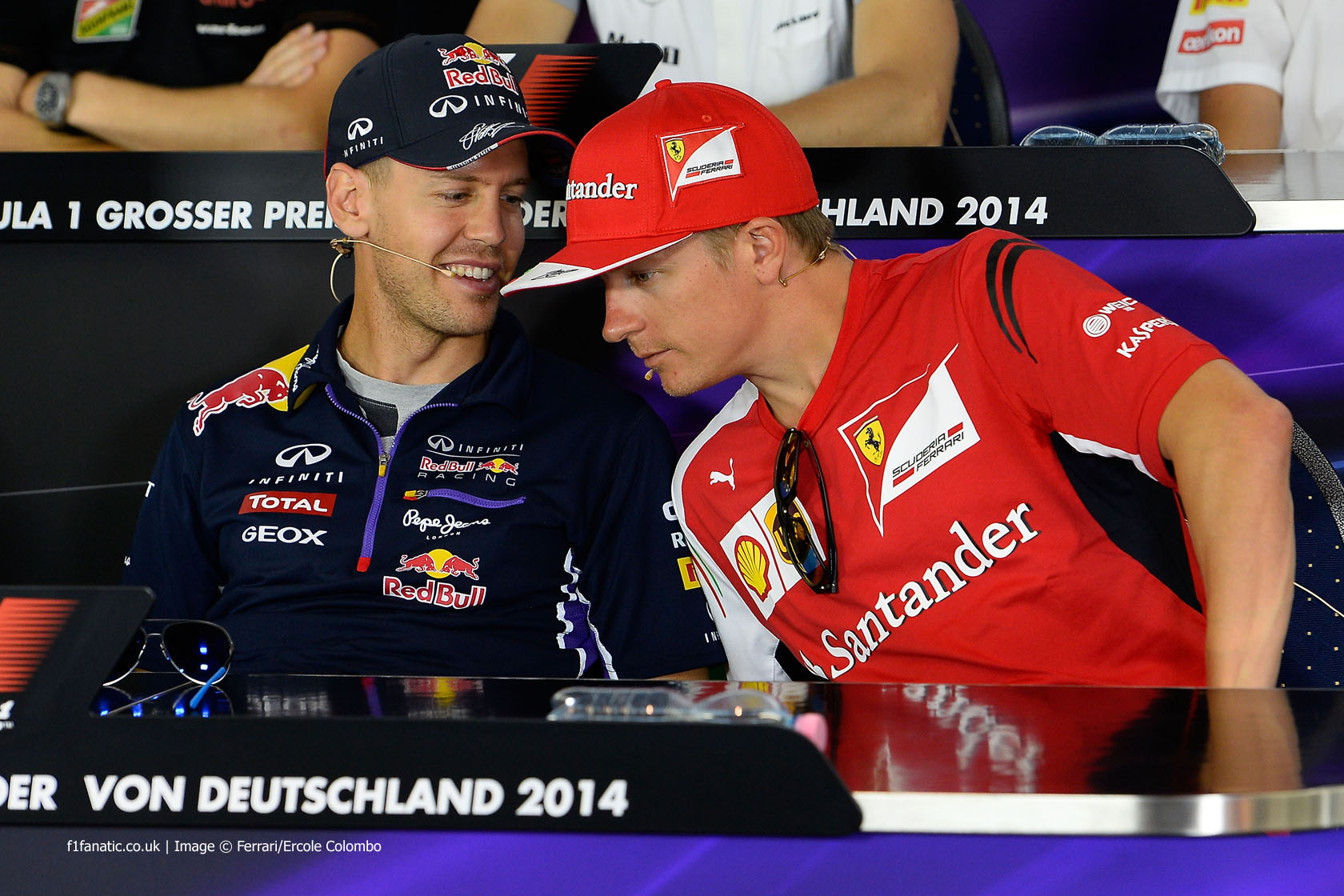 Sebastian Vettel says he has no concerns about teaming up with Kimi Raikkonen at Ferrari next year.

Ferrari announced earlier today Vettel will take over from Fernando Alonso at the team next year. Raikkonen will start his fifth season with the team having returned to Ferrari at the end of 2013.

Asked in today’s press conference if he expects to have a positive relationship with the 2007 champion, Vettel said “I think yes”.

“Why? Because I think Kimi is probably the least complicated driver in the grid.

“In terms of performance on the track I think when we talk about the skills Kimi has I don’t think there’s a single person in the paddock who doubts his skills, including myself.

“But from a personal point of view on a personal level I think very straightforward, I don’t expect any complications because I think we have a good relationship but also I think we have great respect for each other which I think is always very healthy to deal with any sorts of situations coming up.”

25 comments on “Vettel: no problems with ‘uncomplicated’ Raikkonen”