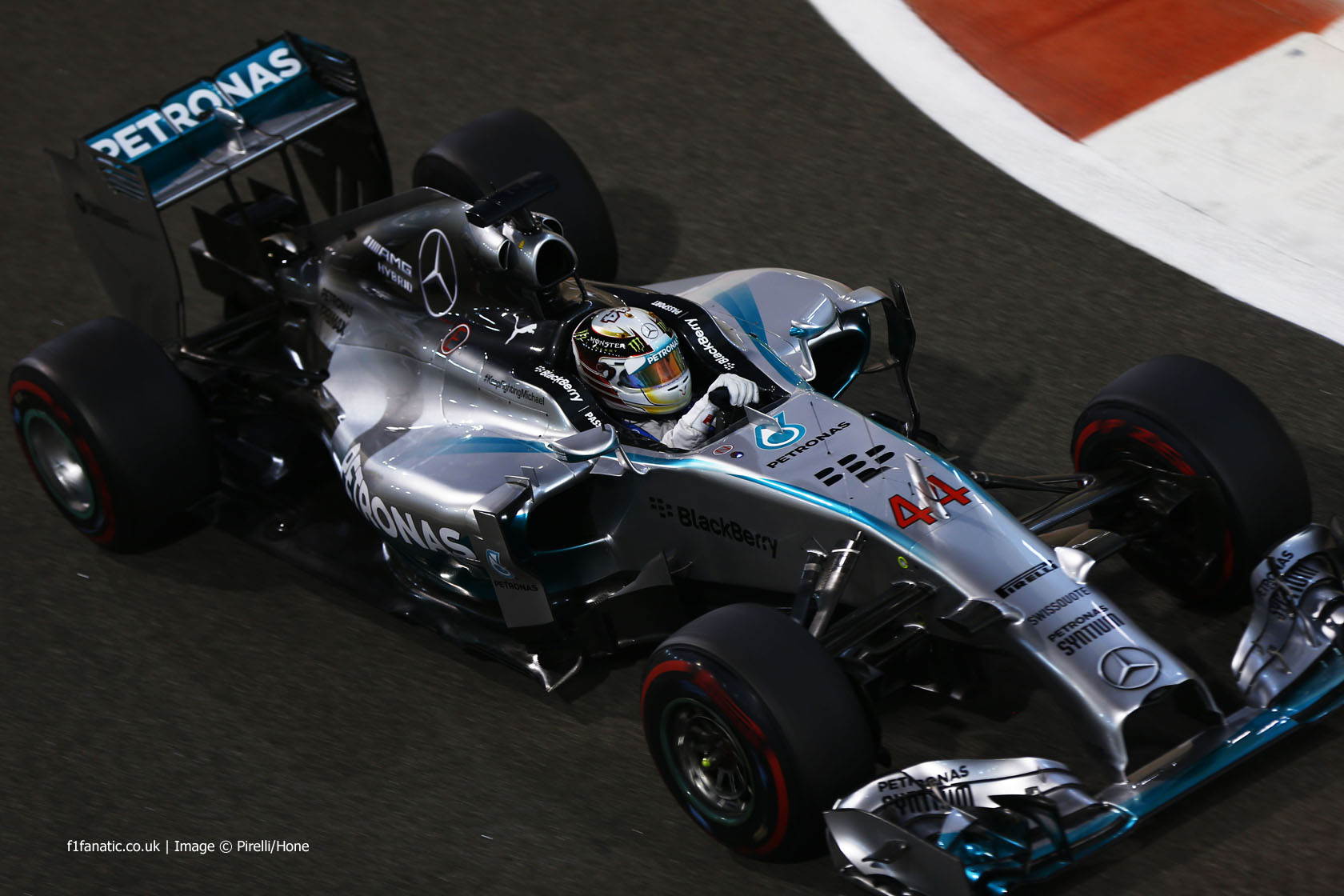 Lewis Hamilton clinched the 2014 drivers’ championship title in style by taking his 11th victory of the season.

He took the lead of the race immediately after the start, passing pole sitter Nico Rosberg as they sprinted to turn one. After that Rosberg slipped slowly backwards from his team mate.

As they reached the halfway point Rosberg appeared to make a mistake, running wide in the final sector, but it soon transpired he was coping with a problem on his Mercedes. The ERS had failed, and as he struggled with his car’s gradual loss of performance a string of rivals pushed him down the order.

Rosberg turned his attention to trying to cling to the fifth place which could still make him champion if Hamilton retired, but even that proved impossible. By the end of the race Mercedes wanted to retire his car but Rosberg chose to solider on, eventually finishing 14th.

Felipe Massa gave chase of Hamilton at the end of the race but had to settle for second ahead of team mate Valtteri Bottas, who recovered from a poor start.

Daniel Ricciardo climbed to fourth place after starting from the pits behind team mate Sebastian Vettel, who took eighth on his last outing for Red Bull. The pair were separated by Jenson Button and the two Force Indias.

The Ferrari pair claimed the final points places, the departing Fernando Alonso having passed Kimi Raikkonen in the opening laps.