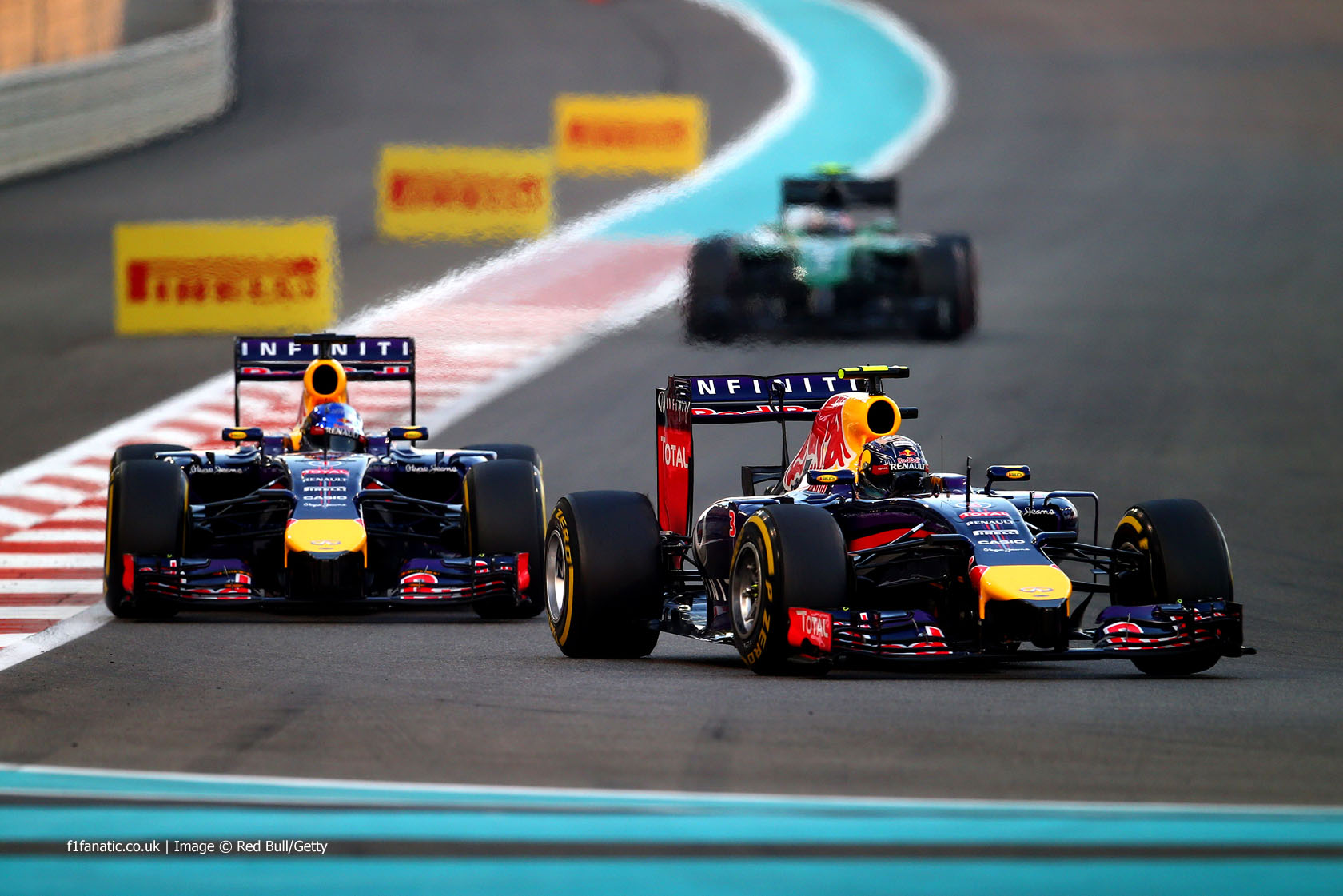 Ricciardo brought his car home in a remarkable fourth position – one place higher than he had qualified before both drivers were stripped of their times when their front wings were found to contravene the rules.

Ricciardo lined up first at the pit lane exit. After the start he and Vettel were soon making their way past the midfield runners. But on lap seven came the crucial moment which decided the outcome of their races. Ricciardo passed Kevin Magnussen – who like the Red Bull drivers had also started on the soft compound tyres – but Vettel was unable to get past the McLaren.

Red Bull eventually brought Vettel into the pits on lap 21, allowing him to jump ahead of the McLaren. But Ricciardo extended his stint by another eight laps, allowing him to consolidate his position among the front-runners.

While Vettel’s last pit stop dropped him behind the Force Indias, Ricciardo emerged on the tail of the Williams drivers, who he would have started immediately behind anyway had he lined up on the grid in his original qualifying position.