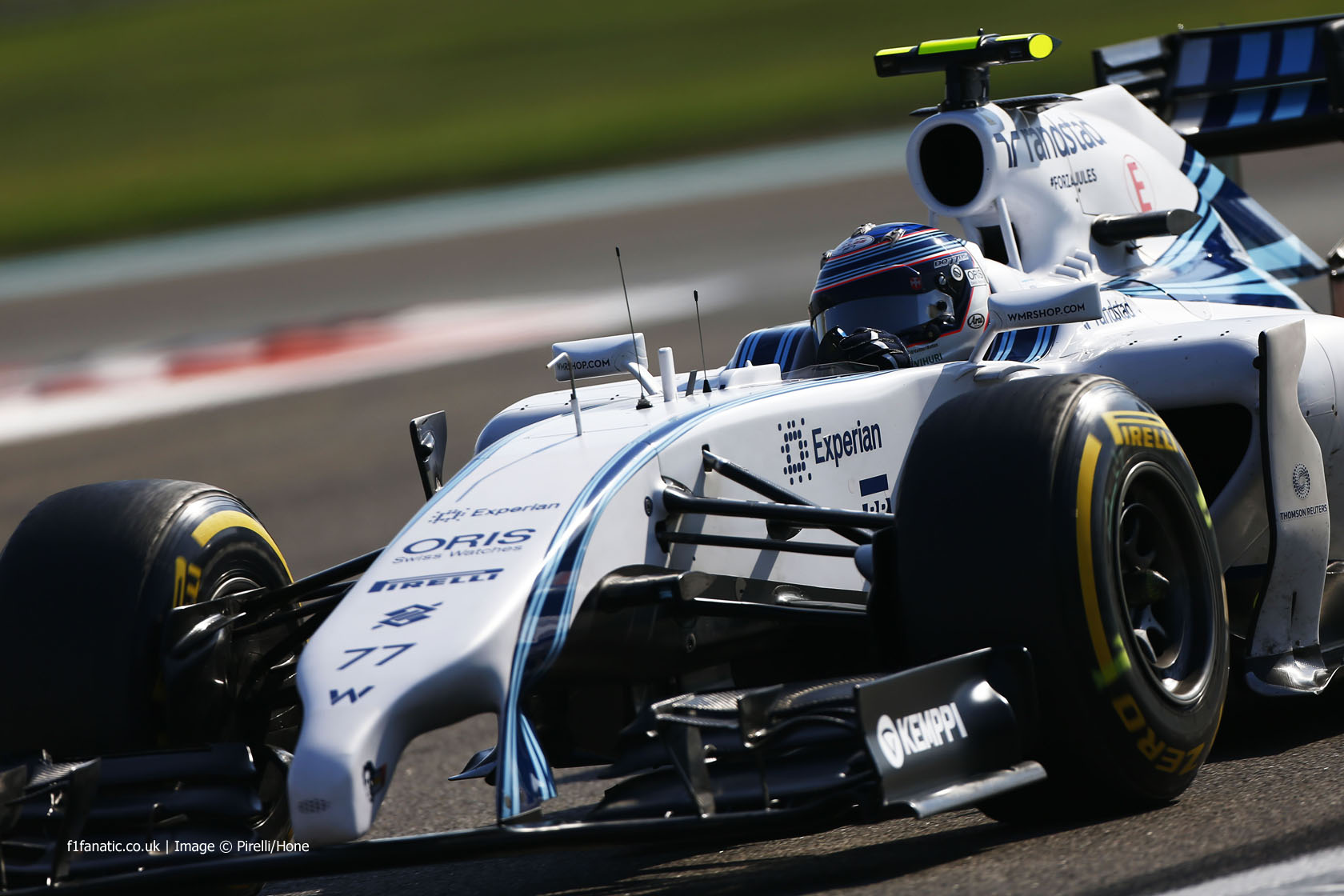 Valtteri Bottas led the times on the penultimate day of F1 testing this year, but all eyes were on the first public outing for the new McLaren-Honda partnership.

But the interim McLaren-Honda MP4-29H/1X1, which had previously run at Silverstone two weeks ago. only made it out of the pits in the second half of the day’s running. Stoffel Vandoorne completed a trio of installation laps without setting a time.

Two days after missing out on the F1 drivers’ championship at the same venue, Nico Rosberg was back at the wheel of the Mercedes. The championship runner-up was the busiest driver of the day, although two others hit the 100-lap mark.

Among them were Will Stevens, who made his grand prix debut on Sunday. Caterham continued their post-season activities in the hope a buyer might be found for the team in time for them to compete in the 2015 championship.

Toro Rosso driver Max Verstappen caused one of the day’s red flags in the morning when he suffered a minor crash following a front suspension failure. He was able to resume running later on in the day.

Carlos Sainz Jnr, the Formula Renault 3.5 champion who is hoping to secure the second Toro Rosso seat alongside Verstappen next year, was fifth-quickest for Red Bull.

With the test being run during the daytime in high temperatures, the best lap times were almost three seconds off the quickest seen during the race weekend. The two-day test will conclude tomorrow.