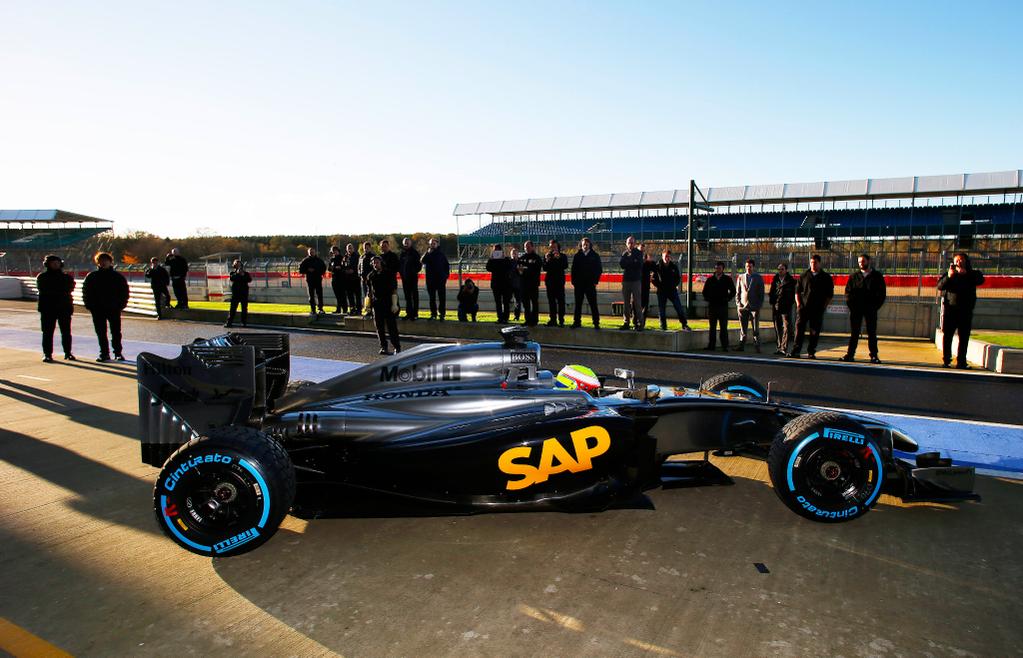 The team is running an interim version of its current car fitted with a Honda engine at today’s test in Abu Dhabi. It shook down the car, dubbed MP4-29/1X1, in a promotional event at Silverstone two weeks ago. “To run the engine before Christmas is very key,” said Boullier in a video filmed at the Silverstone test. “I think maybe I’m going to surprise you but it’s not technical this time, it’s more about how we can work all together.”

“Obviously when you have a good start like this, when people learn how to work together, it’s very promising for the future.”

The Silverstone shakedown was used to “run a lot of system checks”, said Boullier. “These cars now are very high technology cars, a lot of obviously different systems.”

“We just want to run it through the reliability issue and make sure everything is working properly before we start the proper development of the McLaren-Honda car.”

Boullier said the team had a lot of work to do over the winter as McLaren adjusts to its first change in engine supplier in almost 20 years.

“Looking forward now over the course of the winter it’s going to be a big, big rush for both companies, McLaren and Honda, just to prepare for the first test in Jerez in Spain for the first of February, 2015. It’s true that a lot of work needs to be done.

“Both teams will be live and constantly connected and working hard over Christmas to make sure we are ready and to hit the track in Jerez.”