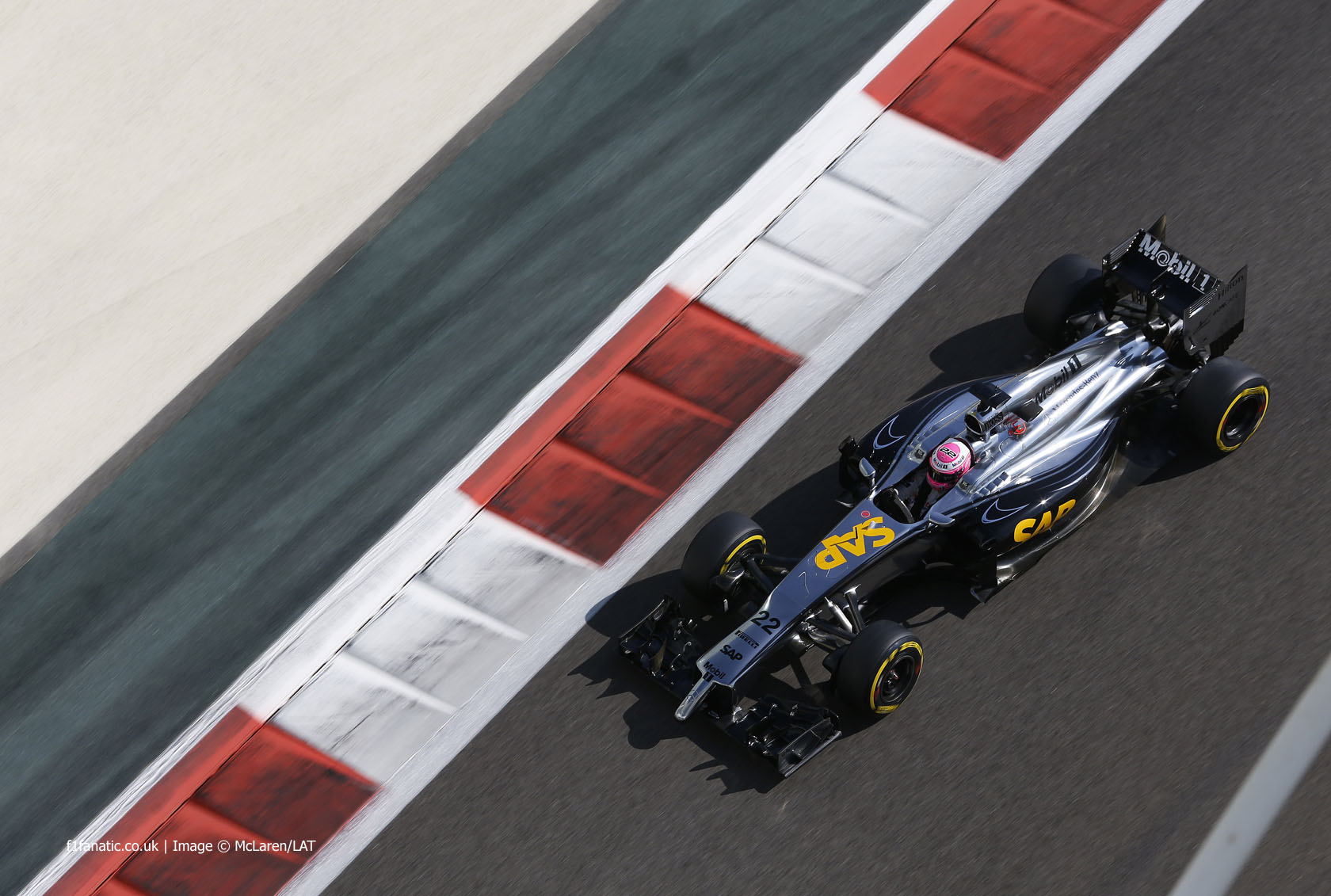 Ten teams are participating in the final test of the season. Significantly the test will see the first public running of McLaren’s Honda-powered test car, dubbed the MP4-29H 1X1.

Despite their financial problems Caterham have also remained in Abu Dhabi to participate in the test.

Here’s who is driving for each of the teams today: