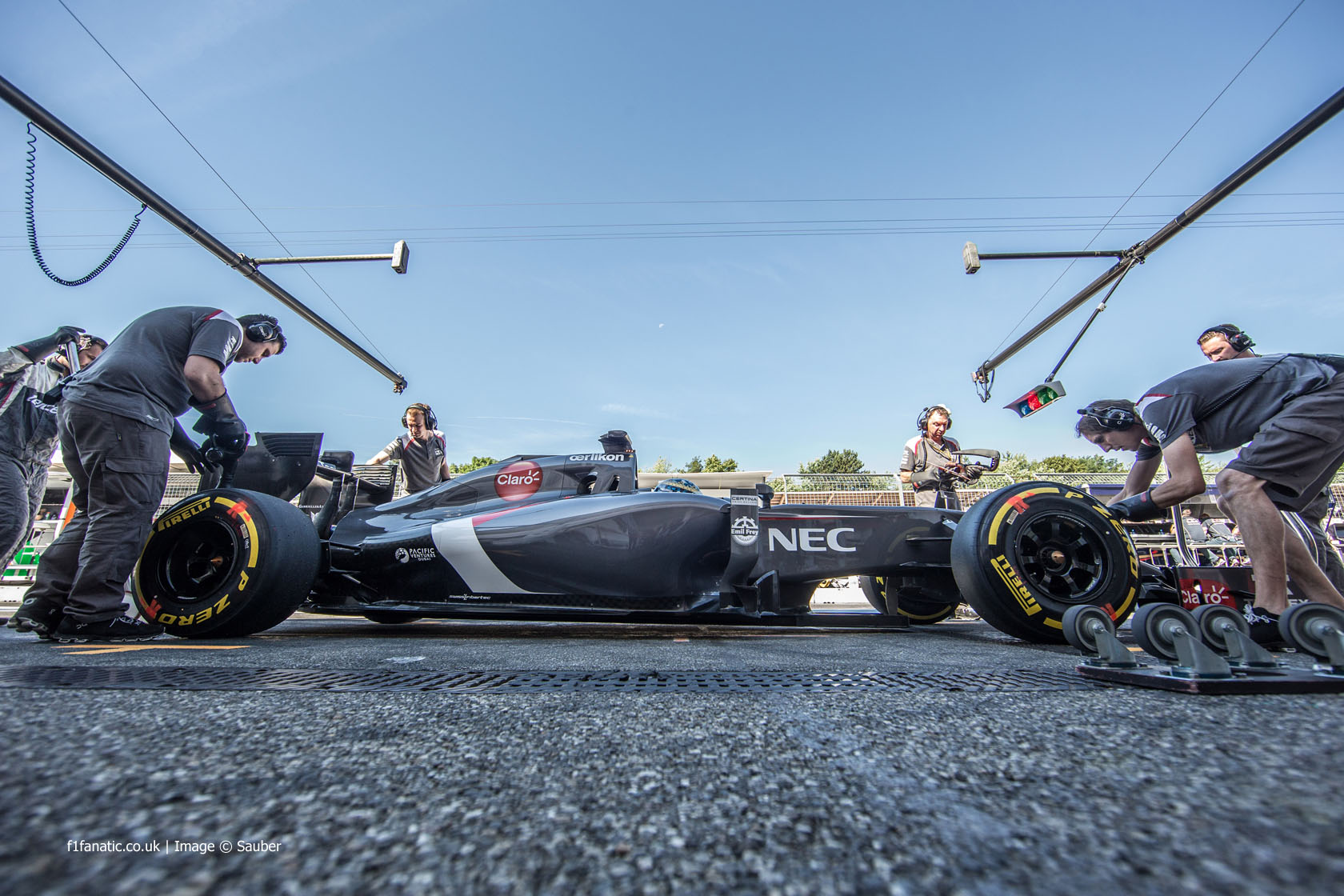 The Mercedes team which stamped its authority so emphatically on Formula One this year can trace its current involvement in the sport back to 1993 with Sauber. The following year Mercedes were officially the team’s engine supplier, but the pair went their separate ways at the end of the season.

Sauber extended its current engine contract with Ferrari in time for the arrival of the new generation power units. But how they must have wished they were still using the three-pointed star’s hardware as they struggled with the disappointing V6 turbo hybrids from Maranello.

This was far from the only cause of Sauber’s trouble this year. But when the factory Ferrari cars often toiled in the lower reaches of the points positions it can hardly have come as a great surprise that, but for Jules Bianchi’s heroics in Monaco, both of Ferrari’s customers teams would have ended the year point-less.

This was an unwelcome first for Sauber, though one which was on the cards from the early stages of the season. But the real shock is how swiftly this team’s fortunes have reversed.

Just two years ago they enjoyed one of their best ever seasons, reaching the podium on four occasions. Although they failed to build on that last year, they ended the season strongly following a mid-season surge. As with several of their rivals, the sweeping regulation changes meant they started 2014 in very different shape to how they finished the previous campaign. The C33 began the year well over the minimum weight limit. That led Sutil, one of F1’s taller drivers, to drive without a drinks bottle at some tracks in a bid to save weight.

A lighter chassis arrived in Spain which gave the team a moderate step. The banning of front-rear inter-connected suspension also seemed to help, and other upgrades appeared during the season. But still points eluded them.

It didn’t help matters that Esteban Gutierrez crashed while on course for a top-ten finish at Monaco. The team’s last, best chance to score came at the Circuit of the Americas where Sutil achieved the car’s sole Q3 appearance of the year – only to be taken out by Sergio Perez on the first lap.

Persistent reliability problems were a constant source of frustration, particularly for Gutierrez. His patience was running low at mid-season, but the team were still struggling late in the year, notably in Brazil.

The Austrian Grand Prix marked a low point for the team as operational errors compounded their woes. Gutierrez was sent from his pit box too early, and in their haste to tell him to stop, the other car of Sutil was given the messages, causing him to pull over and lose time.

The background to all this was the worsening financial situation most F1 teams are affected by. Nico Hulkenberg’s departure from the team after a single season last year shed some light on Sauber’s predicament, team principal Monisha Kaltenborn has consistently warned about since taking up the role two years ago.

Compounding Sauber’s plight, talks over planned investment from Russia had “virtually come to a standstill” in May after the United States and European applied economic sanctions in response to the dispute over Ukraine. Russian driver Sergey Sirotkin nonetheless made his planned practice session debut at the Russian Grand Prix. Simona de Silvestro’s brief stint as the team’s ‘affiliated driver’ threw further light on their financial troubles. The IndyCar racer drove a C31 in her sponsor’s colours at Fiorano before splitting from the team over a financial dispute. Late in the season Sauber also gave test runs to Adderly Fong and Roy Nissany, neither of which distinguished themselves in junior categories.

Finally, for the second time in three years, the team announced a wholesale change in its driver line-up. Well-heeled Caterham driver Marcus Ericsson arrives alongside Felipe Nasr for the 2015 season, the latter courtesy of his Banco do Brasil backing.

If Sauber have gradually changed from a team which pays its drivers into a team which is paid by its drivers, it would be extraordinarily short-sighted to characterise that as the cause and not the symptom of its present plight. This is, after all, a team which lost one potential sponsor to the sport’s commercial arm a few years ago, and now gets the rough end of a grossly inequitable distribution of prize money.

It is down to those in charge of the sport to decide whether they value having healthy midfield teams who can take a punt on exciting young talents which may lack big-money backing. Sauber has a deserved a reputation for doing just that, and the likes of Kimi Raikkonen and Felipe Massa arguably owe their careers to it.

But there is little reassurance to be found from looking at what happened to those who went before them. Next year Sauber should start its 300th race, but that is no guarantee how many more they will be around for. Just ask Tyrrell, or Brabham, or Ligier…