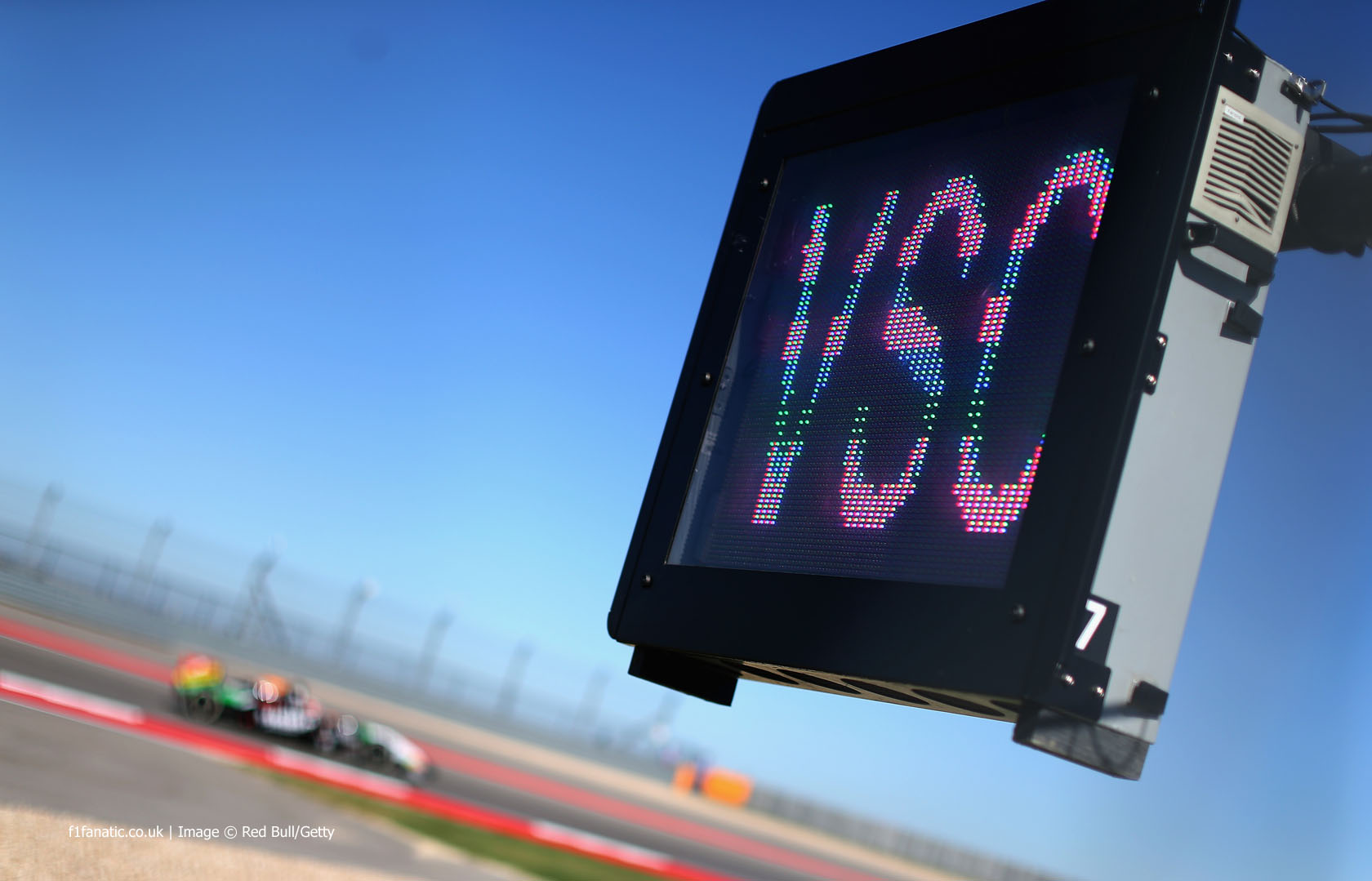 The FIA has officially confirmed the controversial double points rule will be dropped as of 2015.

The rule, which was introduced this year with the aim of increasing the chance the drivers championship would remain open until the final race, was widely criticised by fans. Its removal from the regulations was confirmed following a meeting of the FIA’s World Motor Sports Council.

A plan to introduce standing starts after every Safety Car period has also been scrapped “after consultation with the teams who raised a number of safety concerns”.

However the Virtual Safety Car, which was trialled following the crash suffered by Jules Bianchi in Japan, will be introduced next year.

“Following tests of the VSC system at the final Events of 2014, the introduction of the system has been approved for 2015,” said the FIA in a statement.

“The VSC procedure may be initiated to neutralise a race upon the order of the clerk of the course. It will normally be used when double waved yellow flags are needed on any section of track and competitors or officials may be in danger, but the circumstances are not such as to warrant use of the safety car itself.”

The WMSC also ruled that following regular Safety Car periods when lapped cars have been allowed to regain the lead lap, they no longer have to rejoin the queue of cars before the race is restarted.

Among the changes to the technical rules for 2015 are a further increase in the minimum weight limit. It had been set to rise from 691kg to 701kg, and will now increase by a further kilogramme to 702kg.

The height of the anti-intrusion panels on the side of the cars has been raised so that they will now reach along the rim of the cockpit to offer greater protection for the driver’s head.

41.1 The VSC procedure may be initiated to neutralise a race upon the order of the clerk of the course. It will normally be used when double waved yellow flags are needed on any section of track and competitors or officials may be in danger, but the circumstances are not such as to warrant use of the safety car itself.

41.2 When the order is given to initiate the VSC procedure a message “VSC DEPLOYED” will be displayed on the official messaging system and all FIA light panels will display “VSC”.

41.3 No car may be driven unnecessarily slowly, erratically or in a manner which could be deemed potentially dangerous to other drivers or any other person at any time whilst the VSC procedure is in use. This will apply whether any such car is being driven on the track, the pit entry or the pit lane.

41.4 No car may enter the pits whilst the VSC procedure is in use unless it is for the purpose of changing tyres.

41.5 All competing cars must reduce speed and stay above the minimum time set by the FIA ECU at least once in each marshalling sector (a marshalling sector is defined as the section of track between each of the FIA light panels). All cars must also be above this minimum time when the FIA light panels change to green (see 41.7 below). The stewards may impose either of the penalties under Article 16.3a), b), c) or d) on any driver who fails to stay above the minimum time as required by the above.

41.6 With the exception of the cases listed under a) to d) below, no driver may overtake another car on the track whilst the VSC procedure is in use.

b) When leaving the pits a driver may overtake, or be overtaken by, another car on the track

before he reaches the second safety car line.

c) Whilst in the pit entry, pit lane or pit exit a driver may overtake another car which is also in one of these three areas.

d) If any car slows with an obvious problem.

41.7 When the clerk of the course decides it is safe to end the VSC procedure the message “VSC ENDING” will be displayed on the official messaging system and, at any time between 10 and 15 seconds later, “VSC” on the FIA light panels will change to green and drivers may continue racing immediately. After 30 seconds the green lights will be extinguished.

41.8 Each lap completed whist the VSC procedure is in use will be counted as a race lap.