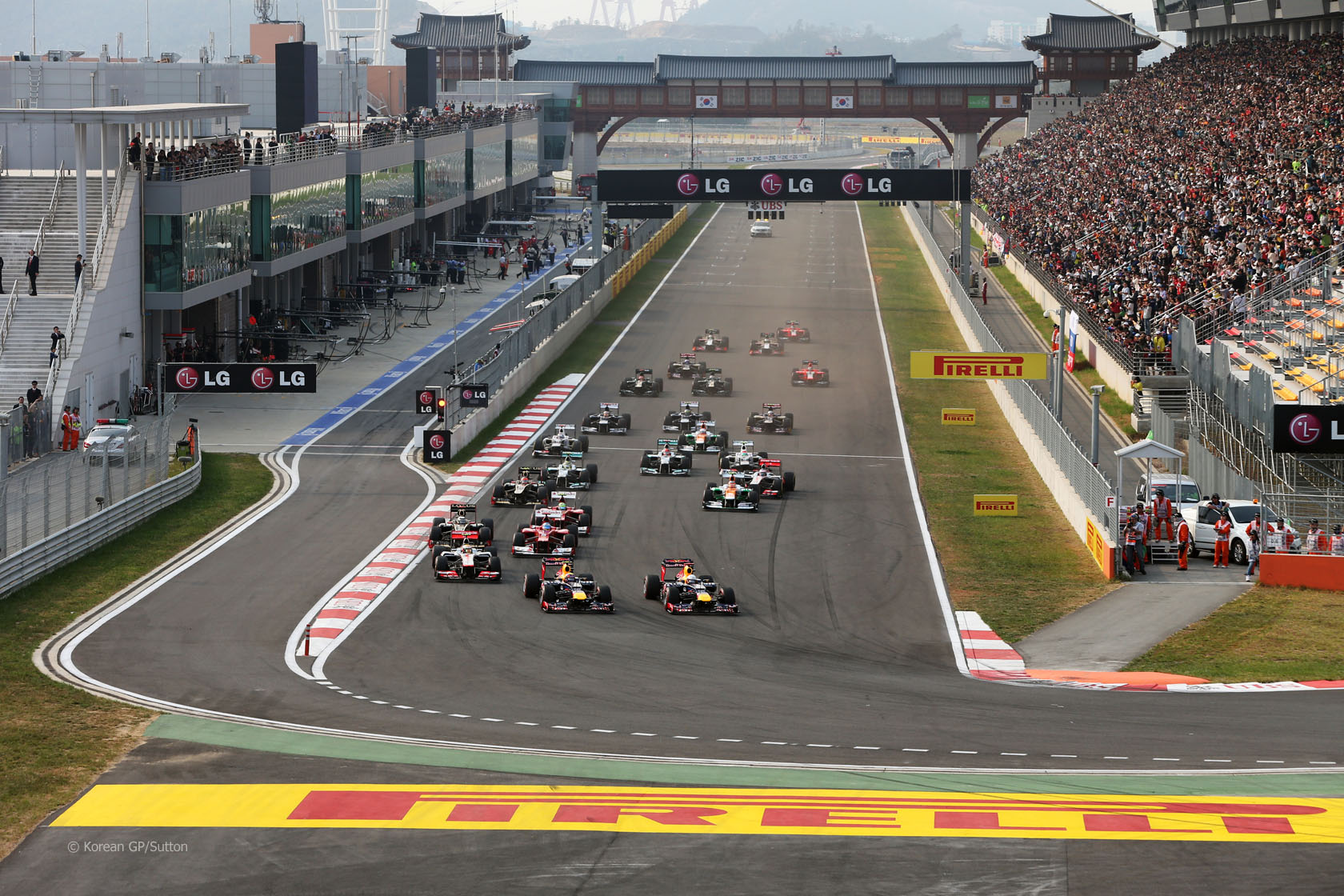 The 2015 F1 calendar will feature a record-breaking 21 races as South Korea makes a surprise return to Formula One next year.

The race, which is scheduled to take place one week before the Spanish Grand Prix, is listed as ‘to be confirmed’ on the schedule issued by the FIA World Motor Sports Council.

The Korea International Circuit held the country’s only previous round of the world championship on four occasions from 2010 to 2013. With its return potentially only five months away, the likelihood of the race being held at any other venue is slim.

Another change to the calendar see the Bahrain Grand Prix moved back to the fourth race of the year, and is now run on consecutive weekends with the Chinese round, rather than the Malaysian race as previously.

As was the case this year, the season will begin in Australia and end in Abu Dhabi.