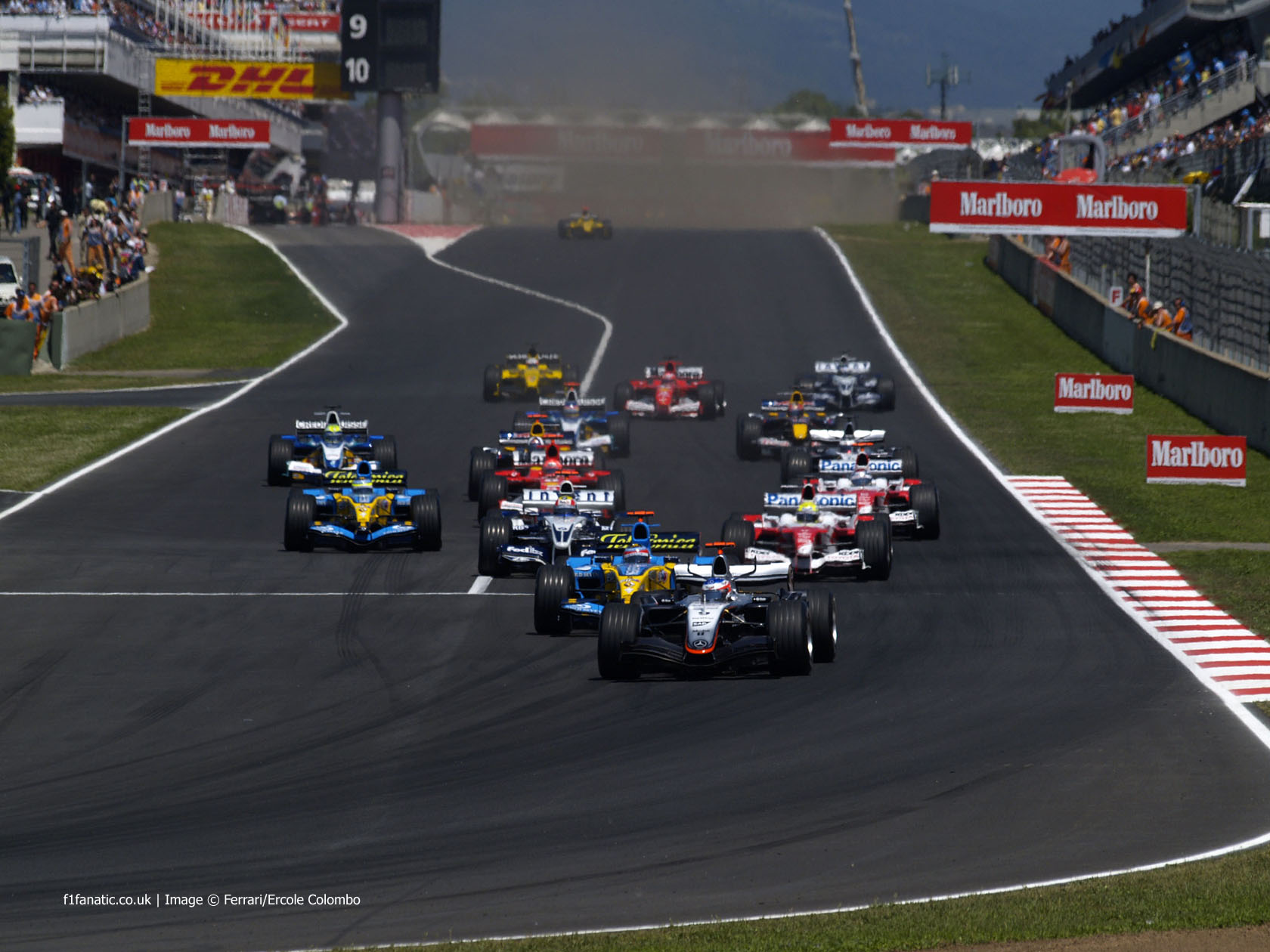 In the round-up: Following Christian Horner’s suggestion of move to twin turbo V6s or a return to V8s, now Bernie Ecclestone raises the possibility of a return to V10 engines last used almost a decade ago.

Ecclestone scheming to bring in first lady of F1 (The Telegraph)

“Talk then turned to other subjects, including his fear that Mercedes will walk away with the championship again for another two years, and his plan to rectify it by forcing through a change to a new engine – perhaps a normally-aspirated V10, with as much as 1,000 horsepower – at a meeting of the all-powerful Strategy Group next week.”

“I made a deal with the people in Bahrain and they said, ‘If we are going to be something new in this area, which we are, will you give us a guarantee you won’t put another race on in the area, in the Gulf?’.”

“Since people have been breaking my balls on this social media, I’ve been looking at this tweeting thing and I can’t see anything on there except [Mercedes team principal] Toto Wolff and one of my daughters. And I thought, what does it ever do? There’s a few idiots who put things on there. How does it ever help Formula One?”

“In reference to [Sacha] Woodward-Hill he said: ‘The people [at the F1 Group] would be able to easily follow through what we have put in place. Perhaps if I controlled the board I would probably say it wouldn’t be a bad idea to have a woman being the chief executive.'”

“Of course I wanted to stay [at Williams] – but they have their commitment with Felipe (Massa) and Valtteri (Bottas) so I had to move on. I could not lose the momentum – I had to make the next step.”

Arrived at McLaren. Or at least 'Keith Valentine' from 'F1 Fantastic' has. Close enough… #F1

Just woken up, what's going on?!

My mates Billy Button and the Fonz team up next year. Great driver line up. Now plenty of pressure on Woking to roll out a weapon. 🚙💨.🇬🇧🇯🇵.

I will still be part of the McLaren-Honda family and my main focus next year will be winning the GP2 championship! (2/2)

Alonso in good humour. Said he was going to explain how he and Dennis had meetings in hotel rooms, "but it would sound very bad!" #F1

Alonso's expression of regret re 2007 today a reminder of when he left in 2007. Turned to McLaren office in Brazil '07 and said cont'd…

.. "Thnks for ev/thing. Know where I screwed it up. Hungary. I know what I did wrong. I lost it. That's my regret. Otherwise wd be champion"

Great to be the sole Fleet St F1 correspondent at @JensonButton and @alo_oficial unveiling today. ✊🏁

There’ll be no repeat of 2007 between Fernando Alonso and McLaren this year, @Bullfrog reckons:

A source close to a Ferrari tells me it’s all different this time. Alonso offered to bring detailed designs of the 2014 Ferrari with him, but McLaren said “no thanks”.
@Bullfrog Former Renault team mates Alonso and Button have been reunited at McLaren for 2015. Alonso was the team’s test driver in 2002 but – as Button recalled during yesterday’s McLaren press event – he replaced Button in the race team alongside Jarno Trulli the following year.

Fifty years ago today the non-championship Rand Grand Prix, held at the Kyalami track in South Africa, was won by Graham Hill driving a Brabham BT11. Jackie Stewart, who was yet to make his world championship debut, took pole position but the driveshaft on his Lotus 33 failed at the start.