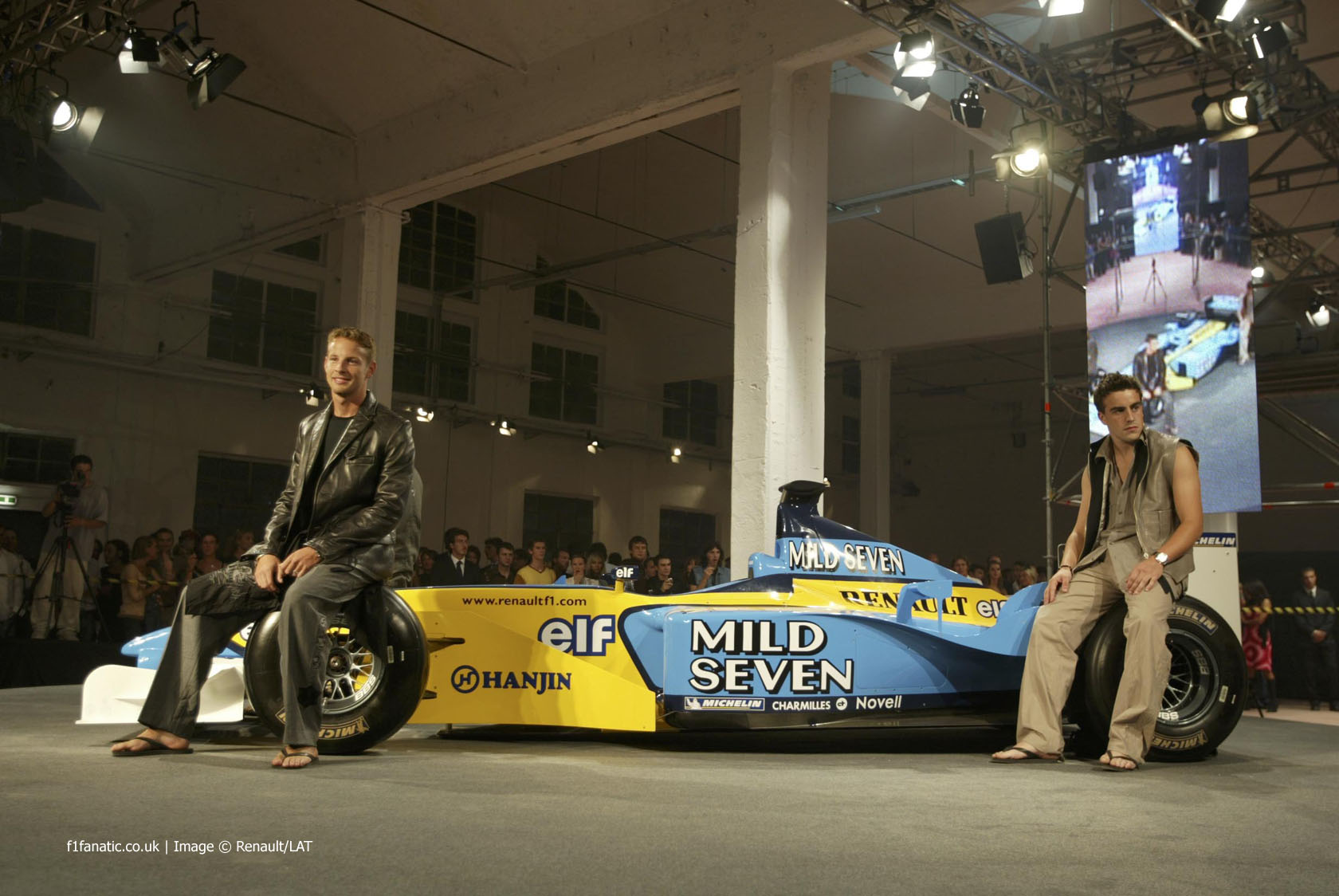 Fernando Alonso and Jenson Button will be team mates at McLaren next year – but they’ve been members of the same team before.

Back in 2002 Alonso was a test driver at Renault while Button was part of the race team – and at the end of the season Alonso took Button’s place.