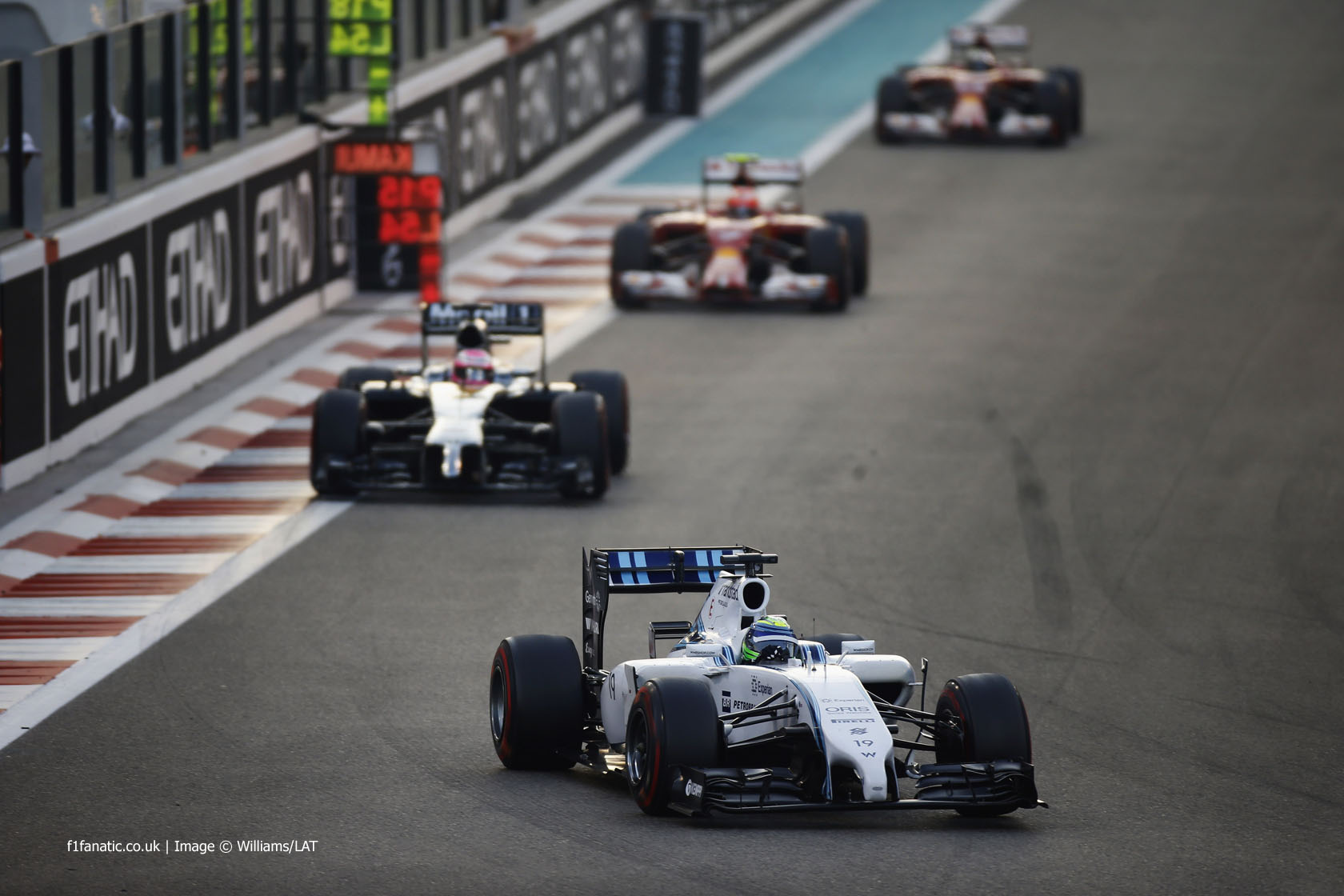 In the round-up: Felipe Massa says Williams are developing their car’s aerodynamics better than his former team Ferrari.

“[Aerodynamic development is] something that did not work for so many years at Ferrari, so that was positive for the team.”

“It’s very clear that we’re in a golden age of Formula One.”

Season's greetings from F1 Fanatic! Whatever you're celebrating, have a very happy time.

Thoughts on the conflict between Sergio Marchionne and his former employee, ex-Ferrari president Luca di Montezemolo:

Marchionne’s actions towards Luca have indicated a general attitude of contempt – the way that Luca was treated when he left Ferrari does underline that.

When Luca gave his farewell speech at Maranello, some of the journalists present noted that Marchionne, although present, acted extremely rudely during Luca’s speech. He was reported as constantly fiddling with his smartphone, chatting with the assistant next to him, writing reports and generally making clear that he was not listening or cared about what Luca was saying and generally acting as if he thought the whole event was a waste of time and he didn’t want to be there.
Anon