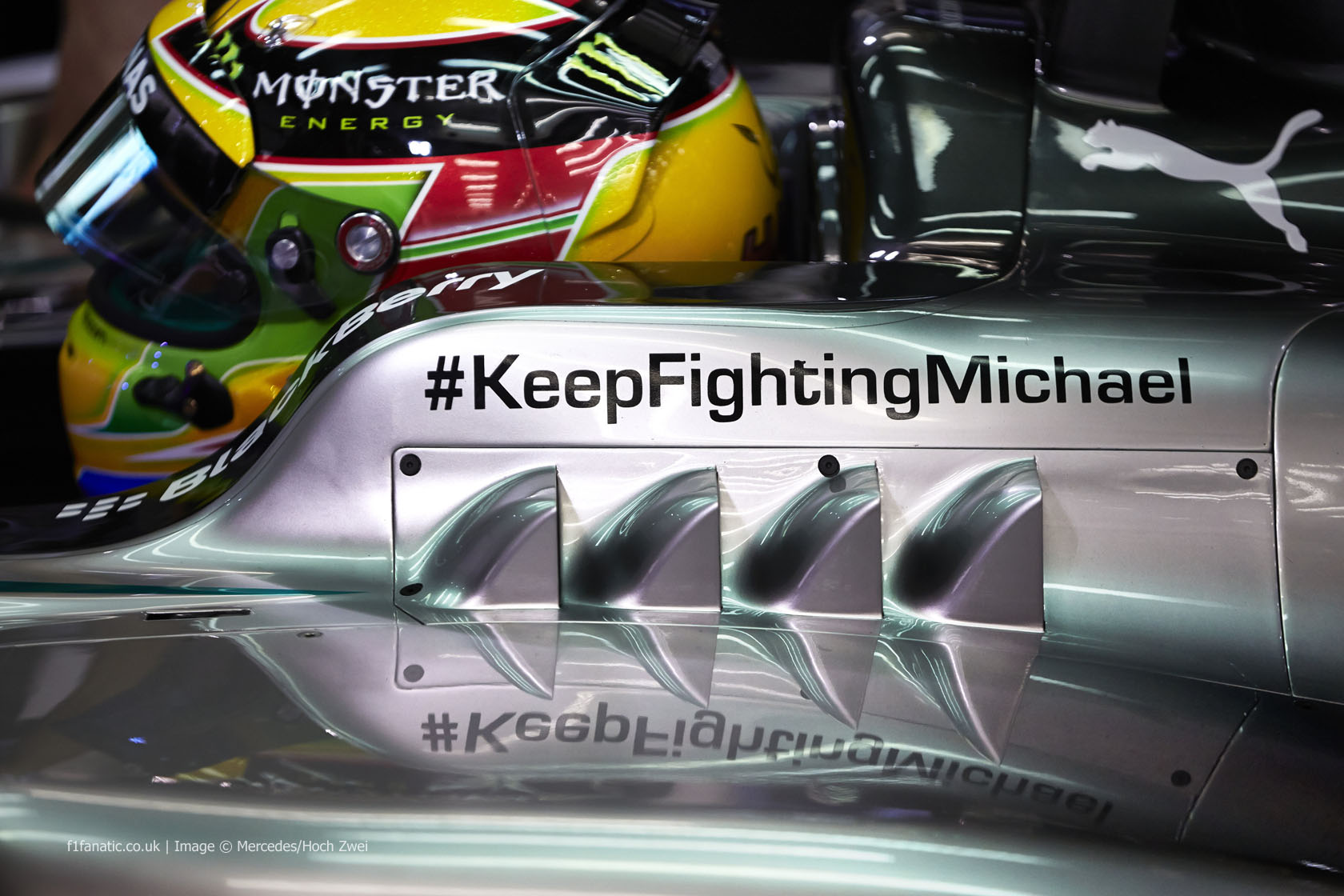 In the round-up: Michael Schumacher’s manager Sabine Kehm plays down a report originating from former Formula One driver Philippe Streiff which indicated positive progress was being in his recovery.

“I can only confirm that I do not know where Mr Streiff has his information from because he has no contact with us and he never has.”

“People forget what I was capable of towards the end of last year when I was beating Kimi [Raikkonen] and he was in good shape – he liked the car and it suited him well.”

Renault boss: The current engine formula is vital for us to tell out message (James Allen on F1)

Cyril Abiteboul: “F1 cars are hugely competitive this season despite consuming 35% less fuel. If the regulations had remained the same (V8, high fuel consumption) we would not have been able to deliver any of these relevant messages through the sport.”

“The biggest bill is the £16.6m owed to Ferrari for supplying engines to the Banbury-based team. Ferrari is followed by British engineering firm McLaren, which is due £7.1m.”

Couple of days in the office to push on the STR10 from tomorrow. Fantastic Christmas and a new year break still to come. Good times.

Bernie Ecclestone and former Ferrari president Luca di Montezemolo have returned to the board of the Formula One Group – but does their view of F1 conflict what most people think of it at the moment?

Two of the loudest complainants were Montezemolo and Ecclestone (a man who conducted a straw poll of one person before concluding that people didn’t like the engine noise); both walked out during the Bahrain Grand Prix, perhaps the most exciting race of the season. The sport seems to be in the hands of people who don’t really appreciate it.

This year has been one of my favourite seasons, I hope those in charge don’t mess around with a great formula. They just need to make small teams a bit more viable.
Tgu (@Thegrapeunwashed)

On this day last year Michael Schumacher was seriously injured in a skiing accident in France.