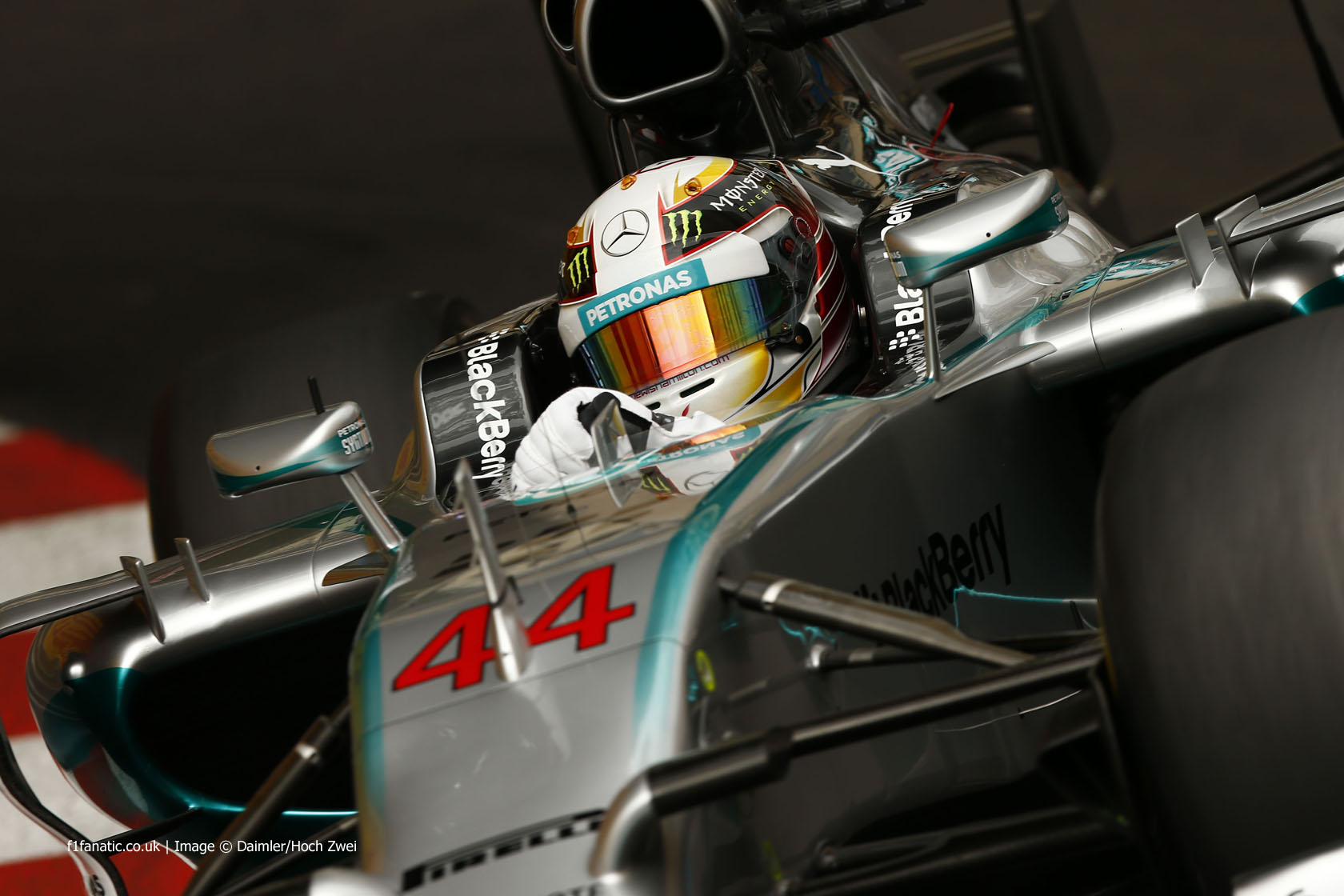 It’s only 12 months since the FIA gave drivers the option of choosing their racing numbers, and Hamilton’s decision shows how keenly some of them identify with numbers they used early in their racing careers.

However for Formula One it means the world champion can no longer be readily identified by the iconic number one. This has been a dependable feature of grand prix racing for decades.

You have to go back over 20 years to find the last grid which did not feature a car bearing the number one. Alain Prost’s retirement as reigning champion left F1 with no one to carry the number one during the 1994 season. Instead his Williams team mate Damon Hill used the number zero.

Coincidentally, the same scenario played out the year before when Hill had also used the number zero. Prior to that Nigel Mansell had won the championship, but switched to IndyCar for 1993.

Before these two seasons there was only a handful of occasions when the number one was not present in the field, or was used by someone other than the reigning world champion. The latter was the case at Brands Hatch in 1985, where John Watson substituted for the injured champion Niki Lauda, and drove his McLaren bearing the number one.

Lauda also missed out on driving in two races with the number one on his car in 1976 following his crash at the Nurburgring which left him with severe burns. Ferrari did not race at all in Austria, and sent a single car for his team mate Clay Regazzoni to the next race in the Netherlands.

There were a few other absent champions in subsequent races, and so no number one in the field. Jody Scheckter failed to qualify the awful Ferrari 312T5 at Montreal in 1980. At the inaugural Detroit Grand Prix two years later Nelson Piquet failed to make the cut after technical trouble on his Brabham.

Hamilton’s decision will no doubt attract complaints that he is breaking with tradition. However it is a fairly recent ‘tradition’. It was only 40 years ago that a reigning champion bore the number one on his car for the first time.

That was Emerson Fittipaldi in the 1975 season. Incidentally, there was one race that year without his number one on the grid – Fittipaldi boycotted Spain’s round of the championship at Montjuich Park on safety grounds.

Not long before that drivers often changed numbers from race to race. They began using the same number throughout the season in 1974, and had Jackie Stewart not retired as champion at the end of the season he would likely have carried the number one, which was used instead by Ronnie Peterson.

Now the idea of letting drivers identify with a single number throughout their F1 career has taken hold, perhaps we will soon see the practice extending to junior categories such as GP2 and Formula Renault 3.5. In a few years’ time the idea of having a season without a champion driving car number one may not seem so strange.

Does it matter that Hamilton has chosen not to use the number one this year? Have your say in the comments.