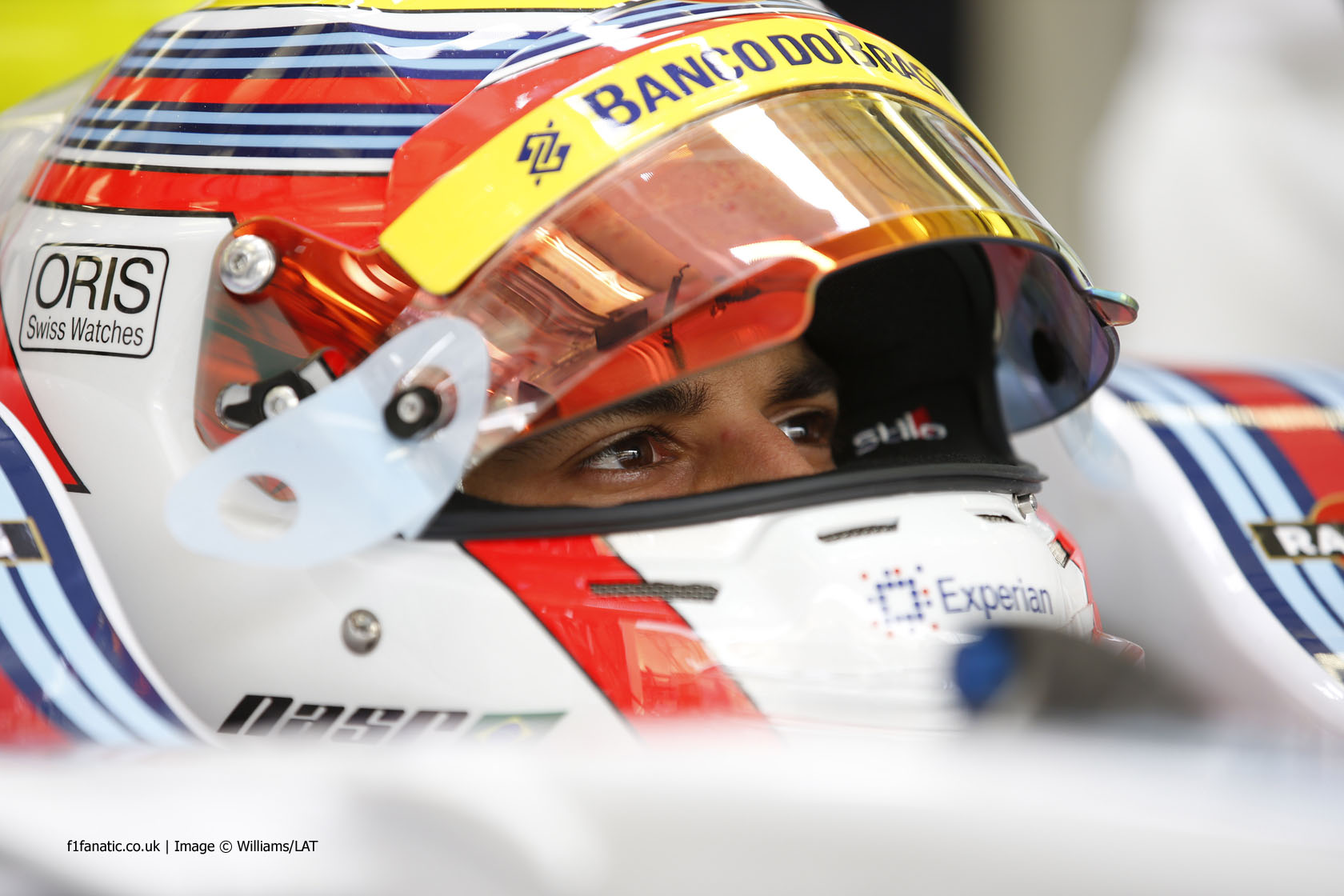 There may be four fewer spaces on the F1 grid in 2015 but there’s still room for three new faces.

Two of them will be found at Toro Rosso, who will have F1’s youngest ever driver pairing when Max Verstappen and Carlos Sainz Jnr line up on the grid at Melbourne in two months’ time.

Another team with a reputation for developing young talent is Sauber, which also has an all-new line-up for this year. Felipe Nasr will make his grand prix debut alongside one of last year’s rookies, Marcus Ericsson, who joins them from Caterham.

Under next year’s rules only one of them would be eligible to race. Luckily for them, they got in before the FIA’s clamp down. Find out more about F1’s three newest drivers below. However Verstappen’s career unfolds, he will always be remembered as the driver whose first grand prix came so early it prompted the FIA to impose an age limit on racing Formula One cars. As well as being the first 17-year-old to take to the track, he will probably be the last as well.

Amid the media frenzy over Jos Verstappen’s teenage son last August one significant point which tended to get overlooked was that both his parents have a motor racing pedigree. His mother Sophie-Marie Kumpen was a highly proficient kart racer in the mid-nineties.

Verstappen’s stunning achievements in karting, which culminated in a clutch of championship silverware in 2013, shows he is a chip off both blocks. He was electrifying in Formula Three last year, winning more races than champion Esteban Ocon.

But it’s a big ask of someone so young to continue doing justice to that ability in the Formula One pressure cooker. And Helmut Marko is not one to play the ‘managing expectations’ game: he’s already described Verstappen as another Ayrton Senna. The son of two-times rally world champion Carlos Sainz did not progress through Red Bull’s driver programme as quickly as Verstappen or even Daniil Kvyat, both of which he might have been expected to reach F1 before.

That owed something to the fact he kept being moved from championship to championship: in the past five years he has raced in Formula BMW, Formula Renault 2.0, Formula Three, GP3 and Formula Renault 3.5. Crucially, he delivered the title in the latter – something previous Red Bull drivers Daniel Ricciardo and Jean-Eric Vergne failed to do – and thanks to Sebastian Vettel’s defection to Ferrari a place opened up for him in F1.

So while Verstappen bears a huge weight of expectation, the same is not true of his team mate. There were days last year when Sainz turned up a blew away the opposition – if it all clicks for him at Faenza he could surprise everyone. Felipe Nasr’s practice outings for Williams last year alongside Felipe Massa presented the greatest challenge to the pronunciation capabilities of F1’s television commentators since Mark Blundell and Martin Brundle teamed up at Ligier.

More significantly, it gave Nasr valuable seat time in current F1 machinery. That will be all the more important as he makes his debut at a team which does not have its own F1 simulator for him to acclimatise in.

Sauber has not disguised the fact that Nasr’s support from Banco do Brasil played a part in him gaining a seat for this year. But his smooth progress through the lower ranks shows he brings talent as well as cash. He beat his new team mate in GP2 two years ago despite Ericsson having considerably more experience and driving for the team which won the previous two championships.

Which new F1 drivers are you most excited about? And was anyone overlooked for a seat who should have got one?

Are you rooting for any of these new drivers in 2015? Here’s how you can show your support for them and all the other drivers on the grid on F1 Fanatic: