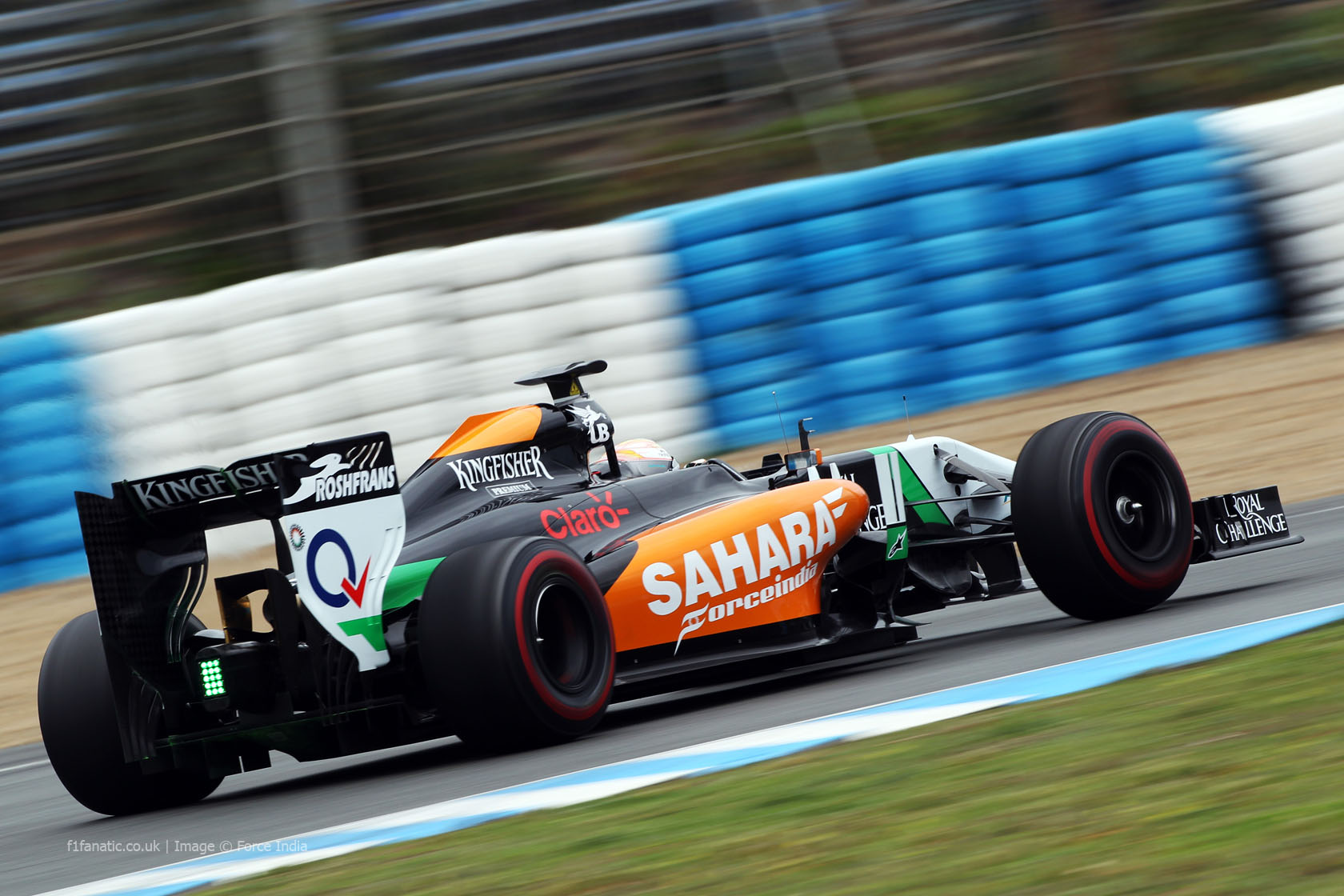 In the round-up: Force India are the first team to confirm they will not run their new car at the first test session of 2015.

"The Silverstone-based squad, who are set to unveil a new livery in Mexico on Wednesday, will instead run their 2014 machine at the opening test in Jerez from February 1-4, with the new Mercedes-powered VJM08 set to make its public debut in Barcelona on February 19."

"I think it’s going to be difficult to beat Mercedes, but we will definitely try."

How Adam Carroll found his calling in GT racing (Downforce)

"Literally everybody needs to bring a budget into this sport if they want to race in Formula One now. You soon realise that the day you get paid to turn up and race cars is the day you’ve made it."

Democracy in sport: An uneasy relationship with politics (BBC)

"Formula One supremo Bernie Ecclestone is another powerful sporting figure who has made no secret of his preference for totalitarianism."

Doesn't matter when, my time will come.Whatever i will do this year i can promise i will give 200% dedication to win. pic.twitter.com/5VgfLdUqui

Optimistic talk around Marussia, Haas recruits ex Marussia staff, may be Haas will run the 014 cars for a year ahead of a full 016 entry?

A Photoshopped version of this picture is doing the rounds as a 'leaked McLaren livery'. #F1 pic.twitter.com/0ZzKcligx1

Does Pastor Maldonado get an unfair amount of criticism?

Why do so many F1 fans dislike Maldonado and seem to want him out of F1 as if he’s got no talent and is somehow undeserving of F1?

The guy’s won an F1 race on merit and he was in contention for a few more podiums during the one year he had a decent car.

He won the GP2 championship,he finished third in Formula Renault 3.5 and he’s won races in every category he’s ever competed in so he’s clearly got the talent to warrant his F1 drive.

If the guy was hopeless, Had never won anything and never looked like doing anything in F1 then I’d be right there saying he doesn’t deserve to be in F1 but he’s clearly not hopeless, He’s clearly not slow and his results show he’s more than good enough for F1.

I’d also point out that there were times last year where he was easily faster than Grosjean and he is someone everyone was praising in the second half of 2013.
PeterG

Happy birthday to Oukilf1 and Bruno!