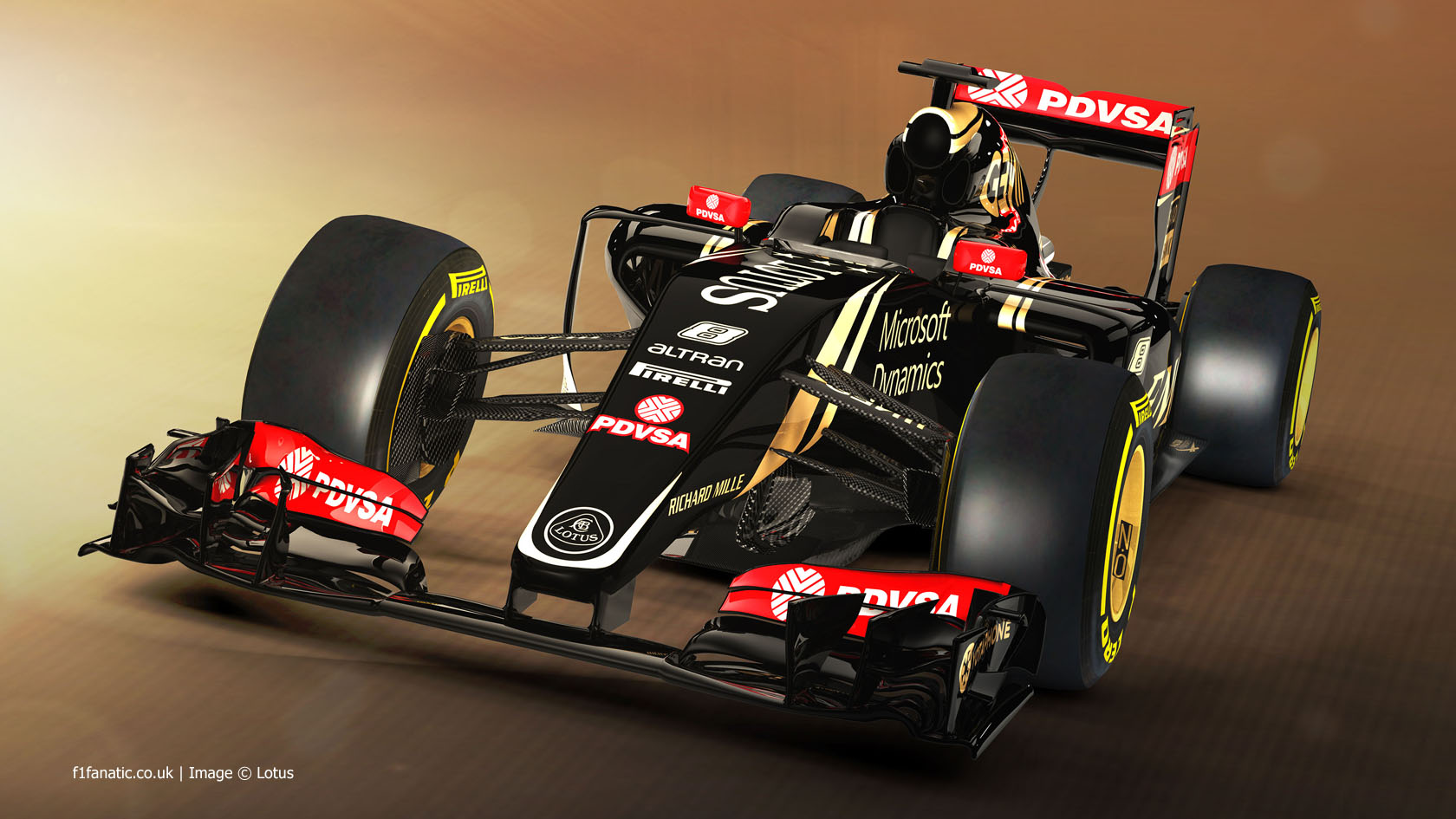 Lotus have become the second team to reveal their 2015 F1 car. The first pictures of the E23 Hybrid was published by the team today.

Lotus technical director Nick Chester described the car, which will be powered by Mercedes’ V6 hybrid turbo, as “a massive step forward”.

“It’s no secret that we struggled with last year’s car so we’ve targeted every area that caused us an issue,” he said. “We’ve made strong progress in the wind tunnel as well as in areas such as packaging and cooling.”

“We expect the E23 to perform far, far better than its predecessor.”

Chester said the new power unit “looks to be the one area of the car which could bring us the greatest performance gain”.

“It’s not just performance, but reliability and driveability as well as packaging and cooling too,” he explained.

Among the most obvious changes from last year’s E22 is the replacement of the unusual twin-tusk nose with a more conventional design. However Chester added the team also had to come to terms with last year’s banning of front-rear inter-connected suspension.

“We were delivered something of a blow last year when the front-rear interconnected suspension was outlawed mid-season,” he said. “The E23’s suspension design is specific to the updated regulations so we’re not trying to update a system originally intended to work a different way.”

“We learnt a lot in many areas of the car over the course of 2014 so there are many lessons which have been applied. We know we’ve made a big step. We won’t know how our car will fare in relative terms until we’re out in action at a grand prix, but we certainly expect to be much more competitive than last year.”