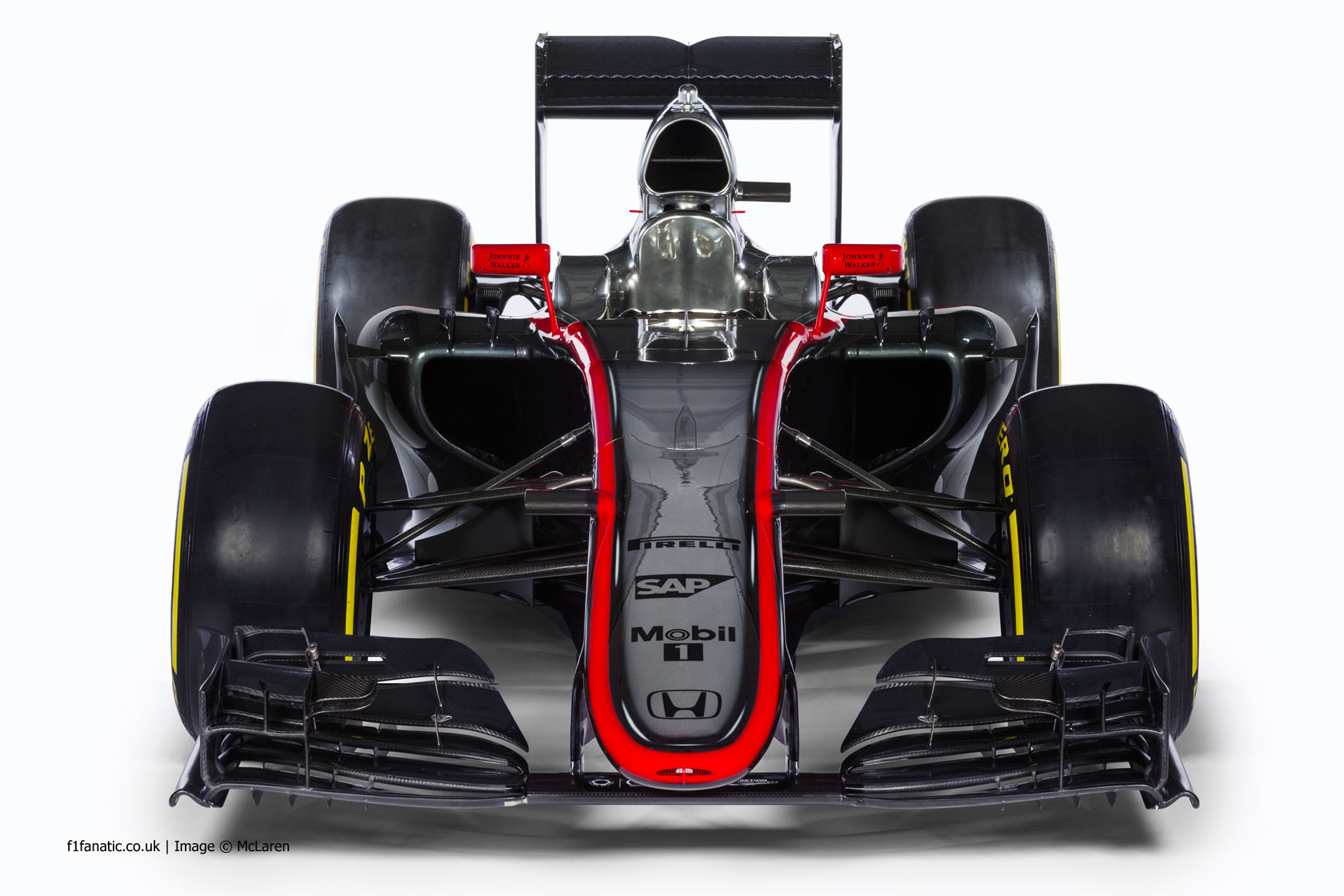 The McLaren MP4-30, the team’s first Honda-powered racing car since 1992, has been pictured for the first time ahead of the 2015 season. The team are the only one on the grid to use Honda’s new RA615H power unit as the Japanese manufacturer returns to F1 for the first time since 2008.

Together McLaren and Honda won all four constructors’ championships and powered the four drivers’ champions between 1988 and 1991 – a success they intend to replicate.

“I was team principal all those years ago,” said group CEO Ron Dennis, “and while I don’t tend to like looking back to the past our previous record of sustained success was certainly instrumental in creating the confidence to make the decision to partner with Honda again”.

“Now, there’s real hunger to demonstrate the capabilities of the huge talent pool we share between us, and I’m totally committed to driving progress and achieving further success.”

Team principal Eric Boullier, who joined McLaren at the start of last season, said the team is “stronger than ever” following the restructuring which took place last year. “We acknowledge that our journey will require a huge amount of hard work, dedication and application from everyone involved, in both Woking and Sakura,” he said, “but we’re ready and committed to building on the foundations we’ve already established in order eventually to enjoy the results we crave”.