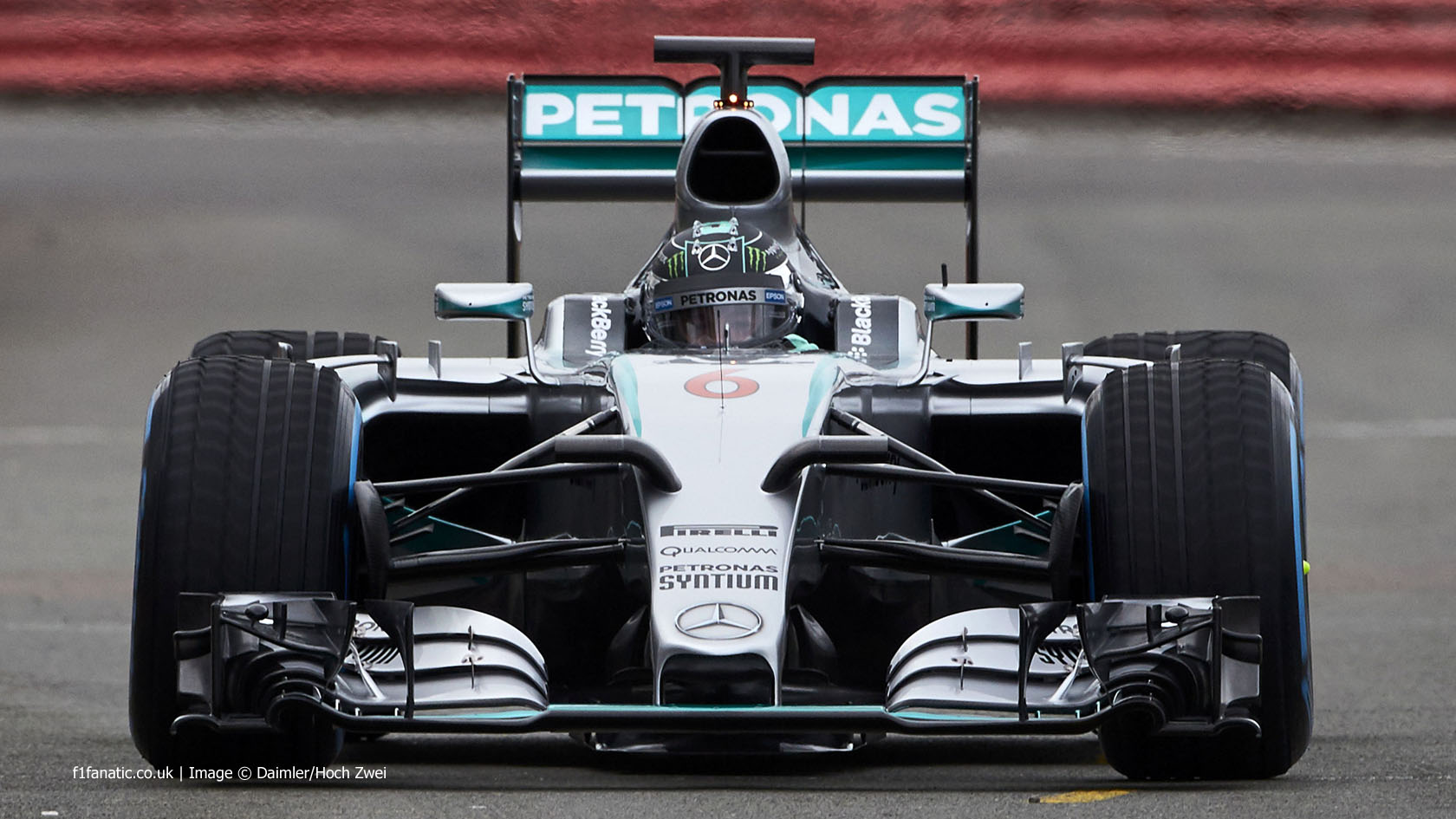 The car which Mercedes hope will allow them to defend their constructors’ championship and which Lewis Hamilton will use to seek a third drivers’ title has broken cover.

Mercedes has revealed the first video footage of its new car, the W06, running at Silverstone today.

The team conducting a filming day with Nico Rosberg and Lewis Hamilton driving the new car ahead of the first test which begins at Jerez on Sunday. The car covered 18 laps but inclement weather prevented further running.