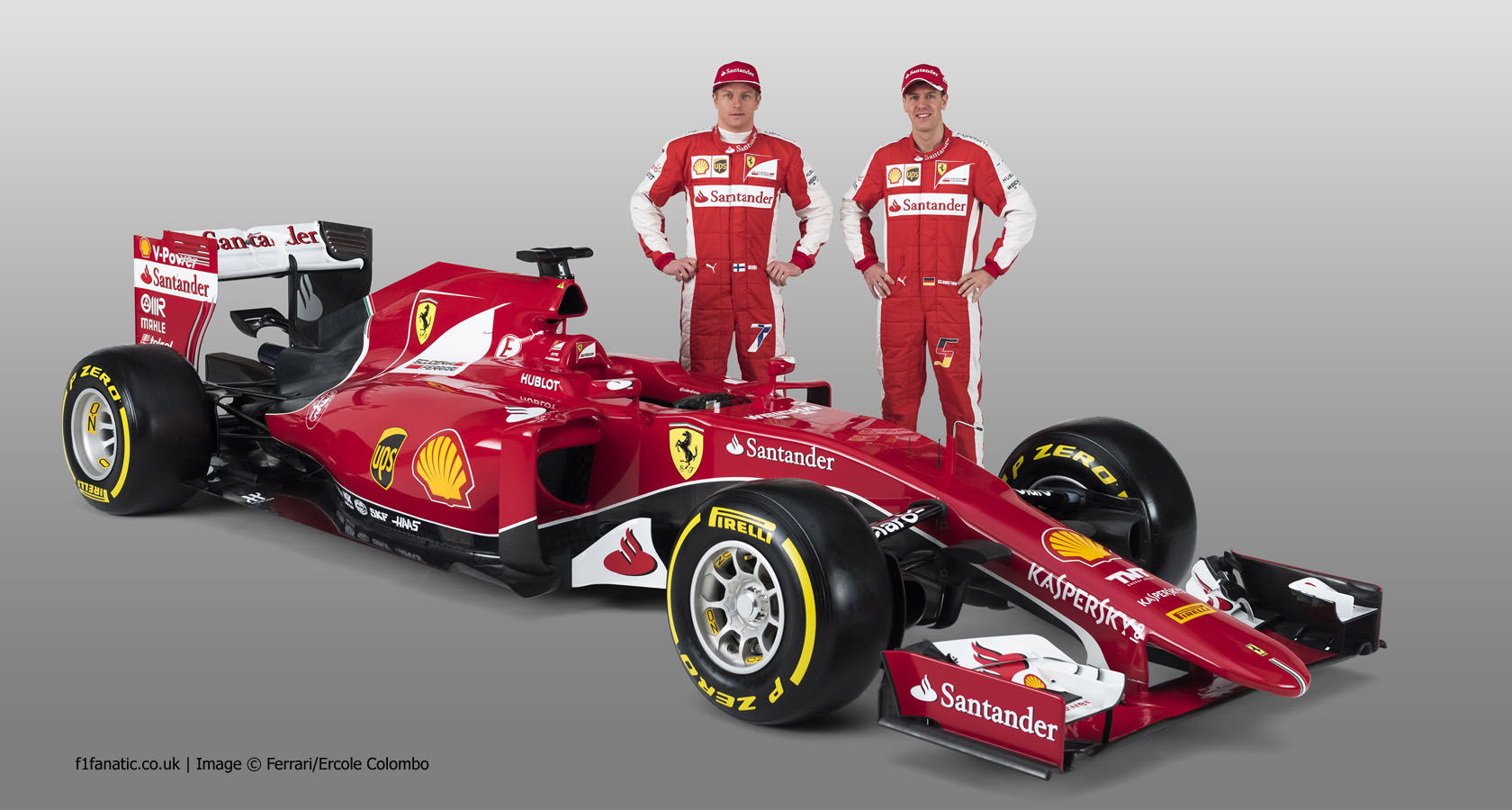 The first pictures of the Ferrari SF-15T, which will be driven by Sebastian Vettel, and Kimi Raikkonen, have appeared.

Technical director James Allison said the team aimed to address the “unacceptably large gap in our performance” last year, when Ferrari failed to win a race for the first time since 1993.

“We’ve tried to make sure the weaknesses we felt were particularly notable on the ’14 car were put right for the 15 car,” he said.

Allison said the team have made major gains with the packaging of the car at the rear. The back of the car is something that is noticeably different from the 2014 car where we have been successful in pulling the bodywork much tighter to everything underneath the skin,” he explained.

“That’s been done through a lot of work not just in the wind tunnel but also in the design heart of the company to try and find radiator designs that were fundamentally more efficient. So for every square centimetre of radiator we’re able to extract more cooling this year than last and therefore able to close the car down at the back significantly.” The front of the car features a long, smooth nose which is familiar from other designs which have already appeared following another change in the regulations governing this part of the car.

“I think all the cars on the grid this year are going to be more appealing around the front,” said Allison, “because after after a few years of trying I think we’ve finally invented a regulation that gets what we wanted from a safety point of view but also doesn’t create the rather unappealing features of the last few years”.

“So I think everyone will look a lot prettier from the front and the 2015 Ferrari is, I think, nice in that regard.”

Ferrari has also chosen to retain its pull-rod suspension layout, which sets it apart from other teams. Allison explained how the team had taken the decision to keep it.

“Every year you set out which areas of the car you think you should put your effort into to try and improve them,” he said. “These are decisions that need to be taken quite carefully because when you make a choice of working on one part of the car, because you don’t have infinite resources, you’re effectively making a choice not to work on the other part of the car.

“So when you decide what to work on you have to pick quite carefully the things that you think are going to bring the maximum amount of return for your effort. And push-rod, poll-rod on the front, it has pros and cons either side.

“Pull-rod is probably harder to get light and stiff but it’s probably a bit easier to get an aerodynamic performance from it. So it’s swings and roundabouts. It was an area of the car that was something that wasn’t felt to be a problem on last year’s car and therefore not an area that really merited investment of effort in this time around on the SF-15T.”