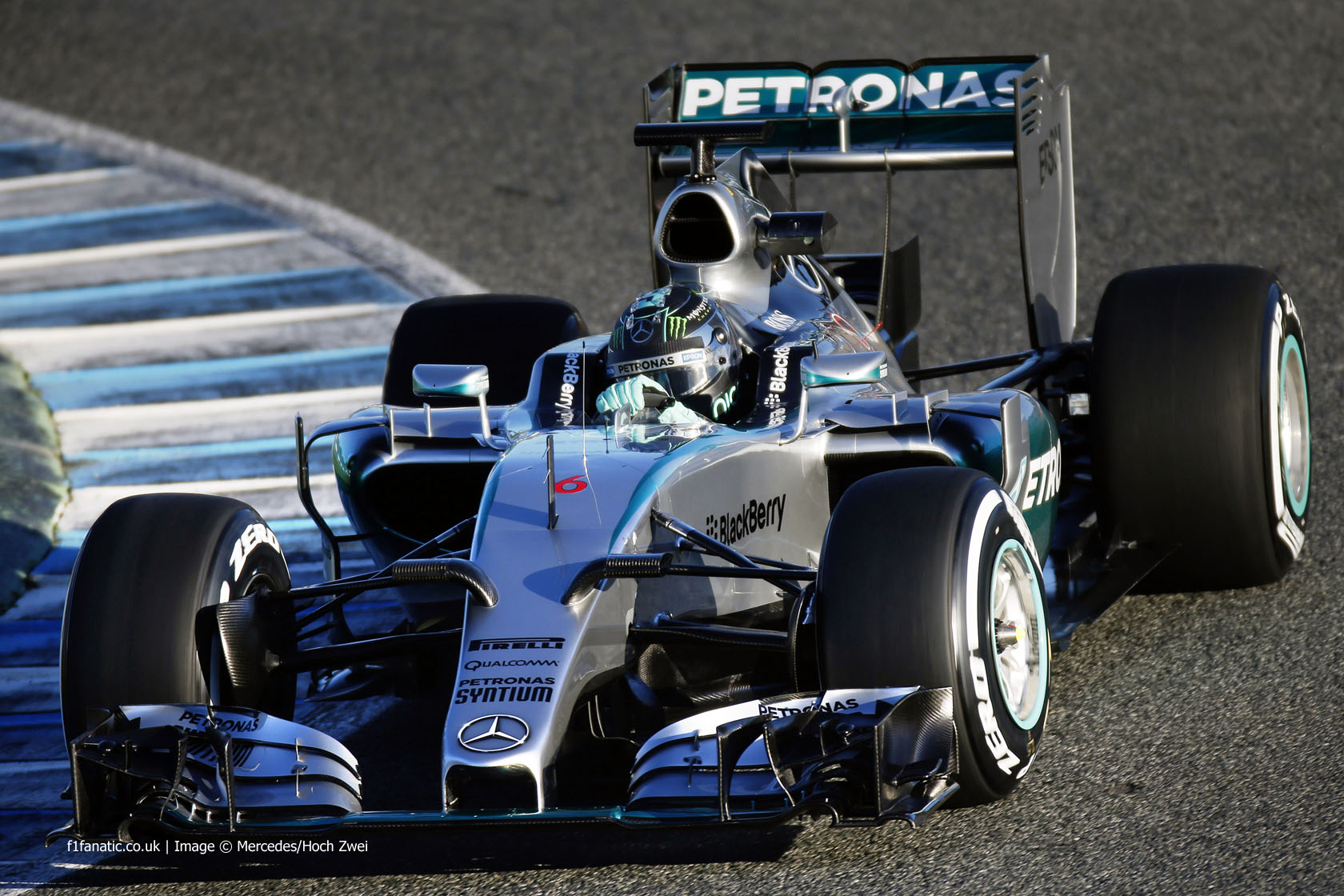 In the round-up: Fernando Alonso believes Mercedes will not repeat their feat of winning 16 races in 2015.

"I don't think they will win so many races this year. Yes, they are favourites, but all the other teams will be more prepared than last year."

"The engine is an integral part of our size zero policy. The car is phenomenally tightly packaged in the back end, which has given huge scope to Peter Prodromou and his team and they have taken full advantage of it."

"We have already fixed it. We have found out what has happened, and tonight we change something and tomorrow will be much better."

"The potential is obviously huge, but it's also a time of change with a lot of people leaving, a lot of people coming, people getting promoted and put in different places. But definitely motivation is high, not just with me, but all the team to get back to the front as soon as possible."

"The fall in F1 numbers, disclosed by F1 boss Bernie Ecclestone in the sport’s annual broadcast report, yet to be made public, showed that worldwide audiences fell by 5.6 per cent to 425 million different fans tuning in across the season from 450 million previously."

Pretty sweet leaving the garage with that paint scheme this morning. Day off tomorrow then back in on tuesday to rack up some more laps

Some perspective on Mercedes’ impressive start to testing yesterday in which they racked up 157 laps at Jerez:

It is quite rare for one team to be so reliable straight out of the box. These are the most laps completed by a team on the opening day of testing:

F1’s current points system – twenty-five for a win down to one for last place – was officially confirmed by the FIA five years ago today.