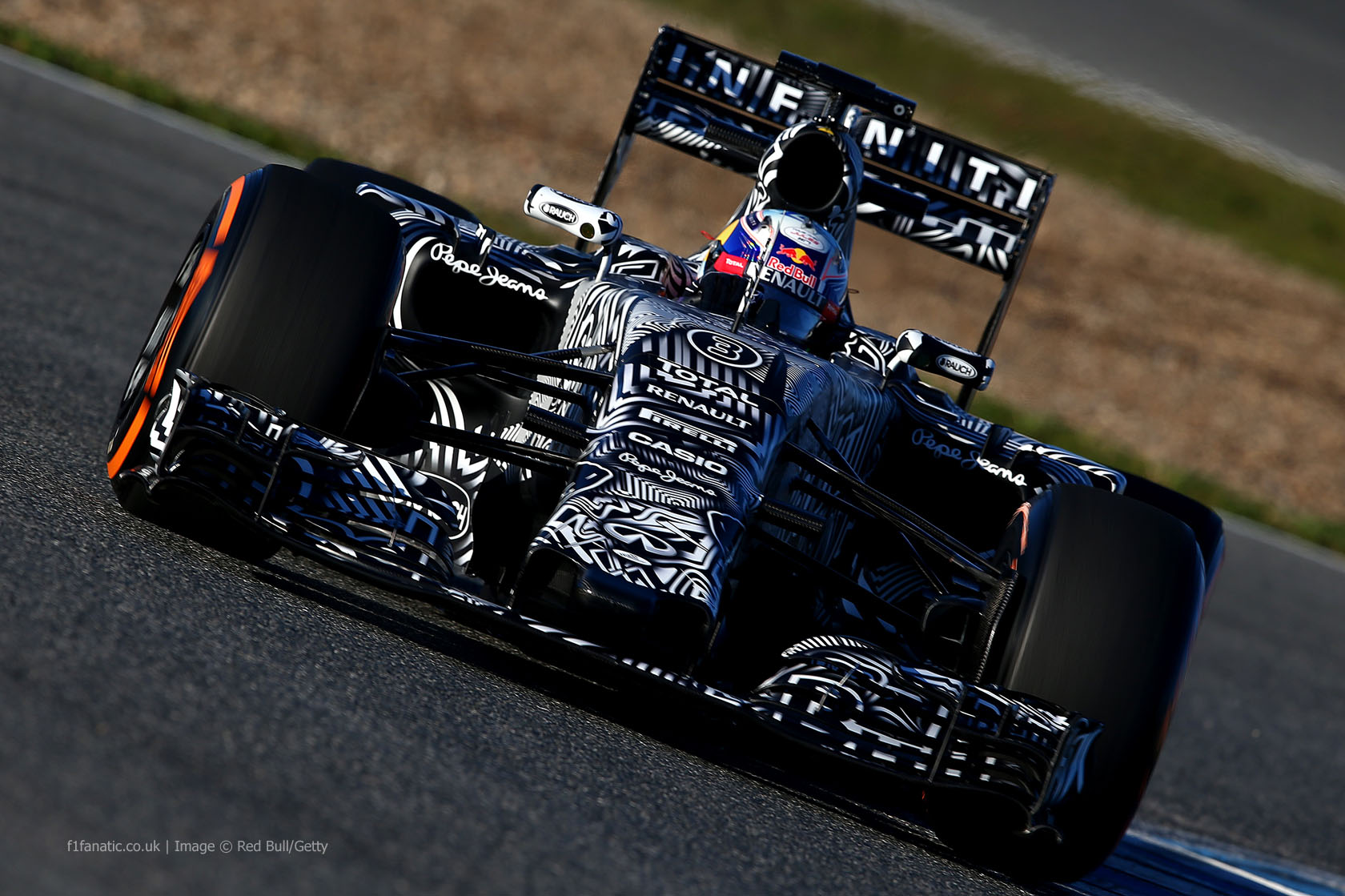 Daniel Ricciardo says he isn’t concerned over the limited running Red Bull have completed during the first three days of testing at Jerez.

Ricciardo had to sit out much of the morning’s running on Tuesday due to an engine change. However he pointed out the team have had a more productive start to testing than last year.

“Every lap we do we understand something, whether it’s with the car or with the drive-ability from Renault,” he told reporters at Jerez. “Obviously the more laps we do the better. But still 48 laps is good for us today looking back to last year I think there’s a lot of positive.”

However Ricciardo admitted he’d “like to know a bit more” about the new RB11, which he won’t drive again until the second test at the Circuit de Catalunya.

“We were limited with a bit of running today but the last hour was better, we got a bit more long runs done,” he said.

“That’s, I think, in testing where you get to know the car a bit better and feel how well it uses the tyres. I don’t know about the pace, it’s still hard with fuel loads and everything but I think the consistency at least, putting a few laps together, was not bad in the end. A few positives to take away today.”

Ricciardo said former team mate Sebastian Vettel’s fastest lap time for Ferrari yesterday was an indication of the gains the team had made over the winter.

“If I was to guess obviously the time Seb did yesterday was quick,” he said. “I don’t know the fuel, tyres, whatever but in any case it was a good time.”

“Ferrari look to be OK for now, as for the rest it’s still early. Maybe Barcelona we’ll now a little bit more if people start using the soft tyre or everyone uses the same tyre then we’ll understand a little bit more.”

2 comments on “Ricciardo shrugs off troubled start to testing”