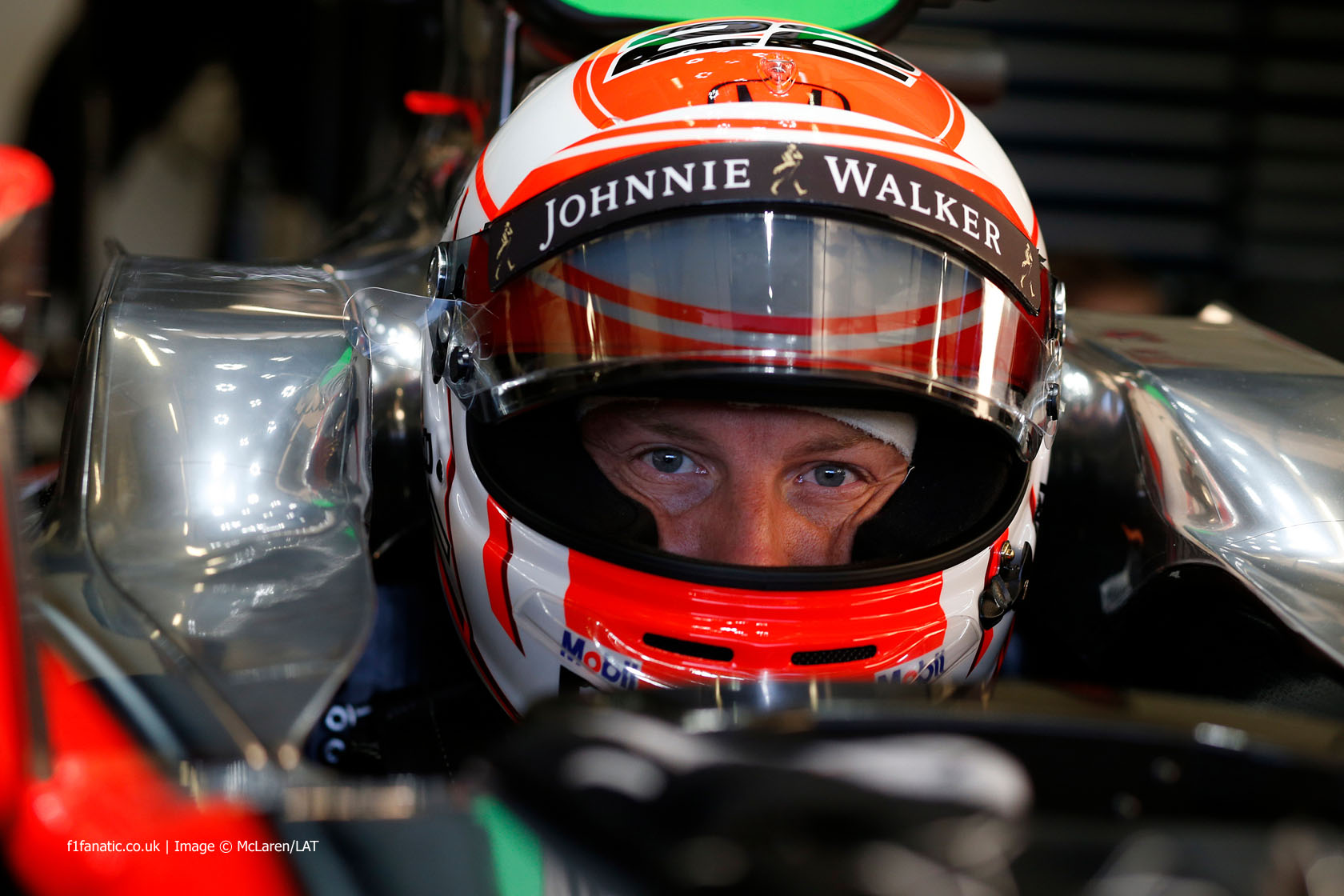 Jenson Button doubts the new McLaren-Honda will finish on the podium on its debut at Melbourne next month but expects progress throughout the year.

“Our first aim I think at the first race is to finish, to gain lots of experience,” said Button at a press conference in Tokyo. “But we knew that it was going to be a difficult start to the season. Every other team, every other manufacturer, has experience of working with these power units. Our aim is to improve throughout the year.”

Button said McLaren had integrated well with its new engine supplier following the first test of the new MP4-30 last week. “I think they’ve really working well together,” he said.

“So this is really important and it’s great to see that working relationship already in the team.”

Button, who scored his first F1 race victory in a Honda-powered car in 2006, said he believed Japanese fans “need Honda to be in Formula One”.

“It seems that you have a lot of Formula One fans or motor sport fans so to have a Japanese engine manufacturer back in the sport really does mean a lot.”