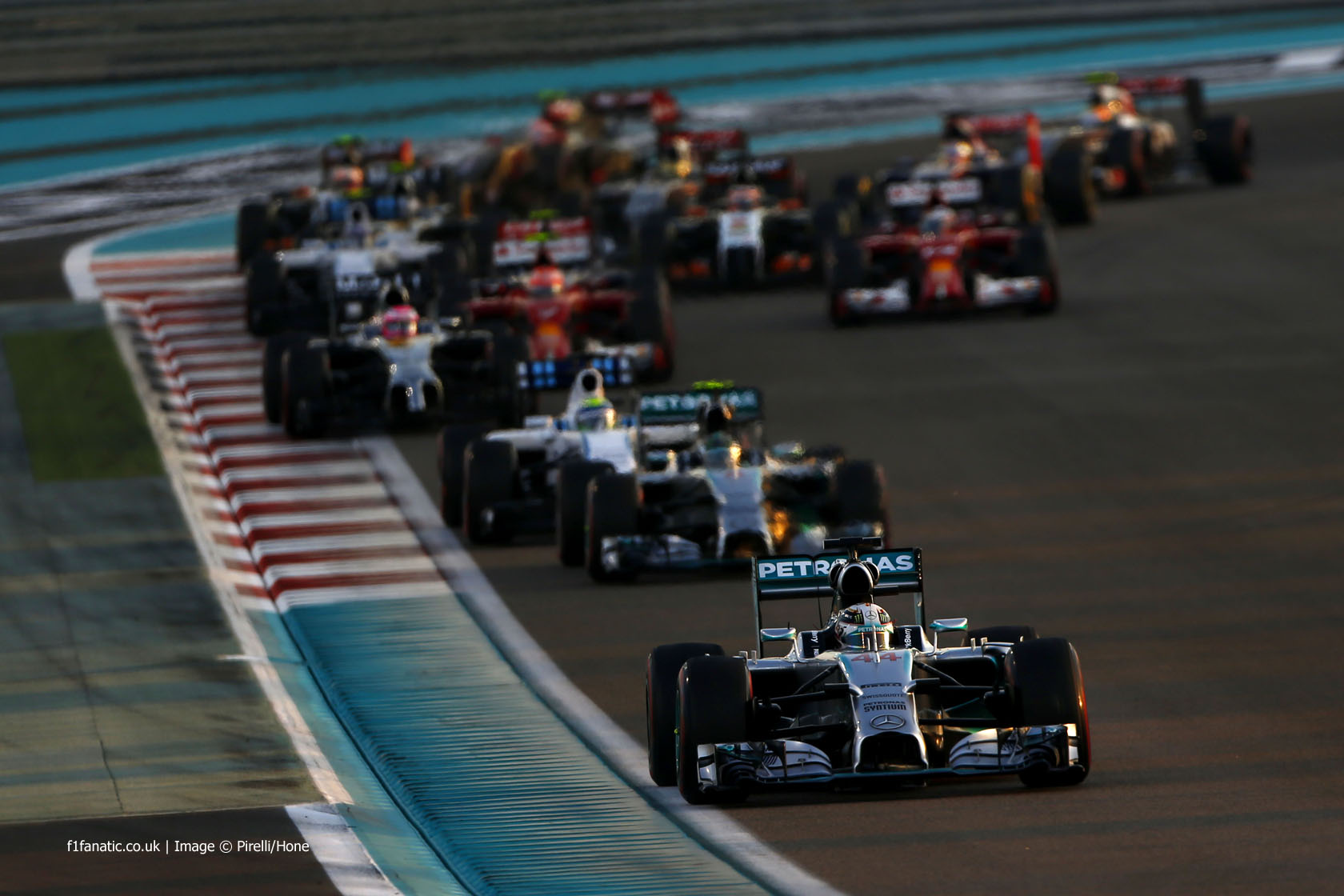 In the round-up: Lotus chairman Gerard Lopez is concerned those running the sport are holding it back.

"Why do these potential sponsors never make the leap when they are not really undaunted by the amounts requested in F1. What's holding them back? Is it because of the sport's archaic management and organisation?"

Renault should have Red Bull fixes for Barcelona (F1i)

"Red Bull experienced more problems because the power unit integration process is different on the RB11, compared to Toro Rosso’s STR10; the intercooler installation is not the same for instance."

"Renault has revealed that it may tactically delay using Formula 1 engine development tokens early this season in a bid to make bigger gains for 2016."

"I believe that the current architecture can produce roughly 1,000 hp and more sound if we increase the flow rate. However, we should not dilute the concept of energy efficiency."

"Regardless of gender, it’s very hard to get to Formula One as there are so few opportunities. I can’t say whether it’s tougher for me than for others."

A tall order (The Way It Is)

"IndyCar today is no healthier than Champ Car was ten years ago. Its media footprint continues to dwindle and outside Indianapolis, IndyCar barely exists in the national media - TV, radio and print. If the situation was desperate ten years ago it may be unfixable today."

"This very car enabled (Damon) Hill to establish himself as a man to watch, gave him his first successes, and played a crucial role in laying the foundation for his World Championship that was to follow three years later."

@f1fanatic_co_uk it'll go perfect with my shoes. How much ? pic.twitter.com/qrjMbLztsX

Does calling last year’s Lotus “aggressive” give it too much credit?

Can teams please stop using the word ‘aggressive’ when they mean to say ‘wrong’.

Last years car wasn’t aggressive by many standards, it wasn’t aggressive compared to other cars that season (many had much much tighter and ambitious packaging given the new power units), or even with cars made at Enstone (the R31 from 2011 was aggressive).

I’ve heard Ferrari and McLaren both say their cars have been aggressive, even when they’ve been comparatively conservative. It’s nothing more than a euphemism for getting it wrong.
@DavidS

Four years ago today unrest in Bahrain forced the cancellation of the GP2 Asia rounds at the track. The same would eventually force F1 to abandon its race at the track after monthly of wrangling.