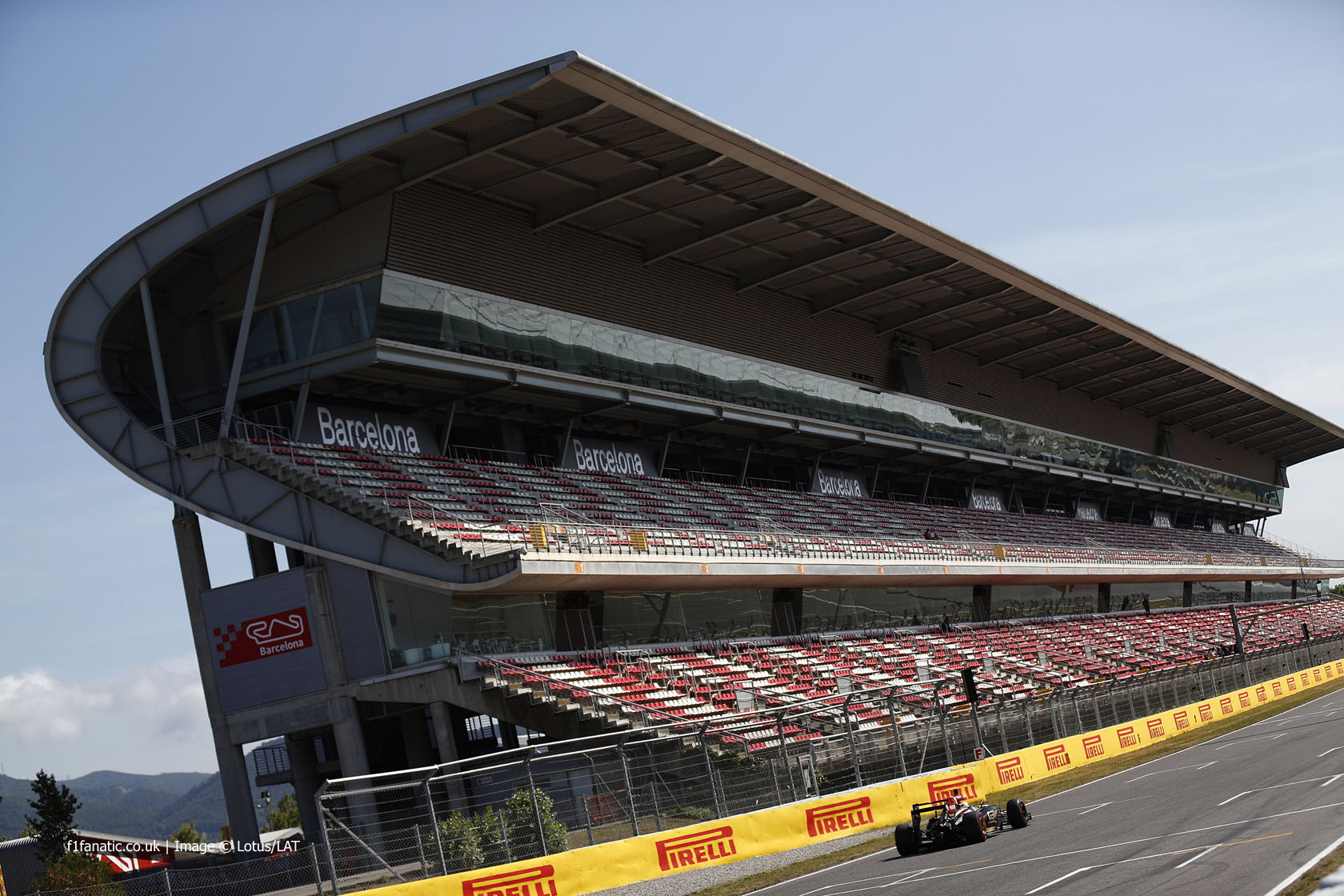 The driver line-up for the second F1 test of 2015 has been confirmed.

Nine teams will participate in the four-day test which starts tomorrow at the Circuit de Catalunya. Force India will make their first appearance at a test this year, but will be using their 2014 VJM07 chassis.

The remaining teams will continue work with their 2015 cars. Most will use their race drivers, however three test drivers will also have their first runs of the year: Jolyon Palmer, Pascal Wehrlein and Susie Wolff.

Air temperatures are expected to peak at up to 15C during the test. Dry conditions are forecast except on Saturday, when there is a reasonablechance of light rain throughout the day.