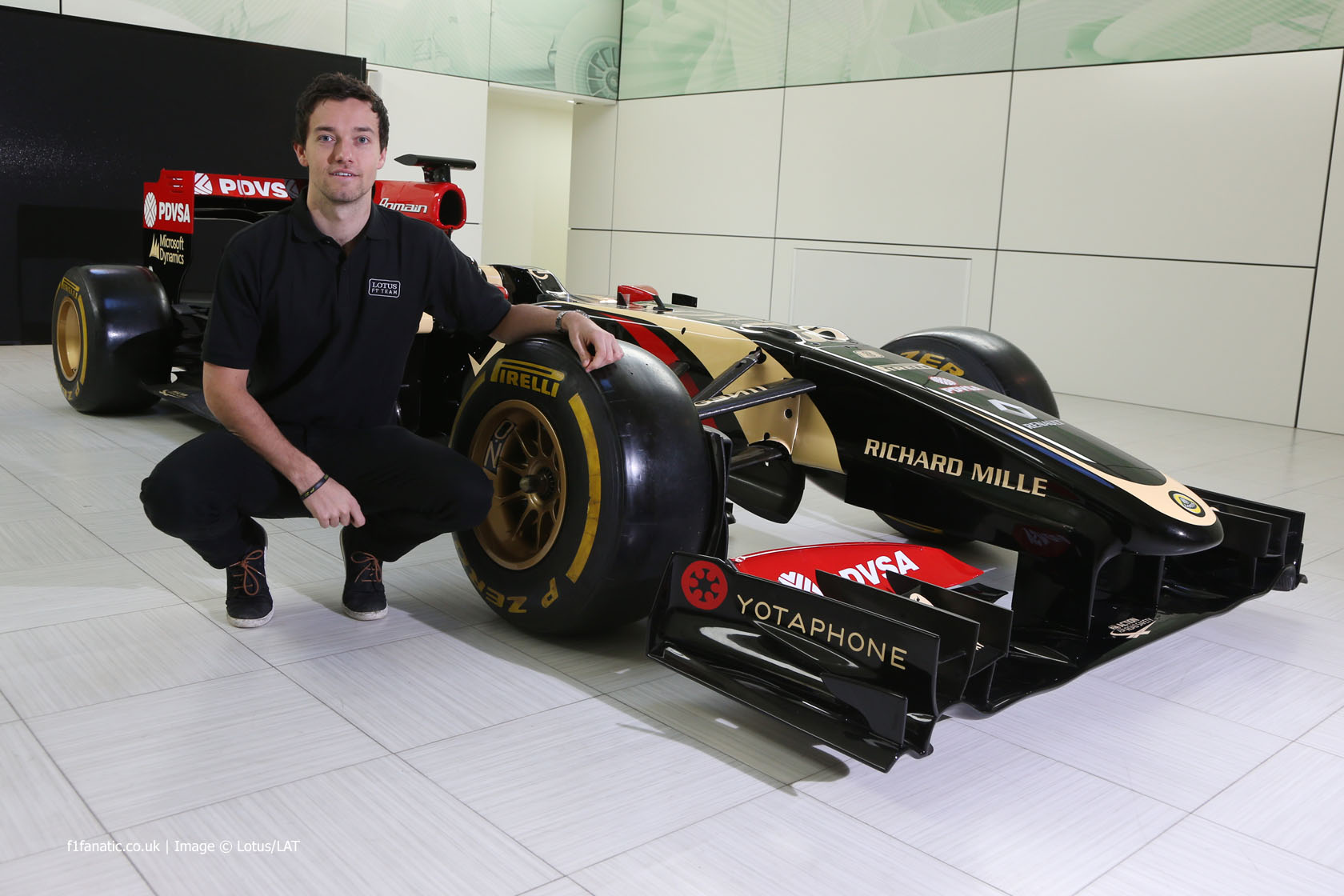 New Lotus third driver Jolyon Palmer will have his first run in the team’s 2015 car in this week’s test at the Circuit de Catalunya.

Palmer, the reigning GP2 champion, will drive the car on the second day of the test on Friday. The son of former F1 driver Jonathan Palmer was confirmed as Lotus’s third driver last month and tested for Force India at the end of 2014.

Pastor Maldonado will be at the wheel when the test begins tomorrow and drive again on Saturday, bringing him up to a total of four days in the E23.

However the team’s other race driver Romain Grosjean will only have his second day in the new car on Sunday.