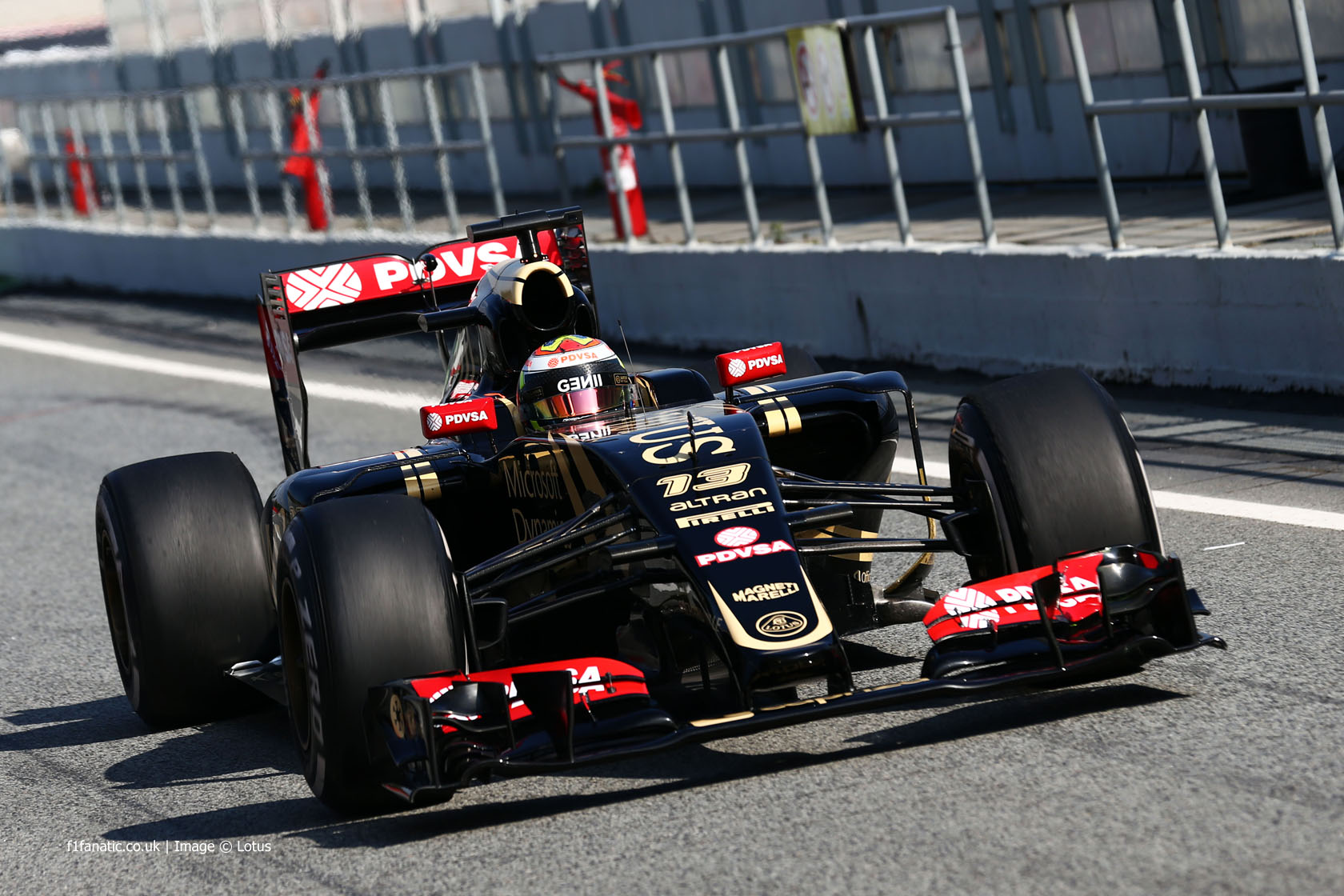 Pastor Maldonado put the Mercedes-powered Lotus E23 at the head of the time sheets as pre-season testing resumed at the Circuit de Catalunya.

Kimi Raikkonen had been quickest for much of the earlier running before Maldonado pipped the Ferrari driver’s best time in the final hour of the session.

Maldonado’s lap of 1’25.011, which he did on soft tyres, was two-tenths of a second quicker than last year’s pole position time for the Spanish Grand Prix, set by Lewis Hamilton on medium tyres.

Hamilton briefly participated in today’s test but stopped after 11 laps as he was feeling unwell. Mercedes therefore recalled test driver Pascal Wehrlein who had already begun driving duties for Force India, who in turned called on Sergio Perez to take over in the only 2014-specification car at the test.

Wehrlein therefore set times in two different chassis, with little more than a tenth of a second between the two, and ended the day eighth and ninth overall. The beginning of the test was interrupted by red flags on two occasions when Maldonado’s car came to a stop early in the lap.

Jenson Button made a promising start to the day for McLaren, lapping closer to their rivals’ times than they had in Jerez. But after 21 laps an MGU-K fault sent the car back to the garage for the rest of the day.

The most dramatic interruption of the day came when Felipe Nasr collided with Williams test driver Susie Wolff, leaving both cars damaged and unable to drive back to the pits. The red flags came out again while they were recovered.

Both teams managed to get their drivers back on track in the final hour of the session. But shortly before the chequered flag was due to appear another stoppage for Nasr brought the session to a close.

69 comments on “Maldonado tops test as Wolff and Nasr tangle”