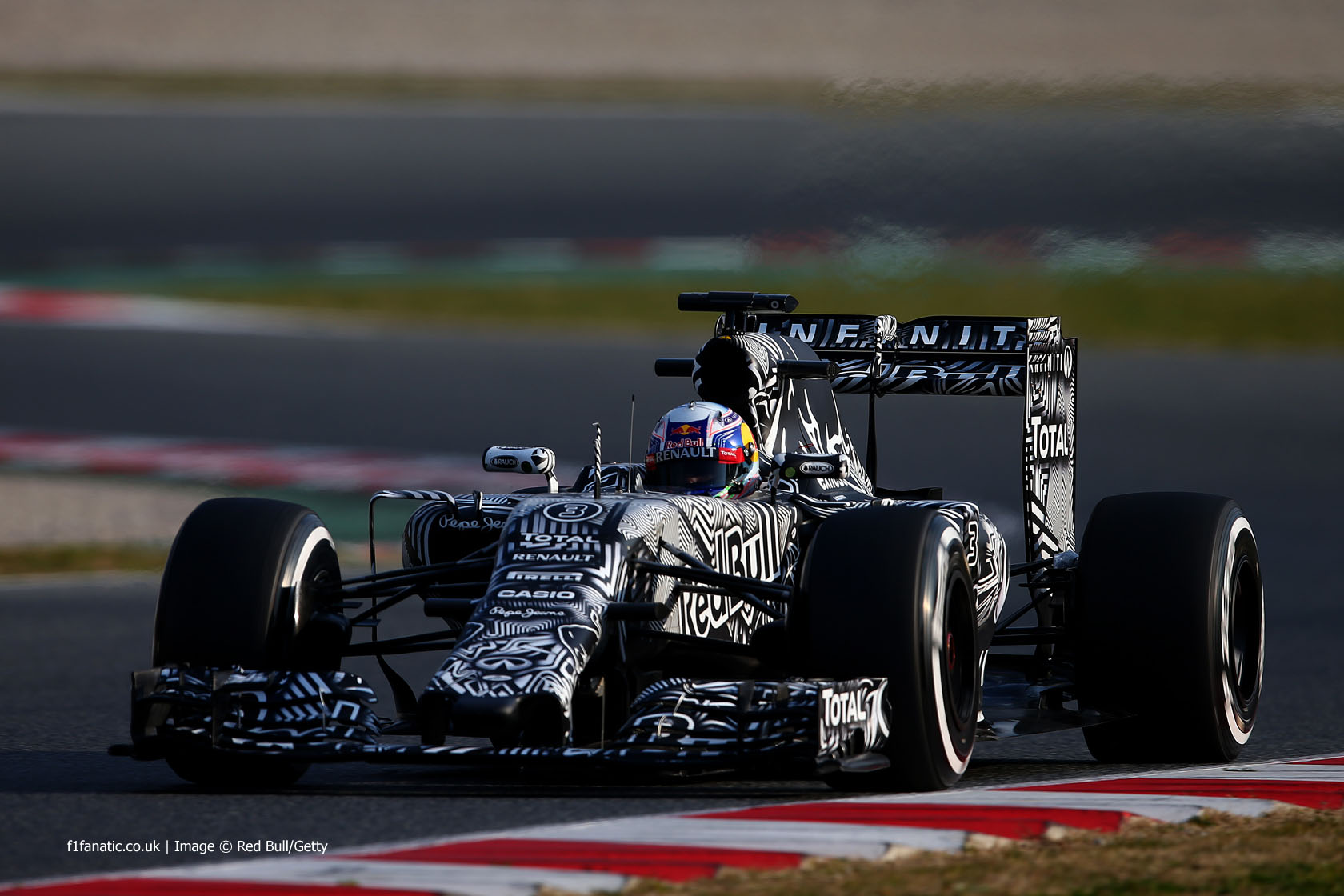 Daniel Ricciardo narrowly headed the times as F1 reached the halfway point in pre-season testing at the Circuit de Catalunya.

It was an encouraging day for Red Bull as the RB11, which failed to cover a grand prix distance on each of the previous five days of testing, covered more than two races’ worth of running on day six.

For the second day in a row Kimi Raikkonen was the second-fastest driver for Ferrari, albeit just a hundredth of a second off Ricciardo’s mark. Felipe Massa’s Williams also lapped within a tenth of a second of the Red Bull driver’s time.

Sergio Perez and Lewis Hamilton also set times which were quicker than yesterday’s fastest by Pastor Maldonado. Hamilton, who abandoned his test yesterday due to illness, took over from team mate Nico Rosberg at the wheel of the Mercedes halfway through today’s running.

Like Ricciardo, Hamilton completed a race simulation run. Between him and Rosberg, Mercedes clocked up 155 laps – more than any of their rivals.

Despite nursing a problem with their power unit, McLaren’s MP4-30 covered 59 laps in Fernando Alonso’s hands – seven short of a race distance at the Circuit de Catalunya, and ended the day seventh-quickest.

It was a less eventful test than yesterday, though Carlos Sainz Jnr caused one red flag after spinning his Toro Rosso at Campsa. Tomorrow may be quieter still, as rain is forecast to hit the circuit from mid-morning.

41 comments on “Ricciardo quickest on productive day for Red Bull”