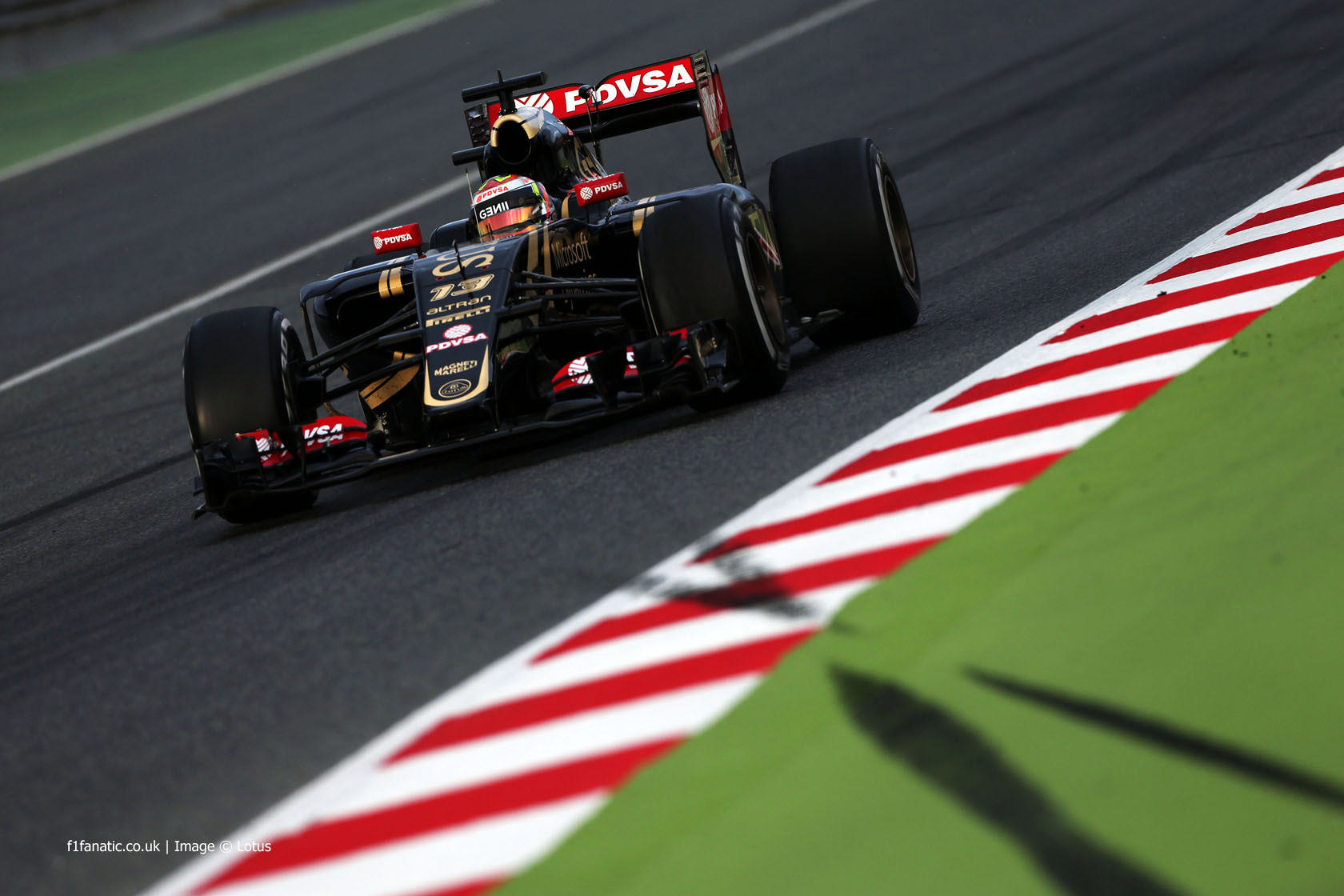 Pastor Maldonado lowered the fastest time of this week’s test at Barcelona to a 1’24.348 to head the session for Lotus.

Maldonado set his best time on Pirelli’s new super-soft tyre compound. He covered over 100 laps as he wrapped up his participation in this week’s test, having also been quickest during Thursday’s running.

However it was another disappointing day for McLaren. Having brought a new design of the seal on their MGU-K the team were dismayed to see Jenson Button stop early in the day. He covered just 24 laps.

The day began with an early red flag when Sebastian Vettel went into a gravel trap in his Ferrari. It caused little disruption to the team’s testing programme, however.

Concerns over inclement weather led Williams to split their running between Valtteri Bottas and Felipe Massa. However they turned out to be one of six teams to complete over 100 laps of the Circuit de Catalunya.

Max Verstappen did the most and set the second-fastest time in the Toro Rosso. He came to a stop late in the session, causing the day’s final red flag.

Lewis Hamilton was third quickest and has now driven on three consecutive days. Team mate Nico Rosberg will be back in the W06 tomorrow, when the second pre-season test concludes.