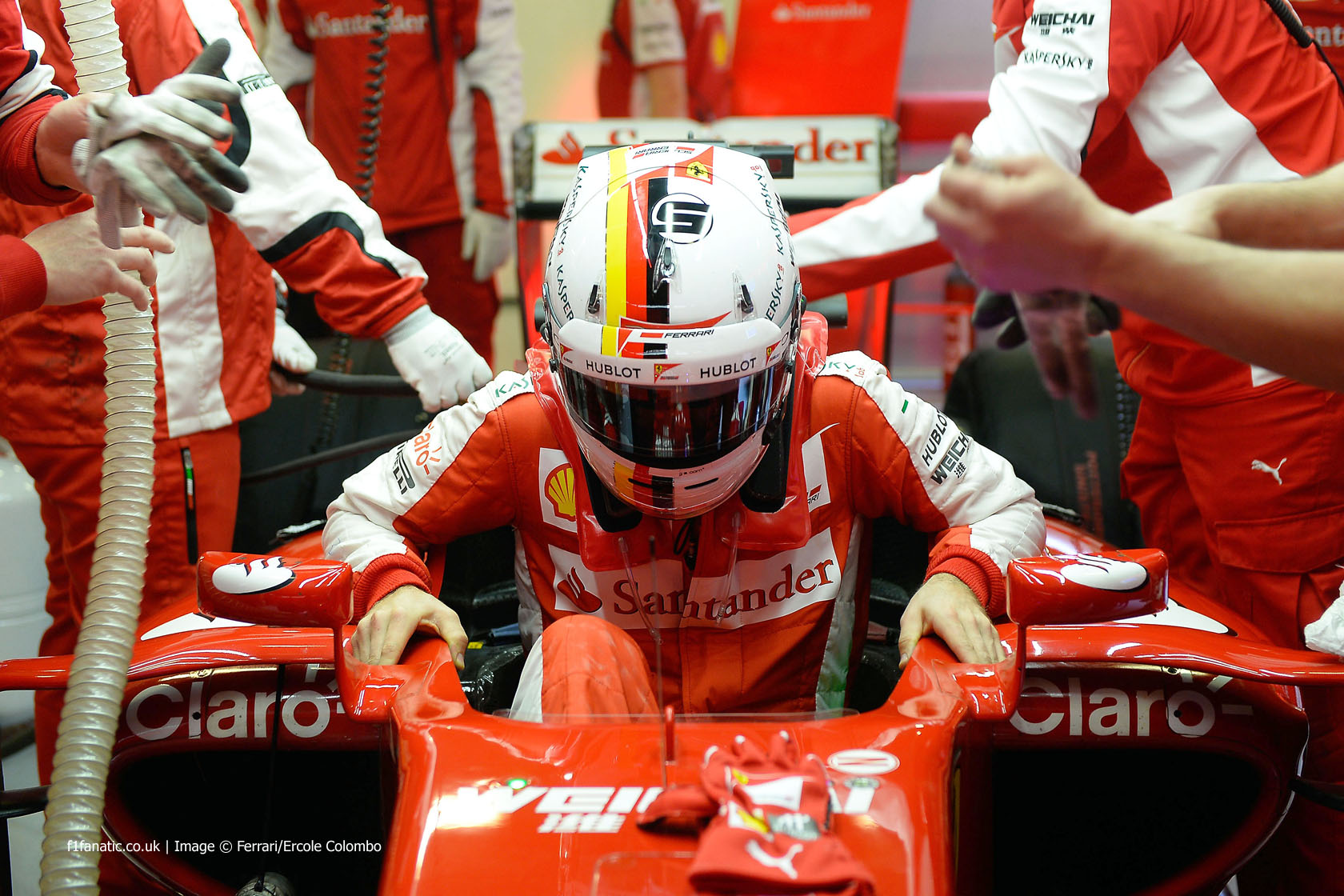 In the round-up: Sebastian Vettel says he could flout F1’s proposed ban on drivers changing their helmet designs.

#F1 Vettel about the ban on helmet design changes: "If the penalty is just a little fine for charity I'm happy to keep changing my helmets."

Pitstop practice day here in Barcelona done – important to be ready in these areas too for Melbourne in 3 weeks. Tomorrow busy test day👍 #77

The things you do to stay warm at a winter test. Feeling better now @EvansTecwyn pic.twitter.com/iFsbqFcubv "I anticipate a harder fight this year."

Button: McLaren winter 'looks worse than it is' (ESPN)

"I haven't really driven this car in anger yet. I did one new tyre run this morning which was cut short and I did one on Thursday morning at 10 o'clock, and that was it. It's been a tough test for me personally."

"Everything is flowing much better than last year without any problems… The car is reacting to the changes, which is quite fair."

"The tyres are rock solid and they don't really work very often. Well, they haven't been for me at least."

"Last year I had some pretty strong drives, even though they were outside the points. But I’m hoping we have a car that suits me a little bit better this year, which seems to be the case, and from there I can really work hard." Is it useful to compare McLaren’s problems with the Honda engine last year to Red Bull’s with the Renault last year?

The guys at McLaren always mentions Red Bull’s struggles last year to explain how complex their operations with a new power unit are.

But last year at this stage Renault was already doing much greater series of laps on their other cars than Honda with McLaren. Red Bull with its tight package was the problem.

Now the power unit has its own problems and they still have to put it to work on a car as tight as the Red Bull.

Being Honda’s only customer is hurting them badly.
Edgar

Five years ago today Ferrari published the first of its now-infamous anonymous ‘horse whisperer’ letters. Will the team continue the practice following its huge upheaval at the end of last year – and does the departure of Luca di Montezemolo mean someone else will be writing these biting missives?