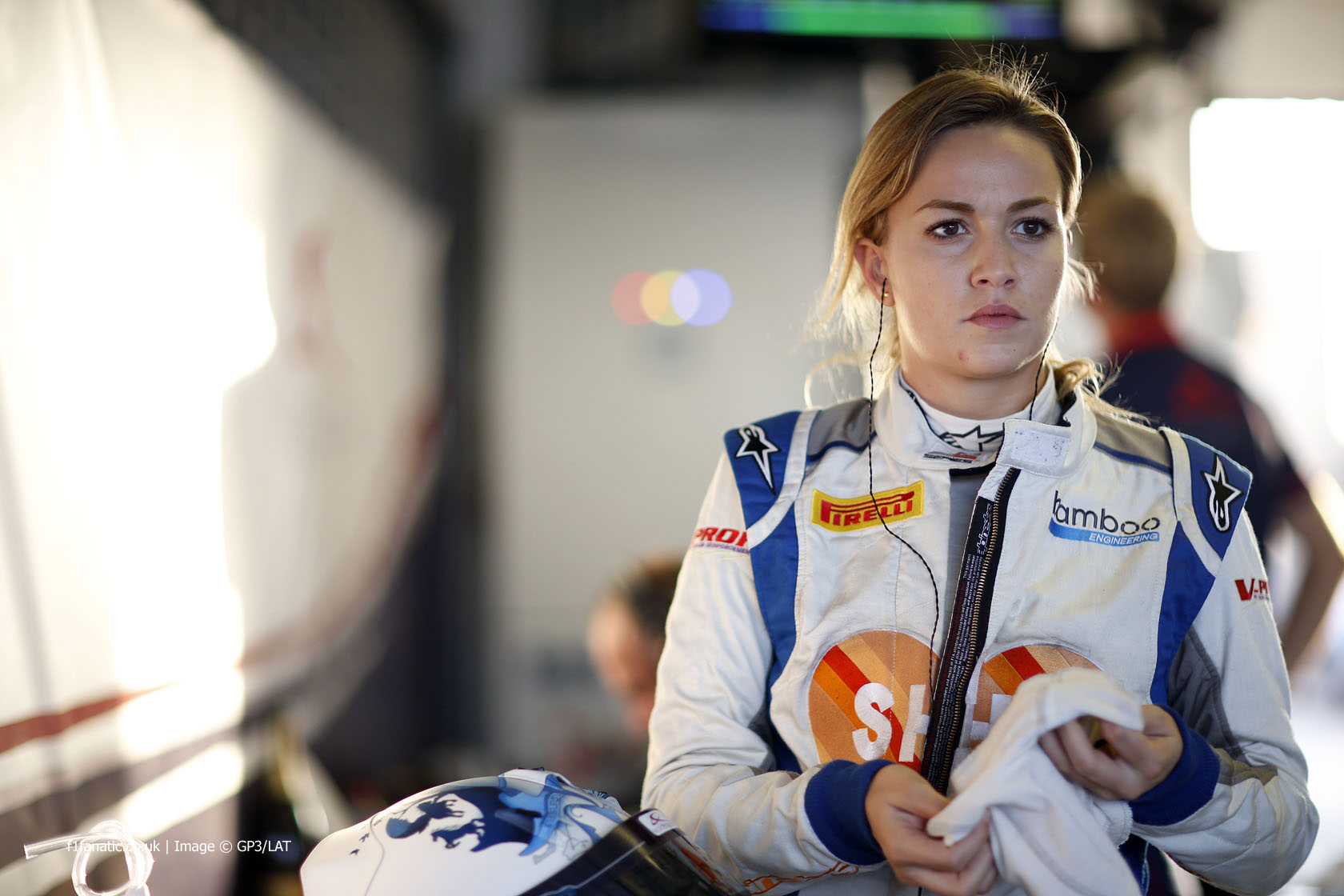 GP3 driver Carmen Jorda has been appointed as development driver for Lotus.

The 26-year-old Spanish racer will work alongside the team’s third driver Jolyon Palmer as well as race drivers Romain Grosjean and Pastor Maldonado.

“It’s such a fantastic opportunity,” said Jorda. “I will be working to improve myself as a driver as well as helping the team to develop the car by testing new developments in the simulator.”

Jorda spent the last three seasons racing in GP3 and scored her best result, 13th, in her first year while driving for Ocean. After a season at Bamboo in 2013 Jorda moved to Koiranen for 2014, but cut short another point-less season with four races to go.

Her car was taken over for the final four races by Dean Stoneman, who took a pole position, two wins and a second place in it.

Jorda began her single-seater career in Spain’s Formula Three championship in 2006, achieved a handful of podiums in Euro F3 Open and conducted a partial Indy Lights campaign in 2010. She has not yet scored any FIA superlicence points.