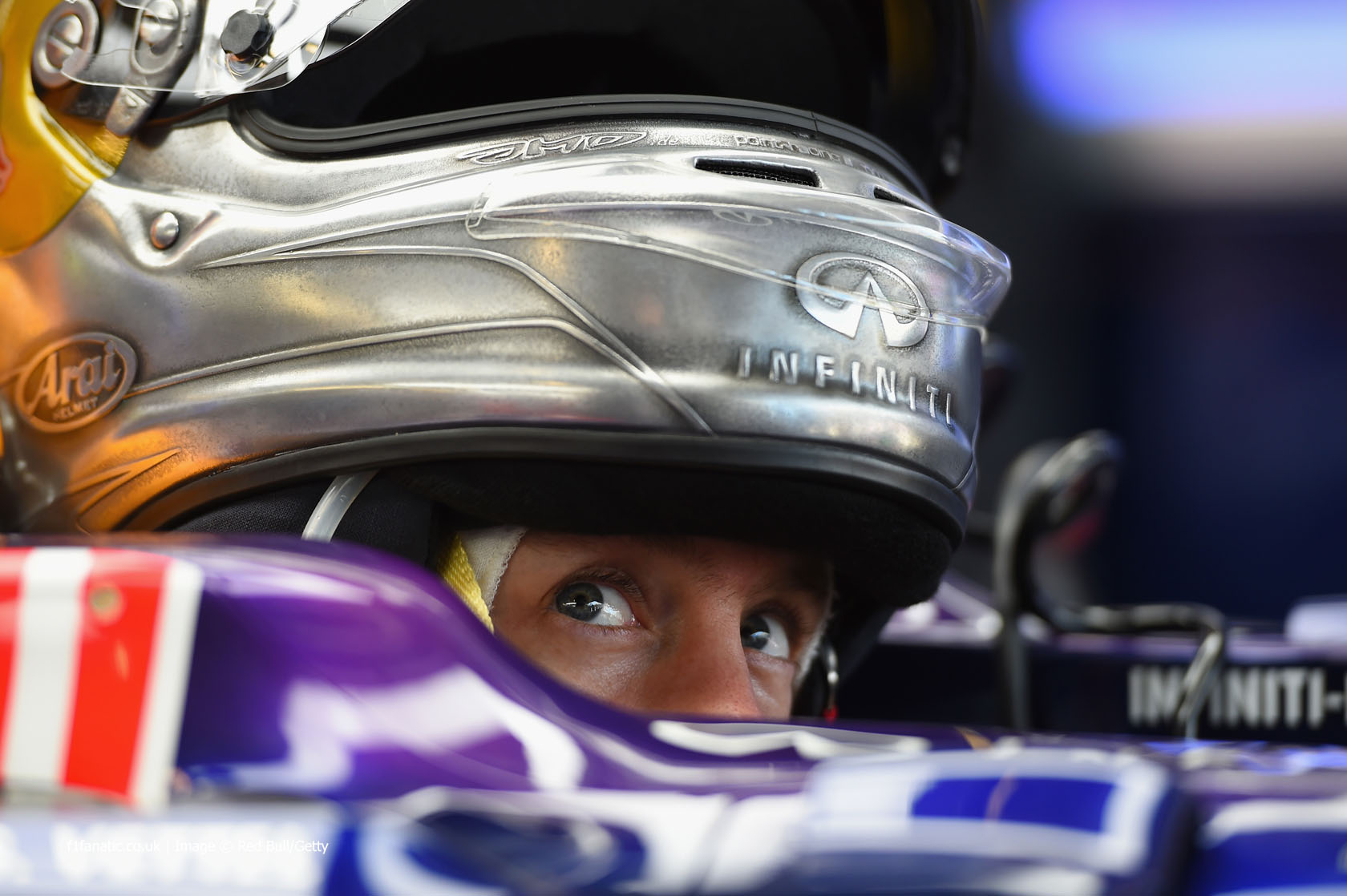 In the round-up: Sebastian Vettel criticises the FIA’s ban on drivers changing their helmet designs.

"I think it's a joke to be honest. There are more important things to decide for the future and that seems to be the only one they can conclude on."

"Dutch drivers Max and Jos Verstappen, Christijan Albers, Giedo van der Garde and Huub Rothengatter all raced for Frits van Amersfoort’s eponymous team in the early stages of their careers before making it into Formula One."

"We have used one engine only, but it is maybe not really one engine because we have refreshed the engine and worked on various components."

"Mercedes are far ahead and then it seems to be quite tight behind."

Renault admits it still has work to do (Autosport)

"To map an engine is not a case of two or three days. We're talking about weeks or sometimes months, especially with this power unit."

Modest Wolff still looking at glass as ‘half empty’ (Crash)

"Testing is always very difficult to read, but it is looking good. Now it is about proving we can do the same on a race weekend. With the normal scepticism, we need to have the glass half empty. I think we can be optimistic."

Reinventing racing's spectacle (The Way It Is)

"Most sanctioning bodies have spent so many years reducing performance, dumbing the cars down and making them all the same or spec car-like. They've forgotten that racing's original appeal was in spectacular, high-performance cars and larger than life daredevil drivers capable of mastering those mean machines."

So pleased to be joining Nissan in LMP1 @NISMO for @FIAWEC – Le Mans racing has always been a huge passion of mine http://t.co/Lkn2wqZGvO

Those who think forcing drivers to use the same helmet design all year will lead to a revival of ‘classic’ designs may be disappointed:

Helmets these days are primarily all the same anyway. Senna and Prost had very distinguishable helmets. So did Schumacher and Hill. You could spot them a mile off.

These days, they all have a big white band at the top for sponsors and all have a multitude of colours set a jagged angles.

I wouldn’t say there are any iconic helmet designs in F1 at the moment. Nothing we’ll look back on in 20 years with any fondness anyway. Most look like the stock designs you see in the shops with sponsor logos plastered over them.
@PeteBaldwin

Lella Lombardi, the only woman to achieve a points-scoring finish in a round of the Formula One world championship, died on this day in 1992.