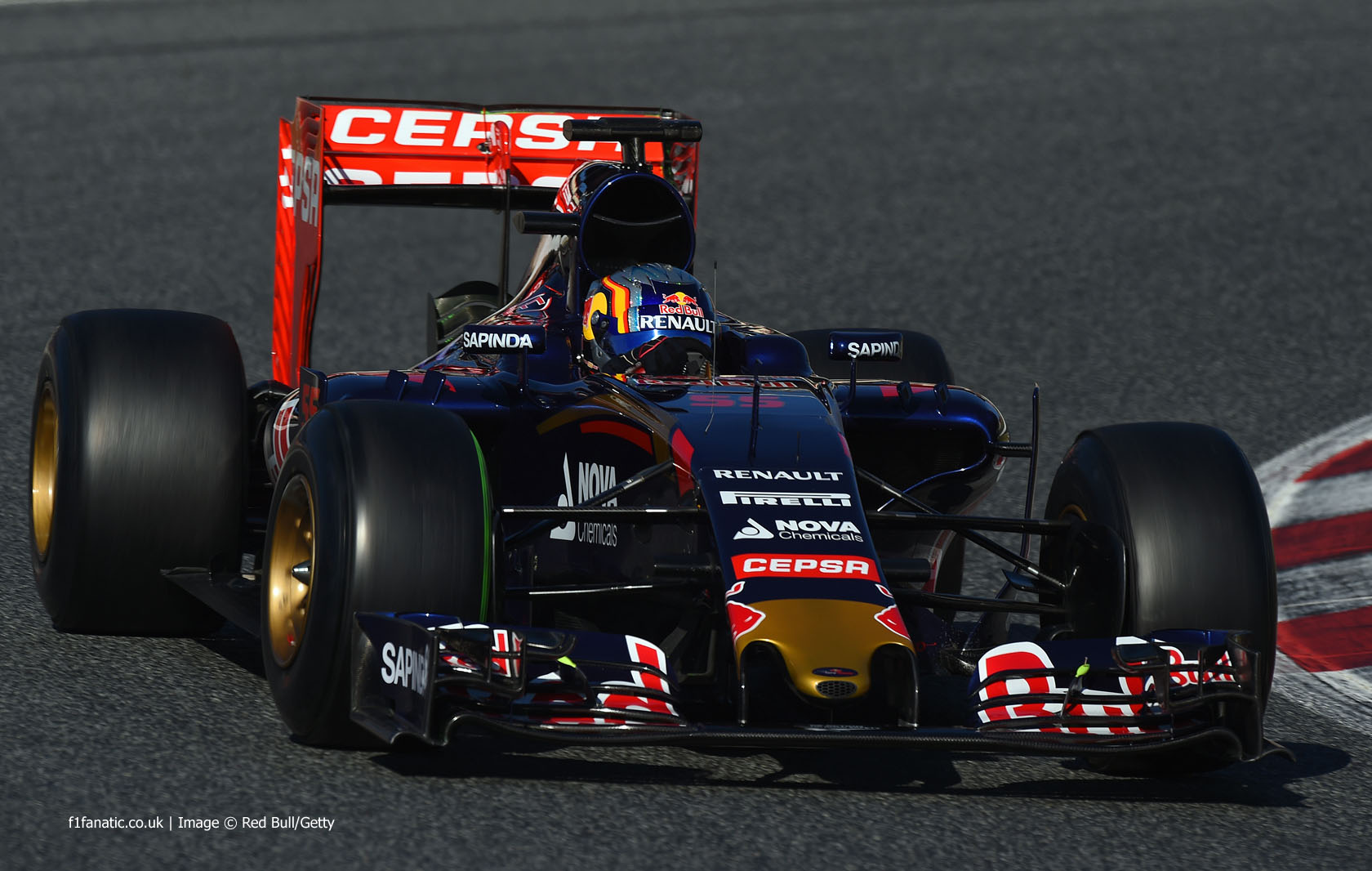 Toro Rosso has always been referred to as Red Bull’s junior team, and this year the emphasis is very much on ‘junior’.

However their role has gained further importance as they are the only other outfit using Renault’s engines. They can therefore make a useful contribution to the development of the Energy F1 power unit.

Nonetheless, this isn’t an F1 racing team in the conventional sense, merely the last rung on Red Bull’s driver development ladder. That at least ensures them the financial support of one of F1’s biggest spenders, but at the same time the knowledge they aren’t playing to win the big prizes.

Given that, team principal Franz Tost’s target of fifth place in the constructors’ championship is extremely ambitious. Can the team which ended last year a distant seventh beat Red Bull, Ferrari, McLaren or one of the Mercedes-powered teams? Realistically they’ll have to tick at least three of those boxes.

What’s more, they’ll have to do it with a brand new driver line-up. Not only that, one which has a total of zero F1 starts between them and is the youngest pairing the sport has ever seen.

A remarkable amount of ill-informed ageist drivel has been spouted by those with next to no knowledge of Verstappen’s junior career. Leaving aside the fact of his record-breaking youth, a stellar 2013 campaign in karts followed by an outstanding first year in Formula Three clearly marked him out as an F1 driver of the future.

Now Red Bull have made him an F1 driver of the present, and hopefully everyone can start paying attention to how good he is instead of how old he isn’t.

The son of two-times World Rally Champion Carlos Sainz has been a curiosity in Red Bull’s Junior Team. Despite being the first of their drivers to win the Formula Renault 3.5 championship – a feat neither Daniel Ricciardo nor Jean-Eric Vergne achieved – his faltering progress clearly did not inspire a cast-iron certainly that he is Formula One material.

It wasn’t until Sebastian Vettel’s sudden departure from Red Bull opened up an extra vacancy that he seemed likely to make the jump.

It is clear the STR10 is a more conservative vehicle for Renault’s upgraded 2015 power unit than its Red Bull cousin. It certainly ran more reliably from the off when testing began.

The general impression gleaned from testing was that Ferrari has made greater gains than Renault in this area. If that is indeed the case, it’s not hard to image how Toro Rosso could find themselves bringing up the rear in Australia, particularly as neither of its drivers have raced there before.

However the team got its Melbourne-specification aerodynamic kit on the car early at the final test and Sainz was pleased with the outcome. That at least raises hopes they will hit the ground running in Australia.

What do you expect from F1’s youngest ever driver pairing? How close will Toro Rosso get to their target of fifth place?