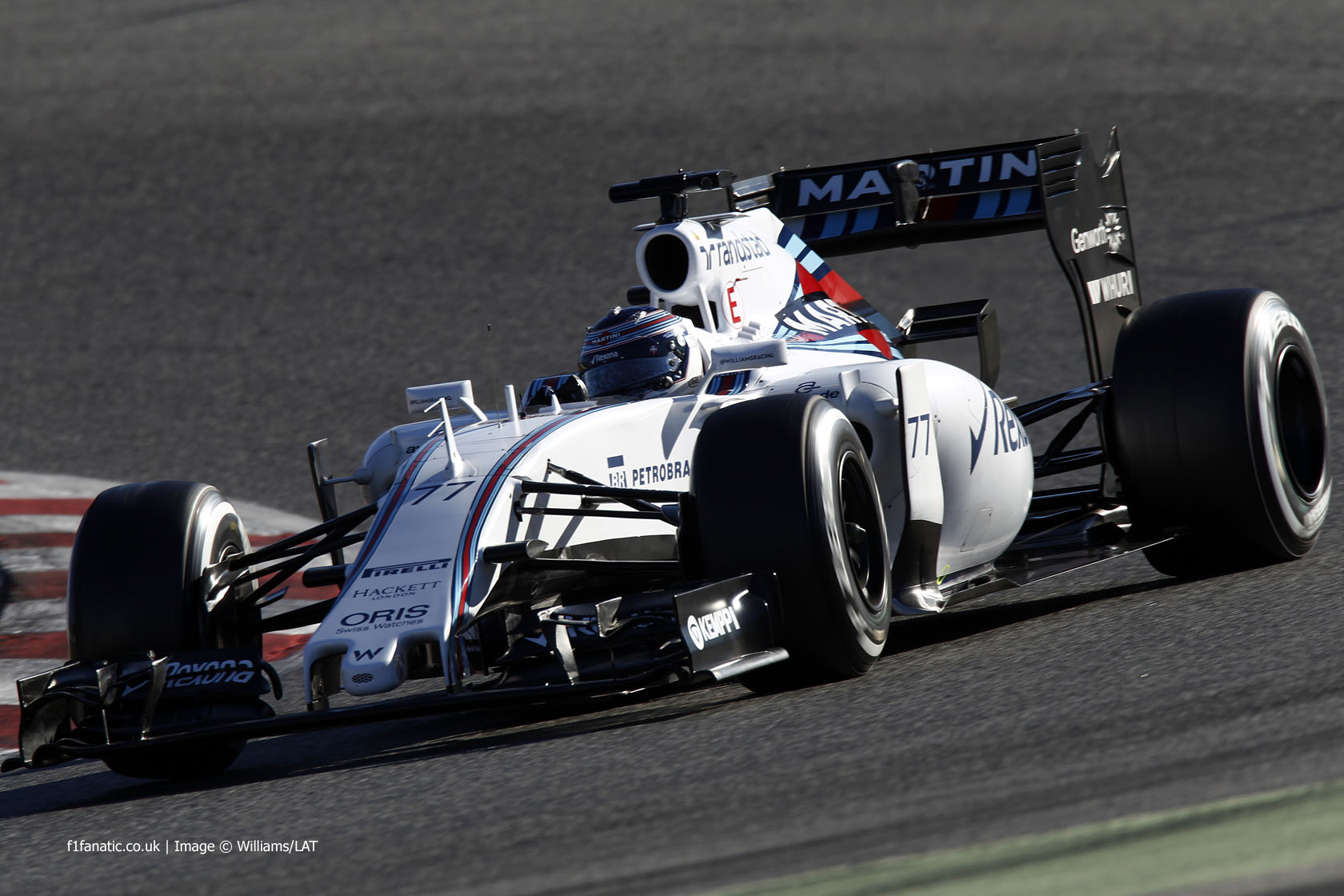 It’s telling that both Felipe Massa and Valtteri Bottas have spoken in glowing terms about how much progress Williams has made over the past 12 months. ‘It’s like a different team,’ was a common refrain during pre-season testing.

There’s no denying their surge to third place in the constructors’ championship last year owed a lot to them having Mercedes power. But they were the top Mercedes customer team, and it’s hard to imagine how the wayward outfit of 2013, which got everything wrong from its car to their pit stops, could have managed that.

But it will likely prove much harder for them to achieve the same this year against the works-backed second-generation efforts from Renault and Mercedes.

The value of consistency is not to be underestimated, however, and Williams have enjoyed a stable winter both on the technical side and in terms of their driver line-up.

Felipe Massa was comprehensively out-scored by Bottas last year, but he came on strong in the final races and even kept Lewis Hamilton honest in the latter stages of the season finale.

Having put the dark days of his latter Ferrari years behind him, Massa looked like he was back to his best at times in 2014. He’ll need to deliver on that potential this year if Williams are to have any hope of repeating their top three championship finish.

Valtteri Bottas has been on an upward trajectory so far: he did what he could with the difficult FW35 in his debut season, he grabbed a handful of podiums with a better car last year.

What 2015 may offer him yet isn’t clear, but it’s likely to involve sterner challenges both from the other half of the garage and from Williams’ front-of-midfield rivals.

The FW37 is clearly an evolution of last year’s successful design. Williams have made some concession to smooth out the peaky performance characteristics of last year’s car – such as its shortcomings in wet weather conditions – while not sacrificing too much of what made it so potent, namely its excellent straight-line performance.

The power unit is a known quantity so they should be on form straight out of the box. After that the question will be whether they keep up with the development rate of their richer rivals – and how serious a threat Lotus might be.

Can Williams hold onto third in the constructors’ championship this year? Is a win possible for them?

23 comments on “Williams challenged to repeat their high of 2014”