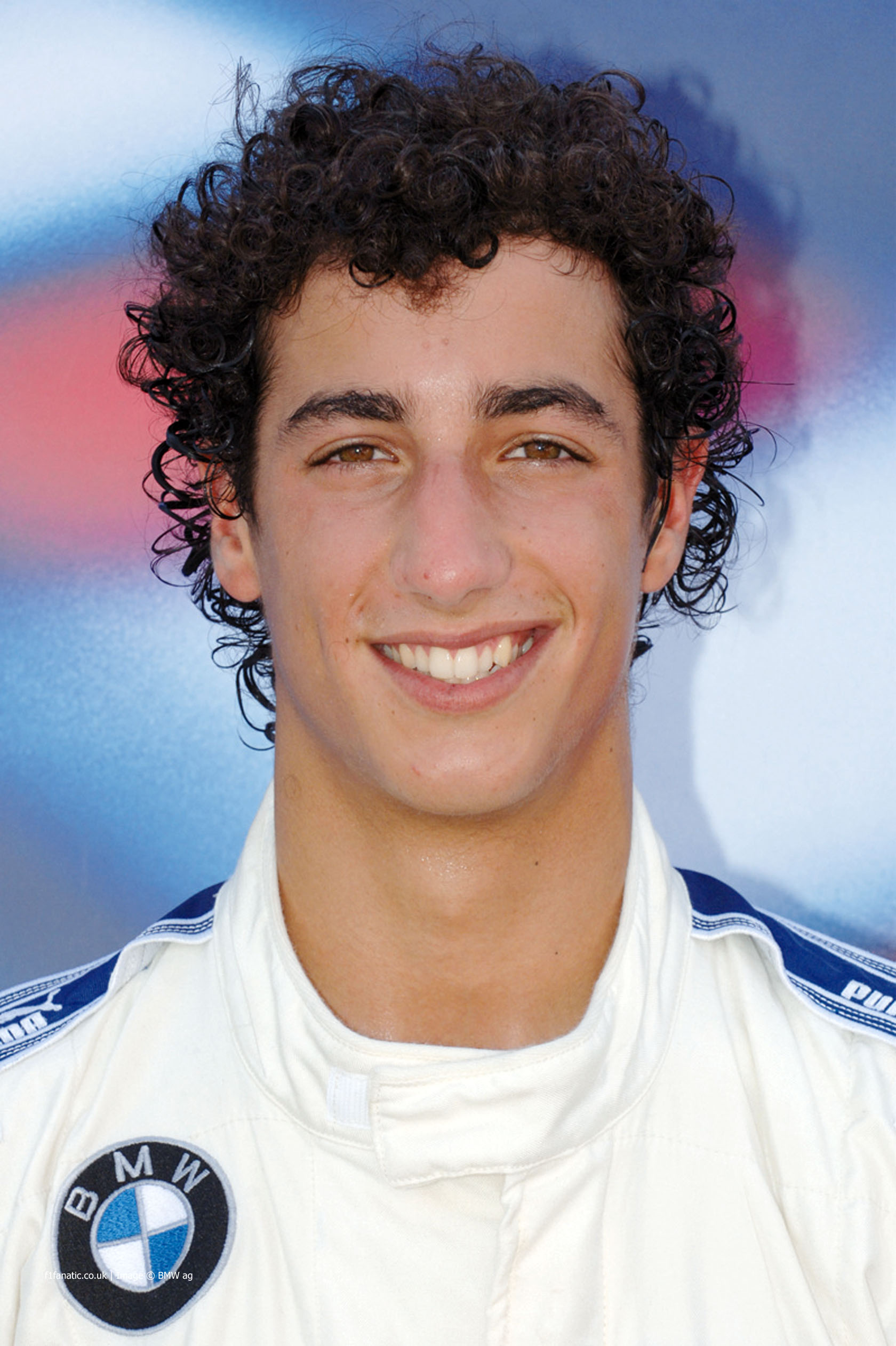 The Australian driver made his F1 bow with the struggling HRT team in 2011. Just three years later he was driving for the reigning world champions, and claimed a trio of victories last season.

The story began much earlier for the native of Perth who has Italian heritage. Karting in western Australia was never a guaranteed route to the big time where European racers were catching the big breaks in the lower single-seater formulae.

When the 15-year-old Ricciardo entered a 1990-vintage Van Diemen into the Western Australia Formula Ford championship, he had at least got a foot on the rung in cars. That season bought little joy as he remained far off the radar screen with such machinery, and renting a 1993 car for the season ending triple-header at Sandown Park failed to improve matters as he languished well outside the top ten all weekend.

Ricciardo had done enough to gain a scholarship place in Formula BMW – a category where future team mate Sebastian Vettel enjoyed extraordinary success in Germany. For 2006 Ricciardo joined the Asian Cup and became a race-winner at mid-season. Two wins at the Bira circuit in Thailand helped him to third in the championship, 59 points behind eventual champion Earl Bamber.

Seeking a move to the motor racing heartland of Europe, Ricciardo’s next move initially took him to Britain’s Formula BMW series. He appeared in the double-header round at Snetterton, and after retiring in the first race came home eighth in the second.

Ricciardo followed that up with a strong showing in the Formula BMW World Finals at Valencia, finishing fifth for Fortec, mostly behind drivers who were in their second year in the category. Here’s early footage of Ricciardo preparing for the event:

A week later, a damp Donington Park played host to a test in a Formula Renault 2.0 car which netted him a contract for 2007. RP Motorsport snapped him up for his first full year of racing in Europe, where he contested the Italian championship.

The season began promisingly with sixth place at Vallelunga. But a single podium finish at Valencia was as good as it got all year. Consistent but win-less, he ended the year sixth in the championship, and made little impression on his few appearances in the more prestigious Eurocup series.

But having gained a year’s experience on the European scene – and, crucially, earned the backing of Red Bull – Ricciardo made a breakthrough the following year. Now with SG Racing, Ricciardo went toe-to-toe with fellow future F1 star Valtteri Bottas in a scintillating season-long Eurocup battle.

Ricciardo scored the most wins but it was Bottas who edged the title by a three points. However Ricciardo had the beating of his rival in this celebrated battle between the pair at Silverstone.

Before his F1 victories, Ricciardo named that battle as his greatest moment in motor racing so far. “It gave me a real adrenaline rush,” he told the official F1 website.

Ricciardo went one better in the Western European Championship that year, winning eight times and overcoming a disqualification in Valencia to beat Roberto Merhi to the crown. He also crossed paths with future Toro Rosso team mate Jean-Eric Vergne for the first time. Formula Three beckoned for 2009. Ricciardo had dipped a toe in the water the year before, driving one of SG’s car in the Euroseries round at the Nurburgring and earning a promising sixth place series.

But for his championship tilt he returned to Britain to drive for reigning champions Carlin. Victories in the both races at the season-opening double-header at Oulton Park – despite being up against more experienced competitors – put him on course for the title from the off.

Ricciardo finished all bar two of the season’s 20 races in the top five. That consistency saw him clinch the title at the penultimate round at the Algarve circuit in Portugal, despite Euroseries racer Jules Bianchi making an appearance and winning both races:

By the end of the year Ricciardo’s championship tally put him a convincing 87 points clear of his rivals, he was Australia’s first British F3 champion since David Brabham in 1989.

Ricciardo ended the year by making his only visit to the track he now names as his favourite – the Macau Guia circuit, home of the F3 grand prix, which he dubs ‘Monaco on steroids’.

But despite his fondness for the track it wasn’t kind to him. Having lined up sixth for the race behind the likes of Marcus Ericsson and Bottas, he went out in a first-lap crash which also eliminated half-a-dozen of his rivals. Ricciardo had prepared for his 2010 move to Formula Renault 3.5 with a one-off appearance at the Algarve meeting in 2009. Returning with Tech 1 the following year, he was partnered with fellow Red Bull junior driver Brendon Hartley – a key rival for future F1 promotion.

However the toughest opposition came from Russian Mikhail Aleshin, who was racing in the category for the fourth year. He won two of the opening three races, but Ricciardo hit back with victory in the prestigious Monaco Grand Prix support race.

The remainder of the season developed into a tooth-and-nail fight between Ricciardo and Aleshin. With four races to go Ricciardo suffered a major setback when he was flipped out of the first Silverstone race by rival Jon Lancaster:

The next day Ricciardo came home second while Aleshin finished out of the points. There was just three points between them ahead of the final double-header at the Circuit de Catalunya.

Ricciardo won the first race, followed home by Aleshin. Now they were tied on points with Ricciardo ahead on count-back of wins. Heading into the final race he was leading the championship for the first time.

Wet conditions made for an intense final race. Ricciardo held third place ahead of Aleshin for much of the race, but in the dying minutes his rival found a way around him at the most unlikely of places.

Ricciardo tried to retaliate, but spun off in his efforts, and saw the championship slip through his fingers:

Following the disappointment of 2010, Ricciardo returned to Formula Renault 3.5 the following year. Although another title had narrowly eluded him, he had impressed Red Bull when given the chance to drive their F1 car.

Ricciardo tested the team’s RB5 at the end of 2009, and at the Young Drivers’ Test in 2010 he raised eyebrows by lowering Vettel’s pole position time at the Yas Marina circuit by over a second.

He made his first appearance in an F1 race weekend at Melbourne that year as a reserve driver for Toro Rosso, and almost matched the pace of the team’s regular driver Sebastien Buemi. He went one better on a later outing in Turkey, lapping slightly faster than Buemi.

His Formula One commitments took priority over a second year in Formula Renault 3.5, though he won the Monaco support race again. But Red Bull believed the time was right to get him in an F1 car – even if that meant an uncompetitive HRT.

He made his debut at the British Grand Prix and saw out the rest of the year alongside Vitantonio Liuzzi, a former member of Red Bull’s junior programme. But while Liuzzi bowed out of F1 at the end of the year, Ricciardo was now set for a promotion to Toro Rosso – and beyond.